Add to Cart
$19.00
& FREE Shipping on eligible orders. Details
Sold by: Amazon.com
Have one to sell?
Sell on Amazon 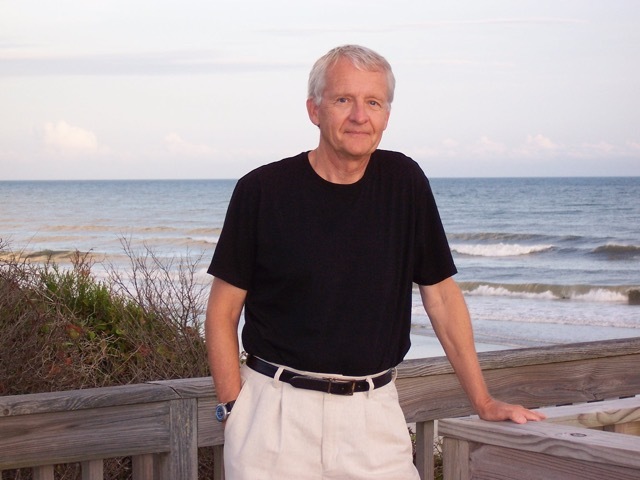 "Long Lens abounds in examples of how the right moves with perspective are acts of attentiveness by which a poem's design springs from underfoot, with a reach that can take in worlds."
— The Hollins Critic

"That old head–scratcher Emerson famously…said that we either belong to the Party of Memory or the Party of Hope. Peter Makuck, whose has been one of the happy arrivals in my mailbox this year, belongs to the former. Yet this new book will also show a man on a three–decade's–long mission to argue that as far as these parties are concerned, it's a distinction without a difference."
— The Cortland Review

"The publication of a 'new and selected' edition of a poet's work is a high–water mark for the writer's career…It's also a statment from the publisher that here is a writer whose work has passed the testing of time. In the case of Peter Makuck's Long Lens: New and Selected Poems, the poet has passed the test with flying colors."
— The News and Observer.com

Founder of Tar River Poetry and editor for 30 years, Peter Makuck taught at East Carolina University from 1976 to 2006. His stories, poems, reviews and essays appear in Poetry, The Nation, Hudson Review, The Sewanee Review, and The Georgia Review. He is author of four volumes of poetry, two short story collections, and co-edited a book of essays.

Start reading Long Lens on your Kindle in under a minute.

Katie Smith
5.0 out of 5 stars Smooth and Vivid
Reviewed in the United States on January 17, 2011
Verified Purchase
I thought this was a very good book - all separate poems with a common landscape for many of them - the ocean/sea. Very thoughtful book - it was recommended to me and I recommend it to you
Read more
2 people found this helpful
Helpful
Comment Report abuse

Morgan
5.0 out of 5 stars and I like how he connects his own experiences to nature
Reviewed in the United States on April 19, 2017
Peter Makuck’s poetry is calming and gives me a chance to reflect on my life. He often uses nature to convey his ideas, and I like how he connects his own experiences to nature. He also uses nature to connect human experiences. Many of his poems seem autobiographical (I don’t know whether they are), but even these poems allow readers to find themselves in Makuck’s poetry. One example is “Ladybug.” I was expecting a poem about ladybugs and their life cycle or their appearance. Makuck does compare the “orange” of the ladybug to the orange or “your old Volkswagen bug.” However, this description has more to do with reminiscing about past experiences than with the actual appearance of the ladybug. Throughout the poem, Makuck reminisces about his experience leaving home for college. The ladybug brought these memories back to him, and he acknowledges it. Reading this poem made me want to understand my own memories better. What small thing make me think of the past? For Makuck, a small ladybug made him think of the great journey of moving to “a college four states away.” Our memories are connected to so many different things, and Makuck explains this in his poetry.

Makuck also focuses on his travels. “Toldeo, Spain” describes the seemingly simple experience that he remembers from Spain rather than the tourist destinations and other unfamiliar surroundings. Again, Makuck gives an example of how our memories are connected to strange things. What was it about this experience that stuck with him more than “reflecting pools in the Alcazar”? He doesn’t answer this question, but he invites us to explore the answer for ourselves.

Sam Love
5.0 out of 5 stars This is high def poetry at its best
Reviewed in the United States on February 12, 2014
I recently read Peter Makuck’s poetry anthology Long Lens. Peter’s work stands out as some of the best from a master who has polished his craft for decades. Much of his work consists of observations about place, the type of observations that most of us miss as we scurry around with our busy lives.

He draws from his experiences in the real worlds of manual labor and nature to open doors of perception for those of us who have never felt the heat of paving a driveway or casting a line off shore in the Gulf Stream. He actually encourages us to become truants from reality as he stops his car to watch a “black trance” of a water top, interrupted only by a “blaze of blond hair” in a kayak with “blades flashing.”

My favorites are his poems on observing nature, a constant theme he explores. He can paint the picture so that you feel you are there and it doesn’t matter if it is a chance rescue of a young swimmer or a hawk capturing a squirrel. As the choice words and rhythms unfold, the images become more vivid than television. If there is such a thing as high definition poetry, Peter’s mastered it.