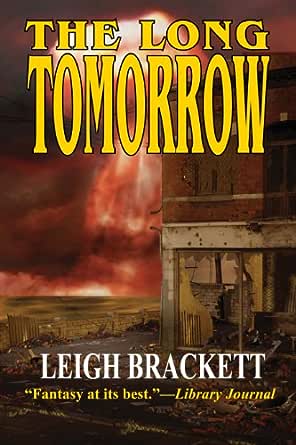 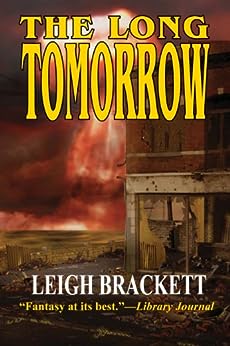 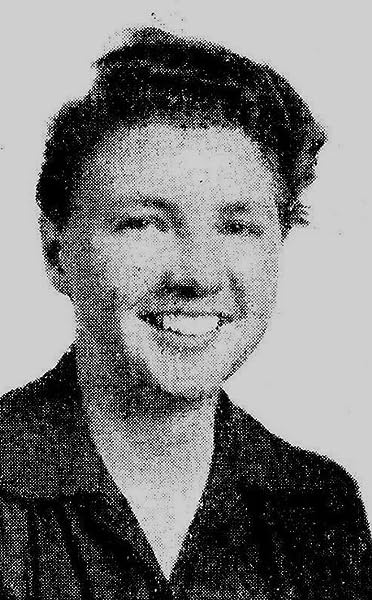 No Bio --This text refers to an alternate kindle_edition edition.

4.1 out of 5 stars
4.1 out of 5
101 global ratings
How are ratings calculated?
To calculate the overall star rating and percentage breakdown by star, we don’t use a simple average. Instead, our system considers things like how recent a review is and if the reviewer bought the item on Amazon. It also analyzes reviews to verify trustworthiness.
Top reviews

Charles Taylor
3.0 out of 5 stars Huck Finn post nuclear war
Reviewed in the United States on October 2, 2016
Verified Purchase
This is a worthwhile, if slow, post-apocalypse novel. Two boys growing up in a repressively religious country village, in what was the southern US, rebel against the restrictions on knowledge and use of any technology beyond the steam engine. They flee down river in search of freedom and a rumored enclave where science is still known.

One of he best aspects of the novel is the world building- the presentations of the different religious sects, and the set piece descriptions of a stoning at revivalist prayer meeting, and an attack by one village community on another where the building of a warehouse becomes a religious flashpoint. There is also a wonderful portrait of the grandmother of one of the boys, whose wistful regrets of the world she knew as a child are one of the motivations for their rebellion.

Also a strength is Leigh Brackett's willingness to avoid pat answers and easy resolutions- but this also contributes to the slowness of the book, and makes the ending somewhat flat.

There are a number of other books with similar settings- Davy by Edgar Pangborn, or A Canticle for Liebowitz, for example. While this book isn't as effective as these, it is still worth reading.
Read more
6 people found this helpful
Helpful
Report abuse

Kindle Customer
4.0 out of 5 stars What do we fear?
Reviewed in the United States on January 9, 2016
Verified Purchase
It’s a generally accepted axiom of science fiction writing (and other media) that much of it reflects the fears of the times in which it is written. That said, I found it was thought-provoking to read “The Long Tomorrow” and “Legend,” by Marie Wu, within a few days of each other.

“The Long Tomorrow” is considered a classic of early science fiction writing and, admittedly, some of the writing seems dated. Published in 1955 and written by one of the vanishingly few female SF writers, it’s the story of a young man’s growth to adulthood in a post-nuclear world where U.S. society has suffered great loss and recovered slowly into a quite different place. The Constitution now bans towns of more than 200 buildings, and society considers all technology to be evil, punishable by death. Some elderly people tell what sound like tall tales about enormous buildings and vehicles that fly and lights that burn without candle or oil lamp, but they are adamantly hushed by the new world. The average person fears the science that created such horror. They fear the unknown long-term consequences of the nuclear world. Part of the plot of the last half of the book is coming to grips with that fear.

Clearly “The Long Tomorrow” was written fewer than ten years after the world-changing events of Hiroshima and Nagasaki, when Jane Q. Public had no idea how this horrifying power could be contained, or what effect it would have long-term. It reflects a grinding fear of the nuclear world.

Marie Lu’s “Legend” is a relatively recent young adult science fiction novel about a young man and a young woman coming of age in a world of brutal income inequality and ongoing military surveillance and suppression.

So many recent novels (the past ten years, say) have carried this theme. Dystopian. Society has failed. Income equality has destroyed the lives of the average person. The police and military are feared. In some, potable water has begun to run out. In some, lost cities are underwater.

If science fiction truly does reflect the fears of the times, it’s clear to see what we’re afraid of now. We don’t worry much any more about nuclear annihilation, although that’s still a possibility. We worry about the police state, about irreparable environmental damage, about the 1% pulling themselves away behind walls and onto space stations and leaving the rest of us to fend for ourselves in a collapsed society.

It’s enlightening to read science fiction, if for no other reason than to be faced with our deepest fears … and our greatest dreams and wildest hopes for the future.
Read more
10 people found this helpful
Helpful
Report abuse

chemwiz54
5.0 out of 5 stars A timeless story
Reviewed in the United States on December 8, 2020
Verified Purchase
The Long Tomorrow is an easy read. The story shows the struggle of finding yourself both in familiar and unfamiliar settings. I was surprised how well a 65 year old book held up in 2020. It was if it was written yesterday (allowing for one or two interpretations of technology). The character
Development is what really drives the story.
Read more
Helpful
Report abuse

rock doctor
4.0 out of 5 stars raises important questions about what we as a people value
Reviewed in the United States on May 31, 2015
Verified Purchase
A mature work that develops a new world different from what many of us have always assumed about the post apocalyptic world. It causes the reader to ask some important questions about our values - emphasis on stability versus progress, security vs freedom, faith vs inquiry.
Amazing given the time it was written.
Read more
9 people found this helpful
Helpful
Report abuse

Maker
3.0 out of 5 stars but it took the decade of the 50's to impress how horrible nuclear war was
Reviewed in the United States on October 13, 2014
Verified Purchase
The Long Tomorrow appears to be the Great-Grandaddy of post-nuclear war books. Predating Fail Safe/Alas, Babylon/On the Beach, Brackett imagines a future world where religion is the controlling force of a new republic and science is nearly forbidden.

This was a naive portrayal of the post-war, but it took the decade of the 50's to impress how horrible nuclear war was.

Brackett may not be the best of the genre, but she was the first . . .
Read more
2 people found this helpful
Helpful
Report abuse

RoswellBooks
5.0 out of 5 stars 1950s post-apocalyptic drama.
Reviewed in the United States on January 19, 2013
Verified Purchase
In the 1950s, a nuclear war between the U.S. and the Soviet Union seemed almost inevitable. This is one of several excellent post-apocalyptic novels from that time period, including "On the Beach," "Alas, Babylon," and "Day of the Triffids." This one is less science-fiction and more a tale of survival and of survivors seeking that which was lost in the great conflagration. In other words, it's a great drama set in a post-apocalyptic world reflecting a Cold War outlook on what the end of the world might be like. Incredibly interesting, especially for those interested in studying this fascinating period in human history.
Read more
One person found this helpful
Helpful
Report abuse

D Allen
5.0 out of 5 stars But I did really enjoy the book
Reviewed in the United States on August 21, 2016
Verified Purchase
I hear this was a classic of Sci-Fi, I'm not a literature scholar so I won't speak to that. But I did really enjoy the book. The author did a wonderful job fleshing out her ideas. I would highly recommend this book.
Read more
2 people found this helpful
Helpful
Report abuse
See all reviews

Amazon Customer
5.0 out of 5 stars Great read
Reviewed in the United Kingdom on June 6, 2018
Verified Purchase
I love how the book makes you feel as though cities and tech are really taboo, almost makes you look at even the city in wonder!!
Read more
One person found this helpful
Report abuse

Thomas Osborne
5.0 out of 5 stars Brilliant book due to the themes it explores
Reviewed in the United Kingdom on July 12, 2016
Verified Purchase
The book really digs into ideas of conscience, hope, freedom of speech and expression, fundamentalism and the impact of nuclear war on civilisation.

I strongly recommend this book as such themes raised are as relevant today as when the book is written, and is important as it makes you question different ideas through compelling characters and an overall great narrative.
Read more
2 people found this helpful
Report abuse

Richard S.
1.0 out of 5 stars Disappointing
Reviewed in the United Kingdom on November 9, 2018
Verified Purchase
Didn’t really like this book, found it quite boring
Read more
Report abuse

Noelia M.
3.0 out of 5 stars Interesting story
Reviewed in Spain on September 16, 2020
Verified Purchase
I have to say I did enjoy this book: the story is interesting and the writting makes you want to know more. Nevertheless, the lack of good female characters is really disapointing. There are only two main women in the story and they are both portrayed as evil. I honestly expected more from a female author. At the beginning I thought it was because of the story itself -postapocaliptic USA, people living in religious villages- but as the story developpes it's easy to see that the author just wanted to do it that way, which is a shame, because the two women I'm talking about could add much more to the story. All in all, the plot is intriguing and I found myself trapped in the story after some pages.
Read more
Report abuse
See all reviews