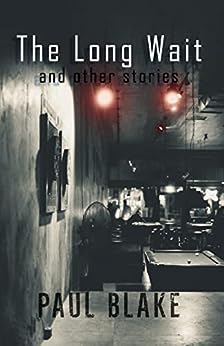 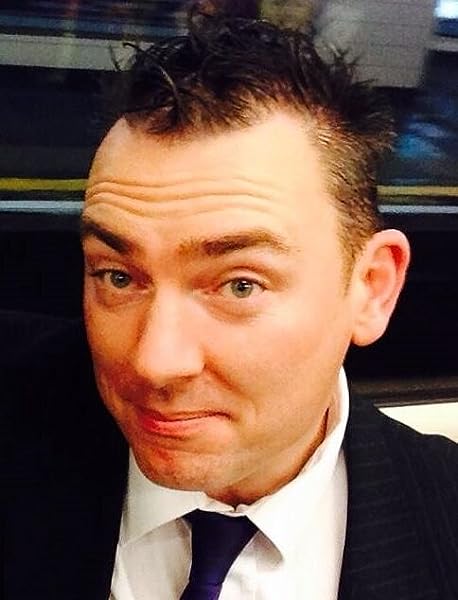 The Long Wait: And Other Stories Kindle Edition

by Paul Blake (Author) Format: Kindle Edition
See all formats and editions
Sorry, there was a problem loading this page. Try again.

Paul Blake, the author of A Young Man’s Game and A Few Hours After This, brings you his second short story collection: The Long Wait.

It contains twenty-five stories that cover a range of themes: from dragons swooping through a forest, to a soldier coming home to meet up with his sweetheart, to a Prime Minister and his meeting with the Loch Ness Monster, to a family sitting watching television in a bombmaker's home, to a tale of revenge and ambition in a future city, to a man transported from the streets of New York to the wilds of a jungle and back.

Get in to your favourite reading spot, wrap yourself in a blanket, and lose yourself among a multitude of characters and settings.

His first novel, A Young Man’s Game was published in 2018. He released a short story collection called A Few Hours After This in April 2019. He is currently outlining the sequel to A Young Man’s Game and also working on a ninja based novel.

Leonard T
5.0 out of 5 stars 5 out of 5 Waiting Stars for this one!
Reviewed in the United States 🇺🇸 on January 7, 2022
Verified Purchase
They say that "variety is the spice of life."  If that is indeed true, then The Long Wait by author Paul Blake is a spicy concoction of tales not to be missed.  For those who are searching for a book that is written so well that you are finally able to sit down and enjoy a temporary escape from the reality of life... read on!

Essentially, the book is a collection of twenty-five short stories.  What is particularly intriguing about this anthology is the diverse range of the tales.  Unlike many other collections I have read, there is no "one" overriding theme in The Long Wait.  We are treated to thrillers, fantasy, crime, horror, science fiction and a touch of political satire.  A smorgasbord of literary delight!  From creepy serial killers, virtual reality gaming escapades gone wrong, and even racing dragons.  The choice and variety is impressive.  Perhaps my personal favorite story is "Dear Jessie."  The juxtaposition of tragedy and unadulterated joy is both moving and poignant.  There is such an innocence about the protagonist in this story that I found it to be quite touching.

There is little doubt that the reader will experience a wide range of emotions when reading these stories.  At various points I personally felt happiness, sadness, surprise, anger and empathy.  I became emotionally invested in the tales which ended up bringing the level of engagement to the next level.  This was further supported by a very smooth flow in the writing which moved at a brisk, yet perfect pace.  Long enough for the reader to become engrossed, but not drawn out in a way which would minimize the natural engagement in the work.  Also, one particular technique which the author utilizes frequently are plot twists near, or at the end of many of the stories.  Each one left me deep in thought and wanting more.  An impressive feat for an author to accomplish.

While the plot of the various stories is captivating, this is only further backed up by solid character development and descriptive settings.  It can often be difficult to fully develop characters in short tales or flash fiction.  Be that as it may, they do need to always come across as authentic and genuine.  if not, the rest of the story will fall flat and feel contrived.  There is no risk of that here.  The various players throughout the tales are both real and believable.  In many cases they are just so easy to identify with that it truly feels like they could really be any one of us.  Maybe just in the right place at the wrong time!  Further, by providing a descriptive setting to match the story events- and to an extent the characters- the author draws us in even further to his fictional world.

Without a doubt I would highly recommend The Long Wait to the reading audience.  These stories are short and powerful and will leave a lasting impression upon a gobsmacked audience.  They pack a punch!
Read more
One person found this helpful
Helpful
Report abuse

K. Lynch
5.0 out of 5 stars Paul does it again..
Reviewed in the United States 🇺🇸 on February 26, 2022
Verified Purchase
Once again, showing off his amazing master ability to take the reader wheresoever he chooses, and we've no choice but to follow. A Long Wait, as varied as the stories are, never cease to grab you from the opening line. Always enjoy his rare talent to bring the reader into the story, where one is not a dispassionate observer, but becomes one with the characters, and their adventures, or misadventures, as the case may be. Grab your copy, and hang on..
Read more
Helpful
Report abuse
See all reviews
Report an issue
Does this item contain inappropriate content?
Report
Do you believe that this item violates a copyright?
Report
Does this item contain quality or formatting issues?
Report