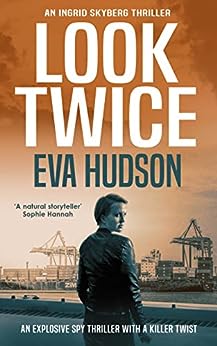 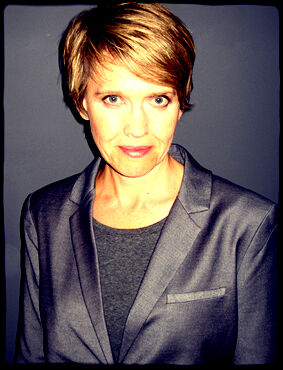 by Eva Hudson (Author) Format: Kindle Edition
Book 8 of 9: Ingrid Skyberg
See all formats and editions
Sorry, there was a problem loading this page. Try again.
An explosive spy thriller with a killer twist.

When Special Agent Ingrid Skyberg discovers an undeveloped roll of film left behind by her predecessor in the FBI, she isn’t sure what to make of the strange photos he took. A map of Scotland, an out-of-print book, a rare bird, a cluster of Post-It notes, an office party… do these images have something to do with crimes he committed as a Russian double agent known as ‘Skylark’?

Ingrid starts digging and becomes convinced that – far from being a traitor – her predecessor was just another victim of the mysterious Skylark who has killed many times to protect his identity. When a case file she has been using is suddenly deleted from the system, Ingrid knows that Skylark is now watching her… and the race is on to find him before she becomes his next victim.

Look Twice is a high-octane spy thriller that will have you on the edge of your seat, flipping the pages to find out if Ingrid can survive her most ruthless opponent yet.

Look Twice is the 8th book in the Ingrid Skyberg thriller series, but the novels can be read in any order.

"Gripped me from the first page" - DS Butler

After years of enjoying thrillers and police procedurals by authors like Lee Child and Michael Connelly, Eva was inspired to write thrillers herself. In 2011 she won the inaugural Lucy Cavendish fiction prize for her first novel, The Loyal Servant and never looked back.

Next 2 for you in this series See full series
Total Price: $9.98
Books In This Series (9 Books)
Complete Series
Ingrid Skyberg
Kindle Edition
Page 1 of 1Start OverPage 1 of 1
Previous page
Next page

Ingrid’s best friend Megan was abducted when they were both fourteen. She has spent every day since wondering what happened to her.

It's the pain that keeps you going.

Wracked by survivor’s guilt, Ingrid joined the FBI to hunt down the man who took Megan. She’s spent two decades looking for him, but both he and Megan have vanished. That's better than finding a body, right?

There is only one way to numb the pain.

And that’s making sure no one else has to endure what Ingrid has gone through. Every villain behind bars, every child returned home, is medicine for Ingrid. Turns out, she is addicted to her meds.

Ingrid recently took a job in London to put some distance between her and the past. She now works out of the US embassy, and when an American citizen gets in trouble on UK soil, or winds up dead, Special Agent Ingrid Skyberg is on their case.

"Ingrid Skyberg rivals Michael Connelly's Harry Bosch and and Dennis Lehane's Patrick Kenzie as the best in the genre."

"Look Twice is another brilliant story with the enigmatic Ingrid Skyberg. It's pacy, has lots of surprising twists and turns and keeps you guessing till the very end."

"Eva Hudson has done it again. She has taken a flawed character and made her a heroine."

"This crime story was awesome. Full of suspense and intrigue throughout. Once I started it, I couldn't put it down."

In 2011, her first novel - The Loyal Servant - won the inaugural Lucy Cavendish fiction prize from Cambridge University. She published the first of her chart-topping Ingrid Skyberg Thrillers in 2013 and never looked back.

In 2011, her first novel – The Loyal Servant – won the inaugural Lucy Cavendish fiction prize from Cambridge University. She published the first of her chart-topping Ingrid Skyberg Thrillers in 2013 and never looked back.

Join Eva's mailing list at evahudson.com and receive Run Girl, a prequel novella to the Ingrid Skyberg series for free!

Click the FOLLOW button and Amazon will let you know when a new Skyberg adventure is published.

Rosy Reader
5.0 out of 5 stars Race for the Truth
Reviewed in the United States 🇺🇸 on September 7, 2021
Verified Purchase
This eighth book in the series connects back to the first and subsequent books in the series. If you haven't read them, I think you'll benefit from doing so, before reading this one.

Ingrid Skyberg, FBI special agent located in London, discovers a camera. Her curiosity is piqued because of its location and the obvious length of time it was hidden. After she discovers what was on the undeveloped film, she is temporarily stumped and drawn into the mystery at the same time. While unraveling the clues, she meets a series of "roadblocks", and has to deal with her emotional mother.

The author did a wonderful job of intertwining a mystery within a thriller and sprinkling in enough family drama to keep the heart pumping. I could almost hear the internal screaming that Ingrid was doing at her mother and those blocking her path from solving a case that no one knew existed.

Disclaimer: I voluntarily read a pre-published copy of this book. Above are my honest insights. I have purchased a copy for my own virtual library.
Read more
One person found this helpful
Helpful
Report abuse

John Sachs
5.0 out of 5 stars Another thriller
Reviewed in the United States 🇺🇸 on April 3, 2022
Verified Purchase
Another great thriller! Ingrid is able to balance a drive to solve her best friend's, Megan, death at the hands of her kidnapper and solve the unexplained deaths of US citizens in the UK. Eva Hudson writes in a captivating manner that prevents the reader from putting the book down!! Can't wait to read the next book in the series!!
Read more
Helpful
Report abuse

Kindle Customer
5.0 out of 5 stars Murderous Dip!omat
Reviewed in the United States 🇺🇸 on April 7, 2022
Verified Purchase
This is an excellent book about murder, reason and deception. The plot has many twists. The ending is full of action.
Read more
Helpful
Report abuse

Wayne Mortensen
5.0 out of 5 stars Suspense filled great writing
Reviewed in the United States 🇺🇸 on September 30, 2021
Verified Purchase
This is author is way under priced for the quality of her writing. Suspense filled and thoroughly enjoyable reading. Ingrid kept me from being unable to put down the book, I was drawn in and wanted to know what would happen next. I am looking forward to the next adventure.
Read more
Helpful
Report abuse

Tony
5.0 out of 5 stars Awesome crime story
Reviewed in the United States 🇺🇸 on November 21, 2021
Verified Purchase
This crime story was awesome. Full of suspense and intrigue throughout the story. Once I started it I couldn’t put it down.
Read more
Helpful
Report abuse

Read n Tell
5.0 out of 5 stars Great Series
Reviewed in the United States 🇺🇸 on December 27, 2021
Verified Purchase
This series is all the good things the rave reviews says it is! Can hardly wait for the release of book nine!!
Read more
Helpful
Report abuse
See all reviews

Tigerclaw
4.0 out of 5 stars Another Good One As Espionage In The Present And Trauma From A Teenage Past Dominate
Reviewed in the United Kingdom 🇬🇧 on February 11, 2022
Verified Purchase
This is a book that closes some loose ends. Emotional in places, as the past and present provide the answers or do they?

Following on from Special Agent Ingrid Skyberg previous adventure the excellent Flight Risk. Where amongst other things she became a hero for saving the life of the First Lady of the United States.

What now for Ingrid? Has she gone up the ranks in the FBI?

She is still based in London. Where she comes across by pure chance some items that were hidden away in the embassy at Grosvenor Square. Who left them there? More importantly, Why? It is only a puzzle of mixed notes and photographs.

Ingrid starts digging around to find out more. Before she knows it. The world of espionage, complete with traitors and cold blooded assassins. Have Ingrid as their target.

If you are familiar with the earlier books. You will remember characters like Sol Franklin, Angela Tate, Natasha McKittrick and Nick Angelis. They all make a contribution to this.
Read more
Report abuse

D. English
5.0 out of 5 stars Pacy, gripping and a good read
Reviewed in the United Kingdom 🇬🇧 on September 30, 2021
Verified Purchase
This has been a tour de force, a story with a twist that keeps you reading to the very last line. I shall look forward to Book 9 in this series as the Skyberg legend makes her way amongst the streets of London with a cast of excellent characters. Keep it going Eva, I know that writing is not easy and a gift that your are sharing with us all. Thank you
Read more
One person found this helpful
Report abuse

Maz
5.0 out of 5 stars Another great Ingrid story!
Reviewed in the United Kingdom 🇬🇧 on February 26, 2022
Verified Purchase
It was a bit of a thrill to find a new Ingrid Skyberg book out. Really enjoyed this one. A little slow to start and then gallops
away to a big build-up!
Lots of names to remember; I had to go back sometimes to think who they were, but a great story.
Looking forward to the next!
Read more
Report abuse

Book Groupie
5.0 out of 5 stars Just what we've been waiting for!
Reviewed in the United Kingdom 🇬🇧 on September 9, 2021
Verified Purchase
It's been too long since we last enjoyed Ingrid's adventures so Look Twice had a lot to live up to yet it managed to exceed my expectations. I couldn't put it down! So many twists and turns - just when I thought I'd worked things out I was proved wrong again. Fascinating, intriguing, entertaining - it's got the lot! A 'must read'
Read more
Report abuse

Susan Scallan
5.0 out of 5 stars Twists and Thrns
Reviewed in the United Kingdom 🇬🇧 on September 13, 2021
Verified Purchase
Always love Ingrid Skyberg stories and Look Twice lived up to its name. Nothing was what I was e petting except for Igruds grit and determination. Ending was conclusive and also heartbreaking. Looking out for the next one.
Read more
Report abuse
See all reviews
Report an issue
Does this item contain inappropriate content?
Report
Do you believe that this item violates a copyright?
Report
Does this item contain quality or formatting issues?
Report