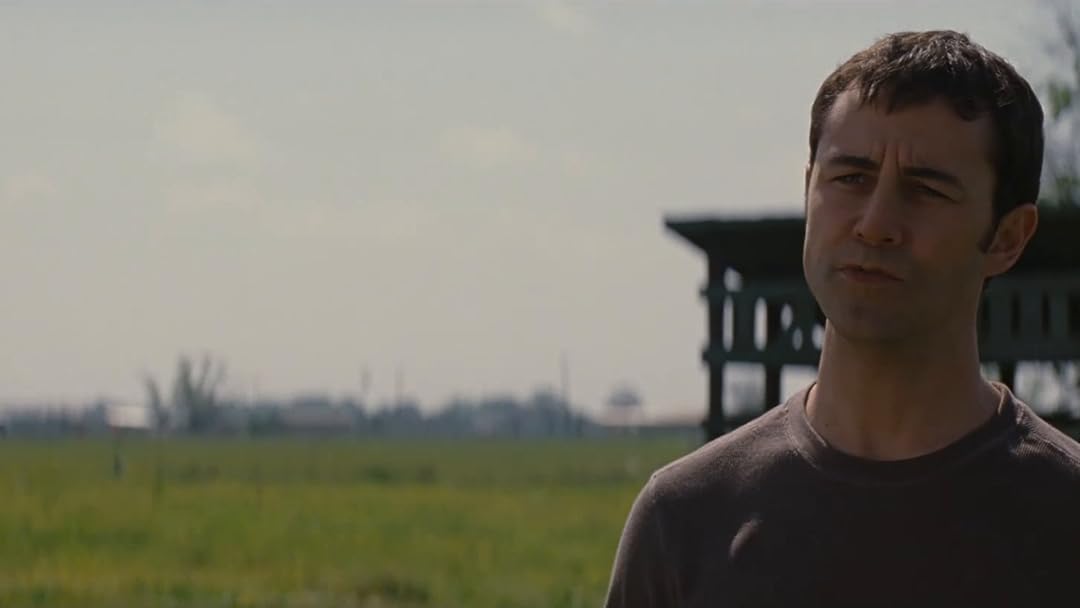 H. Jones JrReviewed in the United States on August 13, 2018
2.0 out of 5 stars
Disappointing...
Verified purchase
I bought this on a whim because I like sci-fi and Bruce Willis and it was comparatively cheap. I hesitated for a moment because it's written and directed by Rian Johnson (I've yet to see something of his that I like, and don't get me started on The Last Jedi). Regardless, I took the plunge, how bad could it be?

First off let's get the positive stuff out there. Solid acting all around, great visuals and effects. Johnson can at least construct interesting scenes even if he can't tell a compelling story. The initial concept is interesting. That's about it. Everything else about the movie sucked, cliché plodding story full of plot holes and convenience writing.

Plot holes. Logic conundrums are expected in time travel movies, and some get away with more because they are light-hearted like the Back to the Future trilogy. Looper however plays it very serious and dystopian. That's only a problem because the holes are practically gaping. For example, in the future time travel is used by the mafia to dispose of people by sending them back in time (still alive) to be dispatched by loopers. Apparently, forensic science is so good in the future it's impossible to get away with murder, but apparently you can disappear someone with highly illegal time travel tech and no one's the wiser. Ok. Then it breaks it's own rules when future mafia comes after Willis and his wife using LETHAL force! What was the point of sending your victims back in time still alive again? Then there is the ending, which is the typical kill a big bad from the future when he is young and defenseless paradox. The movie plays it like the Big Bad becomes the Big Bad because of Willis' vendetta against the Big Bad for killing his wife. Hence another loop. But how did the loop start? Without that information Gordon-Levitt's (aka young Willis) actions at the end may not make a difference at all.

There are other logic problems and paradoxes, and I could live with them if there weren't other problems. The film is slow and about 30 minutes too long. I had a hard time caring about the characters, except for Bruce Willis (but only because he is Bruce Willis, his character in this movie is definitely as morally grey as the rest of them EDIT: actually he's kind of evil, even if he's only taking his actions to save his wife and other loopers). The action is sub-par, and I didn't know that a future with telekinesis, time travel, and flying sportbikes could be so dull.

There is some neat stuff to be sure. In fact the whole movie is a collection of neat ideas that I think just weren't fleshed out properly, and wrapped up in a completely mediocre story. I wouldn't buy it if I could loop back, but at least it was cheap.

joel wingReviewed in the United States on August 2, 2019
4.0 out of 5 stars
Really original sci-fi film of a killer fighting himself to try to save his future
Verified purchase
Looper was a very interesting and smart sci-fi film written directed and produced by Rian Johnson who was doing the TV show Breaking Bad at the time.

The film takes place in the future where time travel has been outlawed and is only used by criminals. Joe (Joseph Gordon-Levitt) is an assassin called a Looper used by the gangs to get rid of people who use time travel. The twist is that the Loopers actually kill themselves eventually to get rid of any loose ends. The problem starts when Joe has to kill his future self played by Bruce Willis and then Willis beats him up and knocks him out. When the Gordon-Levitt Joe awakes there’s a not telling him to run because he knows that the gang will be after him. Then things flip to how the older Joe got into his predicament, and then how he tried to change his past to save his future. That’s where things get really good. Gordon-Levitt is determined to stop Willis and that provides a battle of wills. Along the way there are some really big twists and turns, along with gun play.

What was so good about the film was that it always kept you guessing. You never knew how things were going to work out and there were constant curves thrown at the viewer.

Kindle CustomerReviewed in the United States on October 8, 2018
5.0 out of 5 stars
Makes you think
Verified purchase
The movie I’ve heard called “the opposite of ‘It's a Wonderful Life’” is one of the more thoughtful time travel movies out there.
I showed it to my developing film-nerd larvae (“kids”) as an under appreciated sci-fi gem, and was happy to see them sharing it with their friends and cousins.
Give it a shot. There is a great premise about the misuse of time travel, and personal responsibility, and some decent performances that don’t get in the way of that idea.
13 people found this helpful

KeithReviewed in the United States on April 14, 2019
3.0 out of 5 stars
Fun to watch but only worth watching once
Verified purchase
Acting is good, story is interesting and movie is never dull. The time travel aspect of it makes zero sense not because it is confusing but just because it doesn't work at all. I like movies that make me think but I only had to think about it for about 15 minutes and concluded that none of it works. Time travel is basically a vehicle for an action movie.
6 people found this helpful

Thank You ReviewsReviewed in the United States on January 26, 2020
5.0 out of 5 stars
Looper is Super Dooper
Verified purchase
The product arrived in perfect condtion. Looper is a sci fi action thriller movie about a young hitman (Joseph Gordon-Levitt) who's targets are forced to travel back in time to be executed by him in a designated place at a designated time. Hes good at his job until one target (Bruce Willis) makes him fail to complete an execution and now he has to finish the job before it is too late. This is a great movie that in my opinion was underrated. It does a great job of following the laws of time travel and i recommend checking it out if you are interested.
6 people found this helpful

The Wanderer of AkronReviewed in the United States on September 21, 2019
3.0 out of 5 stars
Style over substance, but definitely stylish
Verified purchase
It's a time-travel movie so expect some serious lapses in logic (there are quite a few). There's some pretty awful dialogue here as well (a scene with Joseph Gordon-Levitt and Bruce Willis in a diner is major offender, you'll know what line I mean) but the movie's shots and stylistic choices are very easy on the eyes. It's almost a future noir story with the visuals reflecting their respective times in ways you wouldn't think of normally. There's a shot of JGL falling out of a window from multiple points in times and points of view that are inventive and creative. Emily Blunt likely had the best performance here as a single mother with telekinetic powers. Bruce Willis even seems like he's not falling asleep this time. The facial prosthetics on JGL are distracting and look almost unnatural and it may make the first act of the movie hard to follow. This movie could have been great if it showed more interest in it's story than showing off it's premise but it is a sight to see at least once.
3 people found this helpful

zerofaithReviewed in the United States on May 31, 2017
5.0 out of 5 stars
Bruce Willis on his A game
Verified purchase
As with all time travel movies your willingness to accept the paradox by which the movie is allowed to exists will be necessary to enjoy it. That said it is a fantastic premise well paced and acted with a compelling ending. If you are curious I highly recommend giving it a watch.
14 people found this helpful

The dialogue is so low in the mix, you have to turn it almost all the way up just to hear it. Then, the second the action happens, or there's a shootout, your sound is all blown out and way too loud. Fire the mixer[s]! I just hope the ADR and re-recording mixers didn't ruin any other movies. Maybe it wasn't their fault. Maybe it was just recorded badly in the first place. Oh well.

I sure wish I could get my money back for this rental. Boo!

This movie could've been so much better.... if only the sound had been done right!
See all reviews
Back to top
Get to Know Us
Make Money with Us
Amazon Payment Products
Let Us Help You
EnglishChoose a language for shopping. United StatesChoose a country/region for shopping.
© 1996-2021, Amazon.com, Inc. or its affiliates