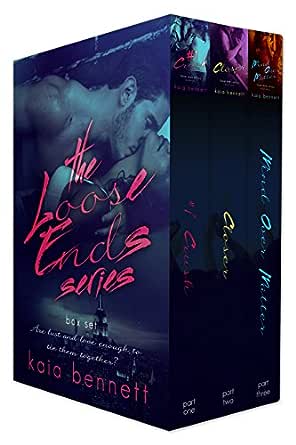 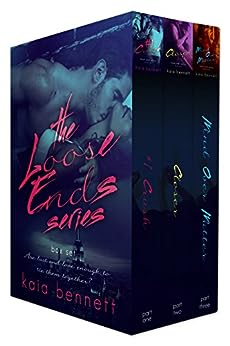 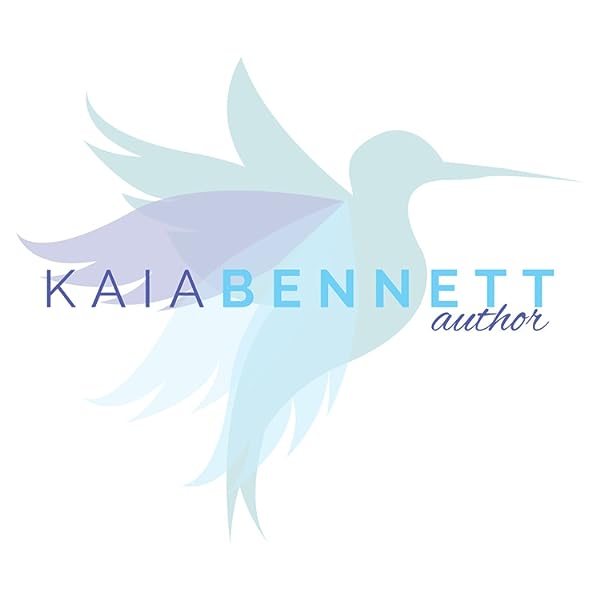 Kindle Customer
5.0 out of 5 stars A great story
Reviewed in the United States on October 10, 2020
Verified Purchase
Loved the characters, the storyline but most of all the undying love. The characters couldn't let the love go, no matter how much it was tried to be killed. It was a great story and well worth reading.
Read more
Helpful
Comment Report abuse

Kindle Customer
4.0 out of 5 stars Good grief (in a good way)
Reviewed in the United States on November 29, 2015
Verified Purchase
I am really happy I read this book.i loved the meandering tale of these two star crossed lovers. I was really pissed when they broke up because I almost thought it was silly until I kept reading to figure out why.inly knock was the sex got to be a bit much. I love a good dirty romp but it took over so many pages that it got to be a bit much and I started skipping it. Other than that it was worth the read
Read more
Helpful
Comment Report abuse

Vfam
5.0 out of 5 stars An Amazing Read
Reviewed in the United States on December 1, 2015
Verified Purchase
Started reading this story back on Literotica where I first feel in love with the Nic and Gabe story. I'm truly happy it is now a published book for purchase. Congratulations and keep doing what you're destined to do and that's make great stories. 😁
Read more
Helpful
Comment Report abuse

D - Guilty Pleasures BR
4.0 out of 5 stars Keeps you on your toes and fanning your face!
Reviewed in the United States on September 8, 2015
I received the box set to read together. I don’t know what I would have done had I not been able to read them this way. The wait in between would have killed me! From the beginning of the first book, you pull for Nicole and Gabriel to realize that they are meant to be. For whatever reasons, their stars are meant to be in the sky, intertwined. Reading about other partners, with both of them, even for the reader, is enough to tear at your own heart. Watching the two of them go through pain and heartbreak to try and find their happiness brought tears to my eyes and a knot in my stomach more than once.

Throughout the novel, the reader is left with the “what next” feeling. What could happen now? What could come between the two and their happiness again? Is there someone else in the woodwork that can come out to try to harm what they worked so hard to build upon? The chemistry between the two is undeniable and the scenes scorch off the page. Bounding into uncharted territory for both, whether it be sexually or emotionally, this set leaves you feeling exposed, tortured, but whole. The evolving of the characters, how they grew throughout the series, kept the readers on their toes, wondering how each would change next. Ms. Bennett is a new to me author, but I will definitely be reading more of her!

Books Laid Bare
5.0 out of 5 stars Completely Engaging!
Reviewed in the United States on September 21, 2015
This is a journey gathered together over a sustained period of time and it shows you two people who long to be together but who, for much of the time are beaten down by time and circumstance.
The friendship they have was destined to morph into more but getting there was a challenge that Gabriel and Nicole were never going to forget.
The whole story was riddled with so much lust and longing that it was hard to see where they were heading but with the usual angst, anguished and fear I have to say that the book ultimately gave me hope
I really felt connected to Gabriel and Nicole and as the stories progressed I have to say that I became frustrated by their situation because a blind man could see that these two belonged together.
I couldn’t believe that they had to suffer time and time again.
The stories are written with care, consideration and chemistry. They’re longingly unravelled and then carefully reconstructed in order that their journey could be realistic and it was.
Life isn’t served up, completely wrapped up with no issues, because we all know that anything worth having is worth working for, sometimes as with Nicole and Gabriel – you have to work harder than most to get the end result you desire.
So a quick whip through the books in the boxset:

Crush #1
Staying with her sister during vacation, Nicole spends much of her time alone. Her sister is permanently busy but Nicole manages to keep herself amused and out of trouble. Gabriel lives in the apartment – sharing with Nicole’s sister and her boyfriend but this part time musician is staying well clear of his roommates little sister.
But Nicole is struggling with that, because she isn’t content to be the baby sister for much longer, she is determined that she can win him round.
Can this fixated young woman, make a move? Will they enter a relationship or are they destined to be nothing more than friends with benefits
Closer #2
Music is Gabriel’s mistress, his life revolves around this being his opportunity to find his fame.
Nicole and he are still in touch, they have maintained their friendship whilst Nicole has completed college.
But now do they have the opportunity to finally be together… or at least I was hoping so.
So when Gabriel gets his break, his chance at the recording deal that he has always wanted, he heads back to Nicole, finally they were going to with getting with the program and for a while they did- yippee!!!
But of course my hopes were dashed when life yet again got in the way or should I say the ex from hell stuck her oar in.
I hated Meredith, she was Gabriel’s ex – what he ever saw in her in the first place defeats me but when she gets her opportunity to poison Nicole with her hatred and spite, she goes gunning for it with both barrels and the result is Gabriel and Nicole are yet again on the brink of disaster.
Surely this pair deserve to be cut a break?
With very little that I can see to build upon, I was left hanging on to the hope that they could love enough to hang on but I have to say it didn’t look good.
Mind over Matter #3
Nicole is done waiting round and has finally moved on.
She has a new man and is doing what she has always wanted, writing. But is she living a lie?
While Travis worships the ground she walks on, Nicole is doing all she can to convince her heart that it can now eradicate Gabriel … but she is in for a rude awakening when she bumps into Gabriel again.
Because all her carefully constructed lies, the mirrors she has hidden behind, the depths to which she has gone to try and move on are blown out of the water because as much as her stubbornness won’t let her accept that there is still something there with Gabriel, she can’t deny what she feels inside.
She doesn’t want to hurt Travis, because she knows what that sort of pain feels like but being apart from Gabriel is becoming difficult, she is hurting herself by denying her feelings.
Would they finally accept that their paths were always meant to be entwined?
Are they willing to give what they have the opportunity it needs to grow, to finally have the life they deserve?
Will Travis take a leaf out of Meredith’s book and cause them heartache or will he walk away?
This is a good book, one that had more lurking under its surface than you would have anticipated. It was funny and sad in almost equal measure I couldn’t help but fall for both Gabriel and Nicole as a couple–I wanted to see them together but the trip they took was far from one I would have undertaken.
Read more
Helpful
Comment Report abuse
See all reviews