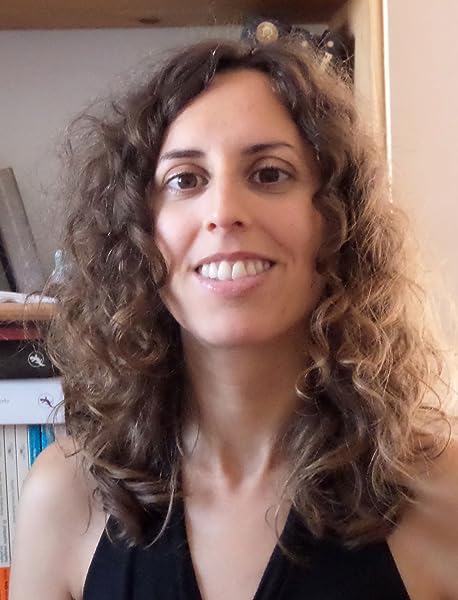 Lorac is the product of my artistic self and my scientific knowledge.

Neus Figueras is an oceanographer and marine biologist. When she's not underwater or immersed in tons of data, she likes to read and ride her bike--just not at the same time. She also needs to write all the adventures, setbacks, and achievements her characters experience inside her head.
She is part of an inclusive secret society to save the world and loves to swim among the fishes under the sun.

Start reading Lorac: An Adventure to Save the Ocean on your Kindle in under a minute.

4.4 out of 5 stars
4.4 out of 5
11 global ratings
How are ratings calculated?
To calculate the overall star rating and percentage breakdown by star, we don’t use a simple average. Instead, our system considers things like how recent a review is and if the reviewer bought the item on Amazon. It also analyzes reviews to verify trustworthiness.

Sharon Brown
3.0 out of 5 stars NICE ILLUSTRATIONS
Reviewed in the United States on May 10, 2020
Verified Purchase
LORAC is the story of a young boy and his hundred-and-seventeen-year fantasy adventure on and in the sea. His family is gone. He's totally alone and marooned on a deserted and uncharted island. How will he survive? He really hasn't learned how to do much of anything but it's all on him. It's time to step up his game. At first, everything he tries fails. Then something miraculous happens—he meets an algae named Zoe. They forge a symbiotic friendship and Lorac is in for the adventure of two lifetimes. To say more would be a spoiler.

The premise of the storyline is both creative and engaging but unfortunately, the iron-handed "message" of the book overshadowed and replaced much of the story. It felt like I was being hit over the head with an environmental two-by-four. This is not to say the message isn't valid but less would have been more for the target audience. Perhaps an afterword about what has happened to ocean due to man's negligence would have served both the story and its message more effectively.
Read more
Helpful
Comment Report abuse

AF
VINE VOICE
4.0 out of 5 stars A coral reef with personality and humor
Reviewed in the United States on June 26, 2020
Verified Purchase
An adventure dramatic book with a humorous personality. An educational story about the coral reef ecosystem too. To add even more flavor, one of the main characters is an algae, Zoe, the short for Zooxanthella, a hard name indeed. She enters in symbiosis with Lorac, the other main character, and saves his life in the process. The transition to a symbiotic life is not easy, but they are managing it with a lot of humor.
The description of the ocean’s capital, the reef, was a continuous exercise of imagination (the animals are revealing its secrets to the reader) and an interesting source of information about marine ecology, the book is very educational - the author knows her oceans. I learned along with Lorac, our involuntary oceanographer. And here we come to the only problem, the author tries too much to push a message into the reader.
In the end, it’s a book for children, and the illustrations bring even more color into it.
Read more
Helpful
Comment Report abuse

Nicole Hana
5.0 out of 5 stars A must read for anyone who loves the ocean! ...or just likes stories that fully pull you in.
Reviewed in the United States on January 17, 2020
Verified Purchase
I read this book in the English translated version, and cannot even properly describe how much I liked it. I couldn't put the book down! I kept thinking the whole time: "This is genius", "This should be turned into an animated movie!". It is a wonderful story that pulls you in immediately. Along the way, it touches on important issues of our time in a fascinatingly new and refreshing way. It is filled with action but, unlike many other modern storytellers, the author has managed to fold in complicated psychological aspects of the characters, thus giving you the opportunity to self reflect. My background is in coral reef ecology and I must say that the book, although fictional, manages to weave in a lot of biological facts and is for that reason very educational. Since "Finding Nemo", I feel there have not been many stories based on coral reefs and would love to see more. But ocean lover or not, you will not regret purchasing this book.
The illustrations are beautiful, depicting not only actual reef species (Yeay!), but also the feelings one has when underwater. I would have loved to see more illustrations, and in color - they are currently only in black and white in the paperback version of the book, except for the book cover. However, the illustrations are available in color online as well as in the e-book version.
I have been recommending this book to my friends and so far everyone has loved it!
I am very much looking forward to seeing what Neus Figueras and Evan Piccirillo produce next.
Read more

EOD Phil
3.0 out of 5 stars Underwater Tarzan
Reviewed in the United States on April 19, 2020
This middle-grade novel felt like two stories joined at the middle. The first started dark and became happier and light. I enjoyed this story and learned about marine life. The second was cynical. It started happy and became depressing. It wasn't as much fun. Taken separately, the first half is four stars and the second is two stars. The writing was strong throughout and many will enjoy the full story of Lorac's life. The rest of my review will have spoilers.

The Good.
I enjoyed the illustrations.

Lorac and his family had great chemistry. I liked the dizzy duck taunt. I wish he'd spent more time thinking of them.

I read this in my former twelve-year-old mindset, so the fate of Lorac's family thrilled me. I also liked how he learned of Zoe and what was essentially algae magic.

The Zoe and Lorac relationship was the highlight of the book. She was a great friend and literally saved him.

The author knows her oceans. I learned along with Lorac. It will lead to more oceanographer in the future.

The sharks as ocean agents! Classic.

Lorac's encounter with the scarred dolphin and San Win statue were cathartic moments.

The concept of water language.

How Zoe and Coalman came to their understanding. It was a great conclusion.

The Bad.
The first pages were exposition heavy.

Lorac didn't seem to mourn his family. I understand MG novels tend to gloss over trauma, but he never even considered searching for his brother. Why?

The back half felt like heavy handed finger wagging. When an author has a message, that's fine. When the target audience is kids, the finger on the scale veers toward propaganda. A shame because the conservation message is important. I feel a little more tact would have been better for me.

The back half felt rushed. Lorac went viral rather easily. A few scenes of depression would have felt more natural.

Fabiola
5.0 out of 5 stars Wonderful and necessary book
Reviewed in the United Kingdom on February 19, 2020
Verified Purchase
Lorac is a beautiful story that shows some much love for the sea and all its beautiful creatures. It's educational and also fun, it explains what is going on with our seas and how important they are in a beautiful and imaginative way. I love it and I highly recommend it :)
Read more
Report abuse
See all reviews