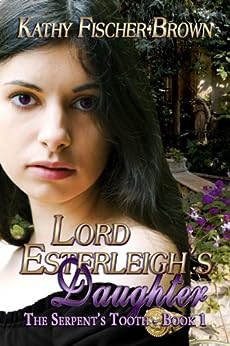 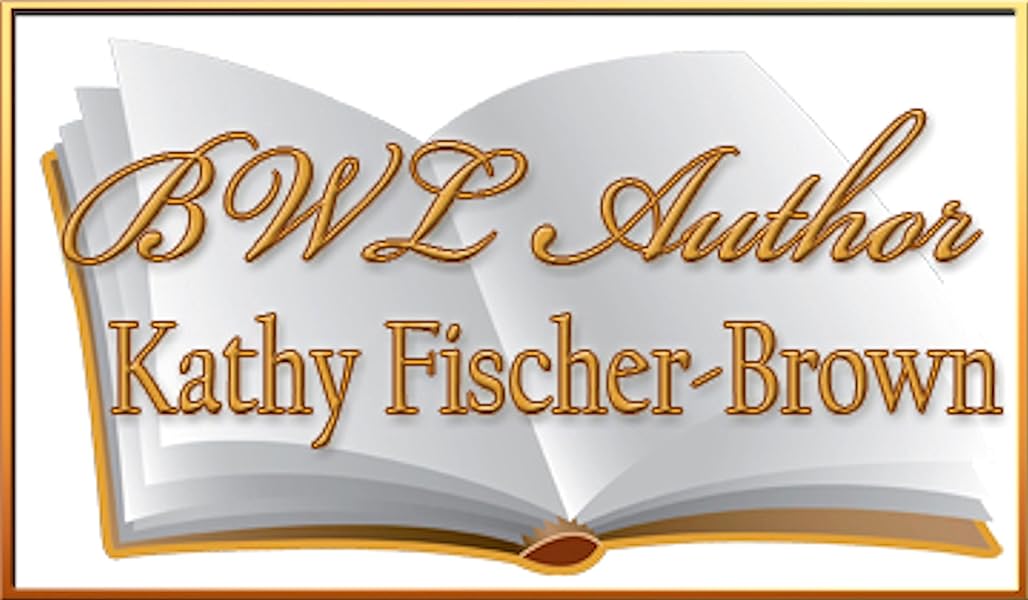 by Kathy Fischer-Brown (Author) Format: Kindle Edition
Book 1 of 3: The Serpent's Tooth
See all formats and editions
Sorry, there was a problem loading this page. Try again.
As a child, Anne Fairfield dreams of the father she never knew, the hero who died fighting the French and their Indian allies in a land across the sea. Her mother’s stories, and fantasies of her own devising, sustain and nurture her through a poor and lonely existence. Until one winter night, a strange man comes to call, and the life she has known comes crashing down like shattered glass.

Forced to confront sordid truths, secrets and lies, the headstrong young woman begins to learn that, like generations of Darvey women ruled by their hearts, she is destined to follow in their footsteps.

Set against the backdrop of 18th century England, Lord Esterleigh’s Daughter is the first book in “The Serpent’s Tooth” trilogy, which follows Anne from the rural countryside, to London society and into the center of the American Revolution.
Read more
Previous page
Next page

Audible Holiday Deal
Join Audible Premium Plus for 60% off. Only $5.95 a month for the first 3 months. Get this deal
Books In This Series (3 Books)
Complete Series
The Serpent's Tooth
Kindle Edition
Page 1 of 1Start OverPage 1 of 1
Previous page
Next page
Create your FREE Amazon Business account to save up to 10% with Business-only prices and free shipping.

As a child Kathy wanted to be a writer when she grew up. She also wanted to act. After receiving an MFA in Acting and playing the part of starving young artist in New York, she taught theater classes at a small college in the Mid-West before returning home to the East Coast, where over the years, she and her husband raised two kids and an assortment of dogs. During stints in advertising, children’s media publishing, and education reform in the former Soviet Unions, she wrote whenever she could. Her love of early American history has its roots in family vacations up and down the East Coast visiting old forts and battlefields and places such as Williamsburg, Mystic Sea Port, and Sturbridge Village. At the same time, she daydreamed in history classes, imagining the everyday people behind all the dates and conflicts and how they lived.

Claiming her best ideas are born of dreams, Kathy has written a number of stories over the years. Her first published novel, Winter Fire, a 1998 Golden Heart finalist in historical romance, was reissued in 2010 by Books We Love, Ltd.

When not writing, she enjoys reading, cooking, photography, playing “ball” with the dogs, and rooting on her favorite sports teams.

S.A. Martin
5.0 out of 5 stars A spunky heroine
Reviewed in the United States on May 18, 2013
Verified Purchase
Kathy Fischer-Brown's "The Serpent's Tooth" is a well=researched, well=written tale of English society in the latter half of the 18th century. It's the story of Anne Fairfield, raised in poverty but finding later that her father is a wealthy man. But he is also one with a convuluted and less than honorable past. Here we meet members of English society, both upper and lower classes, good and bad. How Anne reacts to these people shows us a heroine willing to fight for what she wants, unwilling to suffer fools gladly. Ms. Fischer-Brown's historical novels are a deviation from those we so often see in bookstores,that are all froth and no meat. Her characterizations and descriptions are superb.

If you've read Shakespeare's "KIng Lear" you will understnad the reason for the title and get a good cocept of the heroine.
Read more
2 people found this helpful
Helpful
Report abuse

CHARTATTACK
5.0 out of 5 stars Now I have to wait? Argh!
Reviewed in the United States on June 20, 2012
Verified Purchase
I really liked this book. My only how ever it did start a little slow. And at times I couldn't figure out the characters motavation for doing certain things. Like when Ann is scared of the brother, yet goes with him. Then later confides in him. She should clearly see he is twisted from their first encounter. Other than that loved it. But now I have to wait for the next book. I'm not the most patient person and tend to get books when a series is completed so I don't have to wait. But if your up for a little frustration at having to wait to see how the story continues because it doesn't resolve Ann's problems by the end, than it is the book for you.
Read more
3 people found this helpful
Helpful
Report abuse

Susan
5.0 out of 5 stars Beutifully Written Historical RomanceTrilogy- a must read
Reviewed in the United States on October 5, 2013
Verified Purchase
Kathy Fischer-Brown brings Lord Esterleigh's Daughter to life with her magnificent use of the English language. I am a great fan of her first book, "Winter Fire" and don't know why it took me so long to begin the trilogy. Honestly, I could not put this book down. The plot line is beautifully woven; her style exquisite. This is a must read. When you are as talented as Kathy Fischer-Brown, there is no need for exploiting violence to keep the reader involved. She does it the old-fashioned way, with her exceptional talent.
Read more
One person found this helpful
Helpful
Report abuse

Marianne E. McCreight
5.0 out of 5 stars loved it
Reviewed in the United States on December 17, 2013
Verified Purchase
Lord Esterleighs Daughter was a great book. Full length with intrigue mixed with love and angst. Stops abruptly and must read next book in series to find out what happens but I think it was worth it. I'll find out when I get started on it.
Read more
One person found this helpful
Helpful
Report abuse

A.M. Westerling
4.0 out of 5 stars An enjoyable read
Reviewed in the United States on August 9, 2012
Verified Purchase
A well written, suspenseful story with an unexpected ending. This story had it all - family secrets, scandal, and forbidden love. Not a traditional romance per se, however, the author draw you deeper into the story page by page. I can't wait to read the next book in the series! :)
Read more
2 people found this helpful
Helpful
Report abuse

Janet Walters
4.0 out of 5 stars Intense read
Reviewed in the United States on October 1, 2015
Verified Purchase
Complex characters, a hint of paranormal, a heroine one roots for and a villain to dislike. This historical is an intense read.
Read more
Helpful
Report abuse

Mary Ann Avery
4.0 out of 5 stars Good Story
Reviewed in the United States on June 7, 2013
Verified Purchase
I look forward to reading the rest of the trilogy.There is more mystery to uncover. I enjoy historical fiction. I liked the female character and her struggle to find a positive relationship with her father.
Read more
One person found this helpful
Helpful
Report abuse

Mary Ann Boehm
4.0 out of 5 stars Good
Reviewed in the United States on September 22, 2014
Verified Purchase
Anne is a torturous woman who thought she escaped. Too many life disasters of her own choosing.
Read more
One person found this helpful
Helpful
Report abuse
See all reviews

dianne mcguire
4.0 out of 5 stars A good story
Reviewed in the United Kingdom on August 1, 2016
Verified Purchase
Lord esterleigh's daughter was a good story it was a hard book to get in to I was just starting to and it was finished
Read more
Report abuse

Florelle
2.0 out of 5 stars I disliked the heroine!
Reviewed in the United Kingdom on July 19, 2012
Verified Purchase
As a child, Anne Fairfield dreams of the father she never knew, the hero who died fighting the French and their Indian allies in a land across the sea. Her mother's stories, and fantasies of her own devising, sustain and nurture her through a poor and lonely existence. Until one winter night, a strange man comes to call, and the life she has known comes crashing down like shattered glass.

This started interestingly enough and I wanted to see what would happen to Anne when she went to live with Joseph Davey. I was still under the impression that this was a romance but that turned out to be incorrect. I suppose I would describe this as a melodramatic angst-y story. I skipped from 65%-86% and skimmed the rest. The ending was dire -because there is no resolution, instead it's a cliffhanger. I wont be getting the next book.

I didn't enjoy this and deleted it from my kindle. I would, however, read a romance written by this author - she's not on my DNR list!
Read more
2 people found this helpful
Report abuse
See all reviews
Back to top
Get to Know Us
Make Money with Us
Amazon Payment Products
Let Us Help You
EnglishChoose a language for shopping. United StatesChoose a country/region for shopping.
© 1996-2021, Amazon.com, Inc. or its affiliates