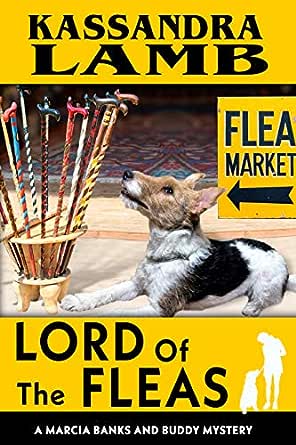 You've subscribed to The Marcia Banks and Buddy Mysteries! We will preorder your items within 24 hours of when they become available. When new books are released, we'll charge your default payment method for the lowest price available during the pre-order period.
Update your device or payment method, cancel individual pre-orders or your subscription at
Your Memberships & Subscriptions
There was an error. We were unable to process your subscription due to an error. Please refresh and try again. 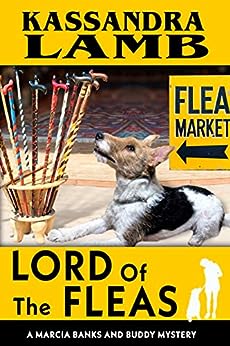 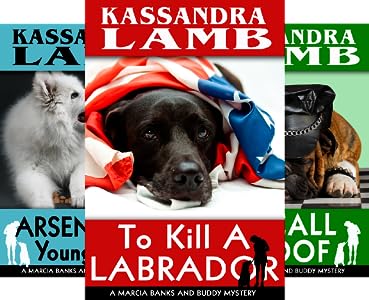 4.8 out of 5 stars
4.8 out of 5
14 customer ratings
How does Amazon calculate star ratings?
Amazon calculates a product’s star ratings based on a machine learned model instead of a raw data average. The model takes into account factors including the age of a rating, whether the ratings are from verified purchasers, and factors that establish reviewer trustworthiness.
Top Reviews

Merrie
5.0 out of 5 stars Another Winner!
Reviewed in the United States on May 26, 2020
Verified Purchase
I thoroughly enjoyed this story. With its recurring cast of characters and the addition of some new ones, Lord of the Fleas continues this great series. This time we're taken into the world of flea markets, with all the sights, sounds and smells a service dog could find so distracting. Lots of twists and turns keep you reading long past bedtime until, once again, a successful ending is reached. I love this series!

I voluntarily read an Advance Reader Copy of this book and simply couldn't resist adding it to my library! I can highly recommend it to anyone who loves a good mystery.
Read more
Helpful
Comment Report abuse

David Thatcher Wilson
5.0 out of 5 stars It's great
Reviewed in the United States on June 24, 2020
Verified Purchase
I am a disabled veteran who had a service dog for ten years. I absolutely love that the Marcia Banks and Buddy series are based around a trainer for service dogs. I also live in Florida, where the books are located. The mysteries are great, but even more so I sit reading and nodding my head with the dogs helping their veterans. Makes me miss Alex terribly.
David Thatcher Wilson, author
Smith Beach Press
Read more
Helpful
Comment Report abuse

Kindle Customer
5.0 out of 5 stars Lord of the Fleas
Reviewed in the United States on June 3, 2020
Verified Purchase
What a great mystery , I enjoyed it very much !! And when you have dogs ,it's even better !! Can't wait for the next Marcia &Buddy mysteries!!
Read more
Helpful
Comment Report abuse

Barb Taub
4.0 out of 5 stars Engaging cozy mystery, Florida style. Plus dogs!
Reviewed in the United States on June 24, 2020
Marcia Banks has a problem. Several problems, actually. She and her detective husband Will are about to celebrate their first anniversary. But Marcia is unsure about how to observe the date, Will seems distant, and as usual, people around Marcia have a tendency to drop dead. “Either Florida was the homicide capital of the world, or I’d developed really bad luck since moving here.”

Marcia has gone to another Florida city, Williston, to deliver and complete the training of endearingly-ugly service dog Fred for her new client, a handicapped veteran who runs a stall in a popular flea market. While there, she’s looking forward to spending time with her best friend, and especially with her twin godchildren. Marcia knows from bitter experience that she shouldn’t get involved when her new client becomes the target of violence and suspicion.

But when it appears that the local police are part of that danger, she reluctantly jumps in. Marcia has identified and accepted the difference between amateur detective and busybody, and has promised her loved ones to not to cross that line. And she means to keep that promise, she really does. Until she doesn’t.

But what’s she supposed to do when her best friend’s family become targets, when Marcia sees a law enforcement officer misbehave, and especially when her beloved dogs are in danger? It’s time for Marcia’s alter ego, Ms. Snark. Over the past books in the series, as Yankee Marcia moves to Florida where she finds friends, a home, a career, a partner, alligators, and tea so sweet it requires a diabetes test, Ms. Snark’s voice in her head has gone from sounding like her mom to steadily assuming the role of an individual character. Now she seems to want more. “More and more lately, Ms. Snark seemed to deny that she and I were the same person. What was that about?”

As a mystery author, Kassandra Lamb plays fair with her readers. Clues, red herrings, and misdirections abound as Marcia races to find a killer who doesn’t hesitate at theft, violence, and even murder. She wants to believe her client, but his war injuries have left him with anger issues, and Marcia’s doubts become our doubts.

Although it never takes center stage, another element in this episode is that of star-crossed lovers and the role of families. Like Romeo and Juliet, the budding relationship between Marcia’s client Derek and his slightly mentally-challenged colleague Nell could be destroyed by revelations of their family history, especially their fathers.

In Lord of the Fleas, we get an interesting and entertaining picture of the vendors in the flea market, plus the chance to see Marcia’s posse of friends and family develop. Unfortunately, though, the villain never became more than a two-dimensional collection of tropes. Given that the villain’s motivations are also inspired by traumatic family history, I think this was a missed opportunity.

But a cozy mystery doesn’t really require psychological drama, and the book more than makes up for this as the action ratchets up in a couple of pulse-pounding action scenes—babies and dogs in danger!—ensuring I read through the entire book in one sitting. So if you enjoy following an opinionated, often Ms. Snark-dominated amateur detective as she unravels clues, develops her relationships with family and friends, and drops dog-training tips along the way, then I completely recommend Lord of the Fleas and the rest of the Marcia Banks and Buddy Mysteries.
Read more
Helpful
Comment Report abuse

Emily Pennington
TOP 500 REVIEWER
4.0 out of 5 stars Flea Market Murder
Reviewed in the United States on May 26, 2020
Marcia Banks is a service dog trainer who has been working with Fred, a mostly wire-haired fox terrier, and is almost ready to turn him over to Dereck Bradshaw, a vendor at a local flea market. She was admiring the canes he made by hand and painted, and she found one with a silver dragon. It was old, worth $5,000, and some kind of dark substance was down in the silver wires which she scraped loose with a fingernail. He told her he puts it away when he’s not there in the stall selling, especially since things have started to “disappear” overnight.

The next morning, Marcia and Derek met at the tent where a church service was being conducted by Zeke Lord. When they returned to Derek’s stand, he went into the back to get the dragonhead cane and found someone had cut off the padlock and stolen the cane! Derek told her Zeke would be angry, since he was the owner of the cane! But Zeke wasn’t at all upset and didn’t want it reported to the police.

When Marcia met Derek at his home to work with Fred, they were in the middle of the lesson when a police car drove up. Derek was being taken in for questioning. His friend, Zeke, the owner of the flea market, had been murdered! The deputy actually pulled his gun on Derek and told him to put down the canes he was using to walk and get on the ground! He was hostile when Derek could not comply due to his spinal cord injury and partial paralysis. But things are not as they seem. Marcia is going to have to find the real killer. Yet the flea market has more secrets, it seems -- and unearthing them could prove deadly! Can she find the killer? Will she put herself in danger in doing so?

I really enjoyed the training information that the author tosses into the story, such as the “cover” position the dog takes to guard the owner’s back and make them feel safer, signaling with a tail thump if someone came up behind them. It was nice to understand these little nuances. The story line was interesting, with unusual characters and situations. Grab your copy and enjoy the mystery!
Read more
Helpful
Comment Report abuse
See all reviews from the United States