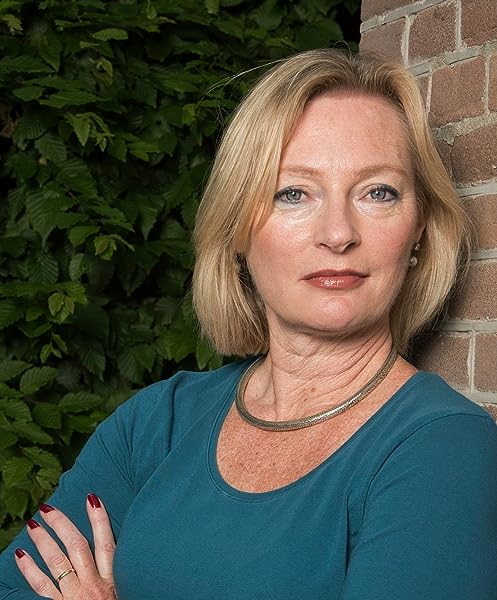 "This gripping novel dramatizes one of the most fascinating events of world history: the conquest of the Dutch colony of Taiwan by Chinese warlord Zheng Chenggong. Bergvelt's vivid prose tells a taut story through the eyes of well-drawn characters based closely on real historical figures. A delightful book, and one that provides an excellent entrée into an important period of history."
--Tonio Andrade, author of Lost Colony and The Gunpowder Age

Start reading Lord of Formosa on your Kindle in under a minute.

4.6 out of 5 stars
4.6 out of 5
33 global ratings
How are ratings calculated?
To calculate the overall star rating and percentage breakdown by star, we don’t use a simple average. Instead, our system considers things like how recent a review is and if the reviewer bought the item on Amazon. It also analyzes reviews to verify trustworthiness.

JustPlainBill
5.0 out of 5 stars Great novel with a factual historical foundation
Reviewed in the United States on January 13, 2019
Verified Purchase
This fascinating historical novel is based on the life and times of Zheng Chenggong, better known to history as Koxinga, and those who are involved with him. The events in this novel occurred in the 1600s, spanning the period in Chinese history when the Qing (Manchu) overthrew the Ming Dynasty.

Koxinga’s father was a powerful merchant (and depending on who was asked, a pirate) with hundreds of ships. The son came of age in the father’s service, and was the obvious heir apparent to his father’s merchant empire. When the Manchu (Qing) invaded from the north, father and son initially chose to support the Ming emperor, and were rewarded with great honors, titles, and power, as well as a mandate to resist the invasion. Later, Koxinga’s father, believing the cause lost, comes to believe that a timely defection would preserve what he had built, and switches sides. Koxinga himself, however, stays local to the Ming, and breaks with his father over the betrayal, continuing to fight the Manchu.

Meanwhile, the Dutch (as the VOC), having been denied mainland trading posts by the Ming, were told that their presence would be tolerated if they chose to establish their trading post in Taiwan. The VOC proceeded, unexpectedly, to take essentially the entire island, and for a time prospered at the expense of the native inhabitants. Koxinga and his father insert themselves as the exclusive intermediaries between the Dutch and the mainland traders. Meanwhile, Koxinga, believing a prophesy he heard as a child predicting that he would one day rule an island kingdom, comes to believe that this is Taiwan, and eventually invades in an attempt to kick out the Dutch. An epic struggle follows.

This is an extremely interesting piece of history as well as a great novel that never really slows down. All of the history is well-researched (with a substantial list of references at the end of the book) and all the basics are true. Highly recommended.

Phillip
5.0 out of 5 stars A wonderful historical novel
Reviewed in the United States on August 27, 2019
Verified Purchase
Enjoyed reading “Lord of Formosa” by Dutch author Joyce Bergvelt. Her background of having lived and studied in Taiwan, her later education at university in the UK studying Chinese history and her experiences in continuing studies in China held her in good stead in researching material for this outstanding book. Her ability to research Dutch colonial records, as well as in-depth Chinese history from the time period of her book add greatly to a novel based on historical individuals and events that tell a great story and also provide the reader with greater knowledge of the 1600’s in Asia, a time of major changes on Taiwan, in mainland China and other places in that region of the world. This is a great story, with fine character development, out of the pages of history. Highly recommend it.
Read more
2 people found this helpful
Helpful
Comment Report abuse

Amazon Customer
5.0 out of 5 stars A must read if you want to know 17th century history of Taiwan and its beginning!
Reviewed in the United States on June 27, 2018
Verified Purchase
After nearly one-month slow reading speed, I finally finished this extraordinary masterwork! As a Taiwanese, the history of Dutch colonization is never strange to us since we have been immersing in the historical sites which now are still standing there in my hometown. However, teachers in schools usually taught us Koxinga as a great and ethic hero and never said negative things about him, which made me doubt his intention was no different from Chiang Kai Shek's, which was reviving their motherland and using Taiwan as their base instead of liberating the miserable people on the island honestly. Yet from the author's informative knowledge in the book, I learned to see Koxinga from different points of view, from the Dutch's, Chinese's, even aboriginal's. The author portrayed both Koxinga and Coyett extremely fair enough, absolutely no idolizing each side of them even some Taiwanese authors couldn't write so objectively or fell into being in favor of one side. Thanks to the author bringing such a magnificent book to earth, it truly made me learn to know how and why they had made these decisions under the circumstances and overcome my blind spots as a Taiwanese. An intertwining, miserable, yet really enjoyable and immersive story!
Read more
3 people found this helpful
Helpful
Comment Report abuse

The dialogues in the book bring the characters alive. It's interesting that the author chose to write about the part of world and history that few people talk about or know much about, which makes it all more fascinating.
Read more
One person found this helpful
Helpful
Comment Report abuse

Tai-Heng Chen
5.0 out of 5 stars Good for rewding
Reviewed in the United States on August 17, 2019
Verified Purchase
I like this book so much!
Read more
Helpful
Comment Report abuse

r.p whithouse
5.0 out of 5 stars An enlightening and entertaining read about the turbulent history of Formosa/Taiwan
Reviewed in the United Kingdom on January 17, 2020
Verified Purchase
Not being one to have a leaning towards historical novels I was pleasantly surprised to find myself gripped again on my second reading of this depiction of the island of Formosa/Taiwan under the rule of the Dutch and of Koxinga's subsequent defeat of the Dutch . I again found it hard to put down as it is well written and mixes historical fact with a more personal story of the main character Koxinga who is seen as a 'flawed but driven' warrior. It is primarliy set in and around the Dutch forts on Formosa/Taiwan and in Batavia. Ms Bergvelt keeps up a pace that keeps the readers attention focussed. I enjoyed the second reading as much as the first
Read more
Report abuse

Robert L. Watson
4.0 out of 5 stars A reasonably good read.
Reviewed in the United Kingdom on March 8, 2020
Verified Purchase
A rather wandering story of early european interaction with the orientals
Read more
Report abuse

Pamela Amos
5.0 out of 5 stars Loved this book.
Reviewed in the United Kingdom on February 3, 2020
Verified Purchase
I really loved the way this was written, and there was no waffle or padding. Rreally kept me engrossed. Would certainly read more of this author's books.
Read more
Report abuse

RKB
5.0 out of 5 stars A fascinating read!
Reviewed in the United Kingdom on October 11, 2018
Verified Purchase
Joyce Bergvelt vividly brings to life the events and characters involved in the struggle for rule between the Dutch and Chinese over modern day Taiwan in the 1600s. If you enjoy a historical novel I would thoroughly recommend Lord of Formosa.
Read more
Report abuse

marjo simone prins
5.0 out of 5 stars Lord of Formosa - Historical Novel
Reviewed in Spain on March 18, 2020
Verified Purchase
I love to read historical novels and of course the more real events in that novel the better.
That's why I loved this book. And also because I never knew, that Formosa was once in hands of the Dutch in their famous 'Golden Age'. I am Dutch myself and I knew about Macao ( about the same age and in hands of the Portuguese I even read a historical novel about Macao for my school examens ), but I can't remember anything about Formosa in my history classes.
So I certainly can recommend this book to all the people like me who like to read historical novels, because the story and people discribed (here we have to do of course with the imagination of the author) are not boring at all, what can happen sometimes when the events have been real.
Read more
Report abuse
See all reviews