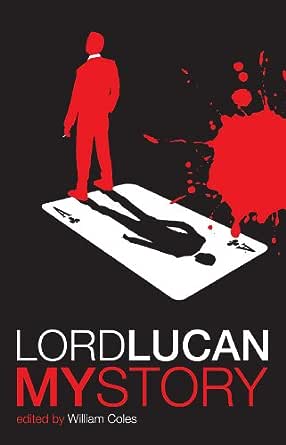 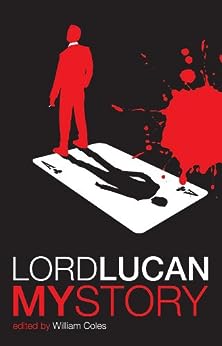 William has been a journalist for over 20 years and has worked for a number of the nationals, including The Sun, The Express, The Mail and The Wall Street Journal. --This text refers to an alternate kindle_edition edition.

3.4 out of 5 stars
3.4 out of 5
40 global ratings
How are ratings calculated?
To calculate the overall star rating and percentage breakdown by star, we don’t use a simple average. Instead, our system considers things like how recent a review is and if the reviewer bought the item on Amazon. It also analyzes reviews to verify trustworthiness.
Top reviews

Rikki White
3.0 out of 5 stars An unlikely story
Reviewed in the United States on November 18, 2013
I was on board a Greek liner crossing the Pacific Ocean when the murder of Sandra Rivett took place, and the ship's newspaper contained little of world interest, as it was mostly concerned with the lottery for guessing how many miles the ship was like to do today. Therefore, it was a complete shock to see when I arrived in the UK the papers covered with news of The Lord Lucan affair.

Of course it seemed that the peer was undoubtedly guilty of the murder and I consumed every aspect of the evidence as it emerged. Like many others I have had a continued interest in what really happened to Lord Lucan. So, any new angle concerning what really occurred, and his whereabouts since his disappearance, is a glimmer of hope that this may bring a believable story of the truth.

This account has some interesting ideas but fails to convince me that there is any authenticity in it. If Jimmy Goldsmith and Aspers played the parts consigned to them, Lucky was a thankless recipient of their largesse in helping him to escape, even had his imaginings been genuine. However, it does provide a few new angles and makes interesting reading.

Ctwilliams
2.0 out of 5 stars Not to be taken seriously, sober or at all outside of a library copy.
Reviewed in the United States on November 1, 2013
I honestly started to flag and lost interest having read the opening chapters of the 'Lord Lucan mystery.' The book is a theoretical account of Lord Lucan's unresolved disappearance following his murder of children's Nanny Sandra Rivet. Unfortunately the book fails to engage the reader or deliver any narrative meat to such a promising plot. The Lucan character reads like a poor relation to Harry Flashman, in George Macdonald Frasers incomparable series of the `Flashman' diaries. So my advice is simple. Save your money on this Lucan poltroon and read the far more amusing `Flashman diaries' instead.
Read more
Helpful
Comment Report abuse
See all reviews

Mr Q
3.0 out of 5 stars Intriguing concept - but poor delivery !!
Reviewed in the United Kingdom on January 1, 2014
Verified Purchase
This is essentially a work of fiction that starts from a factual occurrence - being that of the whole Lord Lucan murder enigma, following the brutal demise of children's nanny.
This subject has spawned a whole plethora of theories and opinions which thus far have not really managed to shed any definitive proof on what really happened that night or what ever happened to the elusive Lucan thereafter.

So this is just another (fictional) "theory" and on that basis it works as it does make you question events, but leaves you with many more unanswered questions which just add to the intrigue and continues to this day to fuel the speculation and interest in this man and his real story.

I found the book to be both enjoyable and frustrating in equal measure.
The attention to detail and continuity of the story line vary wildly over the course of the book and unfortunately this takes away from its impact as it certainly has the potential to been a far better read if only the author took a more joined up approach.
I don't wish to spoil it for you but for me the ending in particular was a major let down and just left me wondering why finish it like this ??

All of this said I would recommend it but it could have been so much better - a lost opportunity.
Read more
Report abuse

Carroty Nell
4.0 out of 5 stars Lord Lucan my Story by William Coles
Reviewed in the United Kingdom on August 6, 2013
Verified Purchase
This is Lord Lucan's story in his own words. Lucan has botched the murder of his estranged wife and his children's nanny, Sandra, has died instead. Lucan then goes on the run. With the help of powerful friends like Jimmy Goldsmith he flees abroad and lives out his days in a torment of drug addiction.

This is not the best written book you'll ever read and not the most sparkling prose, but it isn't meant to be. This is supposed to be the memoirs of a man who has been addicted to heroin for many years and he's not the sharpest tool in the kit. I think William Coles has done a great job in creating the voice of a classically educated but not very intelligent man, and long-term addict labouring under his self inflicted guilt. Coles's Lucan comes across as a very selfish man. Most of his regrets are for his own lost lifestyle and he rarely thinks of the hurt he has caused others by his actions.

The concept is clever and unusual. Lucan's 'editor' has supposedly stumbled across these, Lucan's manuscript reminiscences. Of course it's absurd. Why on Earth would Jimmy Goldsmith go to such trouble to exact revenge on Lucan when he could have just handed him in? And why would Lucan endure such a dreadful exile when fifteen years in a British jail would have been preferable? But it's meant to be absurd. What William Coles has created is, first and foremost, a satire on conspiracy theory. In that respect, it's very well done.
Read more
Report abuse

DebbieB
2.0 out of 5 stars Poorly edited and second half is awful
Reviewed in the United Kingdom on January 1, 2014
Verified Purchase
The first half of the book held my interest and was quite readable. The second half was just ridiculous, boring and an obvious pure flight of (rather unpleasant) imagination.
The edit (for kindle) is abysmal. Many, many phrases repeated. 'Have a try of 'Have a try of this,' he said. To make them all think that you've killed 'To make them all think that you've killed yourself'. 'It was all down 'It was all down to you!'. There were a lot of similar errors.
Also many, many cases of two words run together. Asight that is positively not to be missed. Apart of me, naturally wanted to embrace the man. Along trip ahead of us.
The third type of error was the overlooked typo. Surely all of us most take responsibility for our lives...
How could this all be missed in a proof read? All in all very disappointing indeed.
Read more
Report abuse

Ctwilliams
2.0 out of 5 stars Not to be taken seriously, sober or at all, outside of a library copy.
Reviewed in the United Kingdom on November 1, 2013
Verified Purchase
I honestly started to flag and lost interest having read the opening chapters of the 'Lord Lucan mystery.' The book is a theoretical account of Lord Lucan's unresolved disappearance following his murder of children's Nanny Sandra Rivet. Unfortunately the book fails to engage the reader or deliver any narrative meat to such a promising plot. The Lucan character reads like a poor relation to Harry Flashman, in George Macdonald Frasers incomparable series of the `Flashman' diaries. So my advice is simple. Save your money on this Lucan poltroon and read the far more amusing `Flashman diaries' instead.
Read more
Report abuse

AvidReader
2.0 out of 5 stars Clever premise
Reviewed in the United Kingdom on June 18, 2013
Verified Purchase
This book is such a clever premise, but I was disappointed in it. The author is writing as if he is Lord Lucan, but I did not get the feel that it was the voice of a Lord, a Peer of the realm. Silly mistakes were made, for example at school his name would be 'Bingham' not Lucan, that was his title which he would not have inherited as a schoolboy while his own father was still alive. I am also not convinced about his addictions or ensuing lifestyle. Why the need to make him an amputee? But on the whole, an interesting idea and worth a read.
Read more
Report abuse
See all reviews