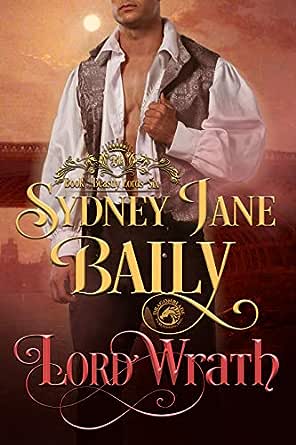 You've subscribed to Beastly Lords! We will preorder your items within 24 hours of when they become available. When new books are released, we'll charge your default payment method for the lowest price available during the pre-order period.
Update your device or payment method, cancel individual pre-orders or your subscription at
Your Memberships & Subscriptions
There was an error. We were unable to process your subscription due to an error. Please refresh and try again. 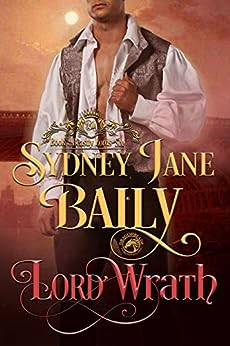 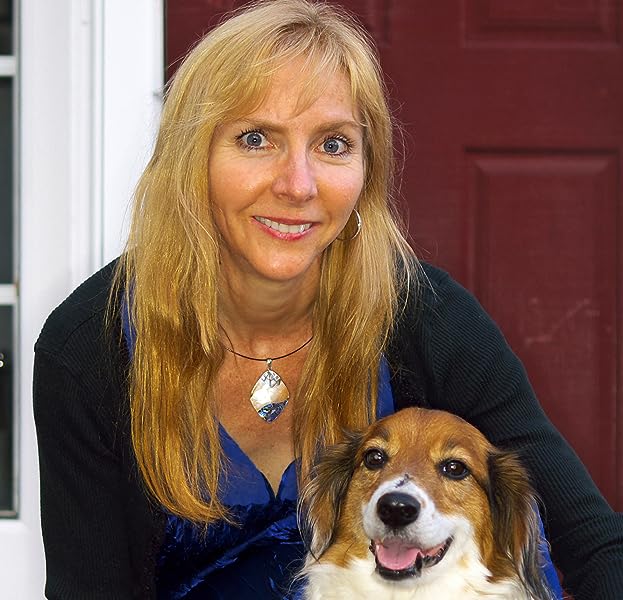 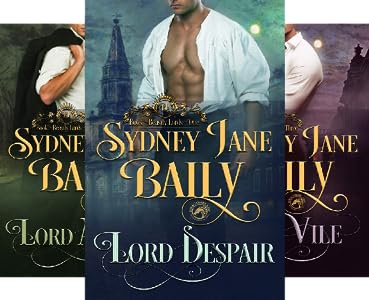 4.7 out of 5 stars
4.7 out of 5
33 customer ratings
How does Amazon calculate star ratings?
Amazon calculates a product’s star ratings based on a machine learned model instead of a raw data average. The model takes into account factors including the age of a rating, whether the ratings are from verified purchasers, and factors that establish reviewer trustworthiness.
Top Reviews

Barbara K. Literski
5.0 out of 5 stars Love My Wrath
Reviewed in the United States on April 9, 2020
Verified Purchase
Great story about Lady Adelia Smythe and Lord Owen Brunley.. Owen’s sister Lady Sofiia was murdered and his is looking for the person that killed her. The one main clue that he had was the handkerchief that was in her hand. Most of the evidence leans toward Lady Adelia’s brother Lord Thomas Smythe. Adelia knows that he did not do it.
The question now is WHO WAS IT!!!
Read more
One person found this helpful
Helpful
Comment Report abuse

Texas Daughter
5.0 out of 5 stars A Tangled Web
Reviewed in the United States on April 13, 2020
Verified Purchase
Unable to save his beloved sister from an untimely death, Lord Owen Burnley is angry. Angry at the person who killed his sister and angry at himself. Lady Adelia Smythe is tired of the forced socializing of the Ton. She prefers her quiet time to pursue her writing. When the two meet and Lord Burnley trusts her enough to ask for her assistance-she agrees. But it isn’t quite that easy for either of them. Secrets and anger threaten their budding love affair and their lives. Another intriguing book by Ms. Baily!
Read more
Helpful
Comment Report abuse

cam
5.0 out of 5 stars What could?
Reviewed in the United States on April 26, 2020
Verified Purchase
Ms SYDNEY Jane Baily, I do not know how I found you,but I love your books just finished your wonderful book,lord worth, it had all the things I like, what could happen,what would happen,what did happen. This book had all this plus much more. Could not put it down,so thank you for a wonderful day of reading. Cam
Read more
Helpful
Comment Report abuse

Kindle Customer
5.0 out of 5 stars Loved
Reviewed in the United States on May 5, 2020
Verified Purchase
Absolutely loved this story. A great who did it. I really enjoyed trying to figure out which one it was
Read more
Helpful
Comment Report abuse

Cynthia L. Bogner
3.0 out of 5 stars Good plot, some holes (3.5 stars)
Reviewed in the United States on April 27, 2020
I liked the relationship that grew between the main characters, and the plot was interesting. However, there were some niggling problems, to me, that I suppose moved the plot along but felt...wrong.

Given how the Hero stormed around ballrooms and bar rooms without involving his common sense, I felt he was forgiven far too easily to be believable. He almost had the heroine’s brother hanged. I would have liked to have seen him discover his sister’s diary or something - anything - that would have had him start to employ his brain and suggest blossoming doubts about his initial beliefs, so that he could have participated in redeeming himself.

The heroine continued throughout the story to withhold information when she already should have learned that doing so could create big problems. She withheld the reason Sophie met with the person who killed her — that she was being blackmailed for her sexual indiscretion. Without that information, Sophie ending up voluntarily on the East End above a dirty tavern made no sense. I guess since no one in this story used their common sense to any degree, it was at least consistent.

Additionally, Constance’s meeting the heroine’s brother was contrived by the murderer in exchange for money, and that is withheld, too? The Earl seems to be manipulated to the very end...by absolutely everyone and the kitchen sink. I expected to see more growth, but the Earl proved to be pretty simple-minded, so, oh well. What he doesn’t know can’t hurt him, right? Sigh.

The development of the heroine’s character is further undermined because after she withholds who the true owner of the handkerchief is, she and her brother basically shrug their shoulders and go along as usual. Come on. Realistically, one or both of them should have been working furiously behind the scenes to discover why that item turned up on a dead girl the Earl didn’t even know. And shouldn’t a novelist have a keen and inquisitive mind? What a wasted opportunity to let the readers like or at least admire this heroine.

The heroine had one potential shining moment where she could have turned a corner, but she reverts right back to a weak-willed creature easily manipulated. She discovers the villain is the villain, but she doesn’t take that information to anyone else, and then she allows herself to believe the barrister and the constable ask the villain to transport her to the East End. What?! At that point, I shrugged MY shoulders and floated along to enjoy the HEA as I could. The bottom line is that this interesting story deserved better characters and tighter plot lines.
Read more
One person found this helpful
Helpful
Comment Report abuse

Anne R. Marshall
4.0 out of 5 stars Can Lady Adelia overcome her shyness to win Lord Owen Burnley and save her brother from the noose?
Reviewed in the United States on April 8, 2020
Lord Wrath by Sydney Jane Baily is number six in the Beastly Lords series. Lady Adelia Smythe is the shyest person who ever lived. She stutters, never speaks to anyone outside her household, has perfected disappearing into the wallpaper, and wants nothing more than to stop accepting invitations to ton events. She's had four seasons and has no wish to marry so what is the point? She is perfectly happy writing her novels. She has finished tow and is working on the third. The only reason to be part of society is the delicious gossip she hears and is able to use in her writing, Lord Owen Burnley is a rake, or at least has the reputation. At this time he is obsessed with finding his sister's murderer. He had found her body in a shoddy East End pub, he had had to tell their parents, and he had to find her murderer, since the police didn't seem to be trying very hard. He has several clues: a handkerchief with an anvil embroidered on it and the note that had been sent, luring her to her death. Sadly he discovered the paper, although watermarked, was very common. He needed to find the owner of the handkerchief. He needed help ... a lady's help.

Lady Adelia was written beautifully. Baily gave her all the traits necessary to be believable. At first, all she could do was nod or shake her head at Burnley. After a while she could give him one-word answers. Reading her was a thing of beauty. Owen was a good character but he was like so many characters in romance books. He did love Adelia, however, and would never let anything hurt her. He was broken over the way events had played out. He had two women to love: his dead sister and Adelia. The mystery was a good one. It involved intrigue, lies, blackmail, and more. Adelia's and Owen's relationship went beyond propriety, but what were discreet servants for? This was an engaging read. I can wait to read those earlier in the series. I recommend it and them, to you.

I received a free ARC of Lord Wrath from Dragonblade in exchange for a fair and honest review. All opinions and interpretations contained herein are solely my own.
Read more
One person found this helpful
Helpful
Comment Report abuse
See all reviews from the United States