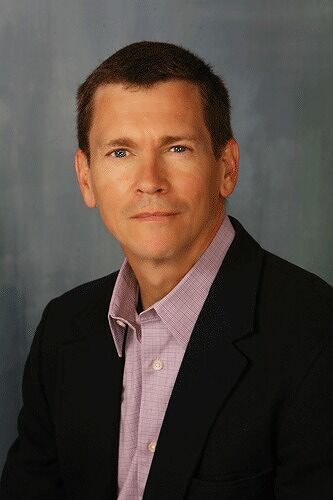 The Lords of Oblivion: A San Francisco Fantasy (The Lords of History) Paperback – November 10, 2017

by Peter W Blaisdell (Author)
3.5 out of 5 stars 10 ratings
Part of: The Lords of History (3 books)
See all formats and editions
Sorry, there was a problem loading this page. Try again.

THE LORDS OF OBLIVION is a fantasy novel about a lethal conflict that starts in the Dark Ages and ends in modern San Francisco, all in the space of one magician’s lifetime. <\b> <\p> Bradan is fifteen centuries old, looks 30 years of age, and lives in San Francisco. He’s an environmentalist, drives a haunted Tesla and keeps a wolf. Life’s good and he’s almost forgotten his youth in war-torn, ancient Britain where he acquired the secret of near immortality, but also betrayed his civilization.

Bradan is confronted with his past when two Celtic priests who encouraged his treason are resurrected. The priests come to revere San Francisco’s natural beauty and try to erase humanity by provoking a catastrophic earthquake that will return the city to a pre-urban state. In this collision of modernity and magic, Bradan works desperately to use his limited magical skills, current technology, and his wits to challenge the priests. If he doesn’t win this battle, he’ll be annihilated with millions of other souls.<\p>The Small Press Bookwatch, a Midwest Book Review journal, reviewed this work and lauded it as: "Deftly written by Peter W. Blaisdell, “THE LORDS OF OBLIVION” is a simply riveting literary fantasy/magical realism novel...Impressively original and consistently entertaining from beginning to end, “The Lords of Oblivion” is especially and unreservedly recommended..." <\b>

Peter Blaisdell currently lives in the LA area and has lived in the San Francisco Bay Area. He has a PhD in Biochemistry and has conducted postdoctoral research in molecular biology publishing peer-reviewed research papers in these fields. He has also published articles on managing research in technology companies. None of this has much to do with the literary side of his life where he is an active reviewer of fantasy, science fiction, science fantasy and magical realism. The Lords of Oblivion is his debut novel.

Peter Blaisdell has a Ph.D. in Biochemistry and has conducted postdoctoral research in microbiology. On the literary side of his life, he writes fantasy novels.

His latest book, THE JINN AND THE TWO KINGDOMS, is a literary fantasy. Its the first in a new series set in a mythical kingdom of jinn, and the human realms of medieval Spain and Arabia. The jinn and human worlds are connected by a portal.

As the blurb for this novel states: 'Thiago doesn't think of himself as a demon, but he is. He's a thief too, and therein lies this story.'

Peter has also written a three-book, modern fantasy series that can be read in any order. The series includes, THE LORDS OF THE SUMMER SEASON set during the 'Summer of Love' in 1967. This fantasy with a dash of psychedelia, explores creativity, vengeance, and romantic attraction.

The series also includes THE LORDS OF OBLIVION, an action-oriented fantasy with environmental themes and THE LORDS OF POWDER, a story set during the height of Miami’s cocaine wars where a magician pursues a fortune smuggling and woos a smart, attractive musician while eluding drug cartels and the police.

Revenant
5.0 out of 5 stars Fun magical realism!
Reviewed in the United States 🇺🇸 on March 15, 2021
Verified Purchase
A 1500-year-old wizard. A pair of savage druids raised from the dead. Modern day San Francisco. A wolf that takes no gruff. Blaisdell creates a fascinating world in this magical realism novel with smart writing, complex characters, and clever use of history and mythology. I was sucked in from the very beginning. I look forward to more of Bradan and Tintagel's mystical adventures.
Read more
One person found this helpful
Helpful
Report abuse

Anne B. Sharp
5.0 out of 5 stars I do enjoy historical fiction and references to the past run throughout ...
Reviewed in the United States 🇺🇸 on November 26, 2017
Verified Purchase
I don’t typically gravitate towards fantasy/sci-fi literature but in this case the settings - Arthurian England and modern day San Francisco/San Francisco Bay Area - caught my attention and imagination.

I do enjoy historical fiction and references to the past run throughout this novel. It’s a fast paced read, loaded with descriptive prose that allows the reader to feel they are part of the story.

This story provides tongue in cheek fun with modern technology amid more serious references to the future of our environment.

I look forward to reading a sequel.

Maurine H. Settergren
5.0 out of 5 stars Intelligent and imaginative
Reviewed in the United States 🇺🇸 on July 26, 2018
Verified Purchase
From the very first chapter, the story captures your interest and then moves the plot forward to a satisfying conclusion - providing tension, excitement and character development along the way. Too many books try to give you a Game of Thrones-size cast to no purpose, but Blaisdell gets it right.
Using the King Arthur legend as his starting point, with modern-day San Francisco as the main setting, Blaisdell moves the story forward with purpose and crisp, intelligent prose.
Read more
One person found this helpful
Helpful
Report abuse

4zdcZebra
5.0 out of 5 stars Short, Sweet, and Exciting !
Reviewed in the United States 🇺🇸 on November 25, 2018
A great read for a long train ride or airport layover. I'd love to read more from this author. I appreciated his effort with the setting - it made the story work. I recommend this book for older teen and adult fantasy lovers. Not appropriate for tweens.
Read more
One person found this helpful
Helpful
Report abuse