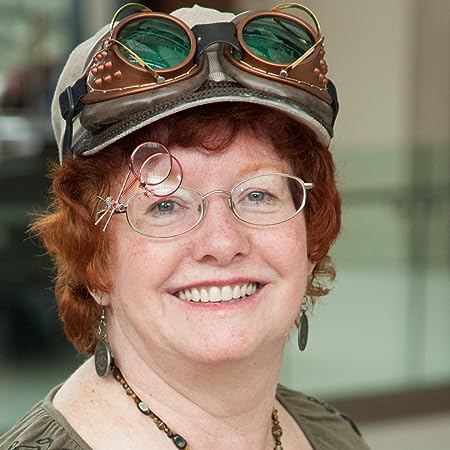 Lori Alden Holuta lives between the cornfields of Mid-Michigan, where she grows vegetables and herbs when she's not playing games with a cat named Chives. She's fond of activities from the past, including canning and preserving, wine making, crochet and cooking.

Her lifelong fascination with the Victorian era dovetails nicely with articles she has written for The Primgraph, a magazine that focused on historical eras in virtual worlds. She's also written music and book reviews for Steampunk Magazine and served as Editor-In-Chief for Penny Gaff Publications, a small independent publishing house which produced serial adventures in the old penny novel style. 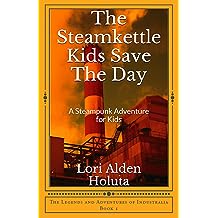 The Steamkettle Kids Save The Day Dec 18, 2014
by Lori Alden Holuta, Ken Holuta
( 11 )
$2.99
It’s a warm Saturday in the summer of 1872, and somewhere in Steamkettle Bay, bad things are happening. Can Paisley Pockets and Christopher Cogan stop a crime in progress? They may be just a couple of kids, but where there’s a will and some smarts, there just might be a way.
Read more
Other Formats: Audible Audiobook , Paperback 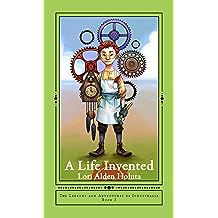 A Life Invented Sep 3, 2016
by Lori Alden Holuta, Serene Spence, Ken Holuta
( 5 )
$2.99
Gerard Liddle is a young kid growing up in the late 1800s in the idyllic town of Quartz Corners. He's already tinkering around with his very first inventions - which sometimes work, and sometimes do unexpected things.
Read more
Other Formats: Audible Audiobook , Paperback 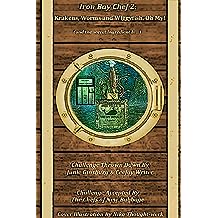 This “cookbook” is based on the Iron Chef series, which mixed cooking, sports, and game shows in an arena-style setting, blending in play-by-play commentary and slow-motion replays. Guest chefs challenged one of the home-team ‘Iron Chefs’ in kitchen competition. A moment before starting, a ‘secret ingredient’ was revealed. The chefs had to use it in every dish they created. Challengers would frantically whip up appetizers, main courses, salads, sides, desserts, and even cocktails. The secret ingredient worked well in some dishes and horribly in others.

On the west side of New Babbage, the peaceful yet murky waters of Iron Bay provided the name and inspiration for a friendly competition amongst the city’s avid (and rabid) foodies.

The City-State of New Babbage is a community-built virtual construction that is hosted on the Second Life grid.
Read more 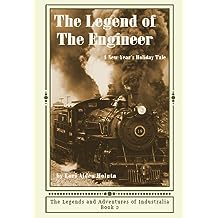 The Legend of The Engineer: A New Year’s Holiday Tale Dec 31, 2015
by Lori Alden Holuta, Ken Holuta
( 6 )
$2.99
In a country called Industralia, children listen to a New Year's story about Frostica, the Engineer, and a magical train pulled by Engine No.19.
Read more
Other Formats: Audible Audiobook , Paperback 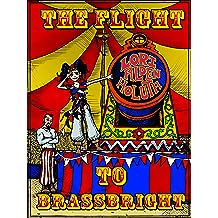 The Flight To Brassbright Jan 31, 2015
by Lori Alden Holuta, Bob Brown, Kenneth Holuta
( 22 )
$2.99
Constance is a wild, stubborn young girl growing up poor in a small industrial town in the late 1800's. Beneath her thread-worn exterior beats the heart of a dreamer and a wordsmith. But at age twelve, she’s orphaned. Running away to join the circus—like kids do in adventure books—seems like such a brilliant idea… or is it?
Read more
Other Formats: Audible Audiobook , Paperback