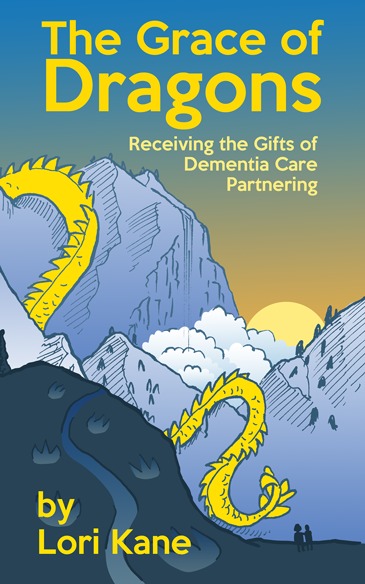 Born in South Dakota, Lori Kane, EdD, moved to Seattle as a young adult where she began as an editor, then became a tech writer, instructional designer, and eventually a researcher studying self-organizing groups and a community story wrangler for her communities. She learned to listen so closely that she eventually learned how to listen to trees, and the trees asked her to move her family to an island, so she did.

Today Lori's a Pacific Northwest essayist, poet, author, and coworking and workshop space host. She's an occasional blogger, serious home canner, lazy gardener, Alzheimer's care partner for mom Linda, and a mystery, fantasy, and science fiction enthusiast. She lives on Whidbey Island, Washington, USA alongside the remarkable Salish sea and her equally remarkable people. She runs Silly Dog Studios with husband Daniel, Eva the dog, and Joe, Bella, and Batman the cats beside the chatty trees of Brakenwood forest who suggest that Silly Humans Studios would have been a more apt name for their home and business.

Lori has written eight books of creative nonfiction, poetry, and creative nonfiction/poetry hybrids on the subjects of finding work you love that the world needs, turning empty and underused spaces into community spaces, remembering and being sustained by your artist self, noticing the deep-fierce gifts within caregiving, encountering the unshaken wonder at your core, and recognizing yourself as part of the playful elder community. 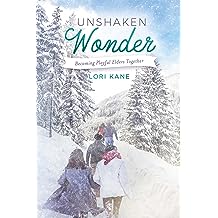 Unshaken Wonder: Becoming Playful Elders Together Apr 17, 2018
by Lori Kane
( 17 )
$2.99
I feared that I’d never get there. To Unapologetic Playfulness Land. Lori’s own Promised Land. Maya Angelou got there. Gandhi got there. The Dalai Lama, Desmond Tutu, and even writer Anne Lamott got there. My friends Bernie DeKoven, Bayo Akomolafe, and Natalie Kinsey the tree-haired wonder got there. Even Mom got there, thanks in large part to her Alzheimer’s disease.

But could I get there? Could an angry, burned out person who felt unwilling and unprepared to become a family and community elder—a person who often felt like burning the world or at least its elected leaders to the ground—become a playful elder?

I followed these questions away from the serious, city-dwelling researcher self that I’d been until I became an island-dwelling artist who knows that people are actually brave and fun and even hilarious every chance they get. I know now that wonder is within me, it’s all around us, and that we humans can be playful in the face of anything. And I do mean anything...

What does it take to become a playful elder today? What does it take to encounter wonder daily? What does it take to reconnect with the wonder at our core during times of increasing polarization, isolation, exhaustion, and anger and when confronted by pain, death, injustice, and horror? And what exactly is unshaken wonder—the wonder that appears to sit at the core of playful elders around the world? I suspect that to feel unshaken wonder you must be ready to unlearn much of what the old you thought was true. That you must be ready to open yourself up to new possibilities, people, and ideas again and again. Ready to let go of what doesn’t matter in this moment in favor of what matters most to those fully present and together, right now.

Are you ready?
Read more
Other Formats: Paperback 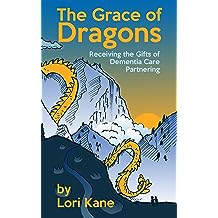 The Grace of Dragons: Receiving the Gifts of Dementia Care Partnering Oct 25, 2015
by Lori Kane
( 2 )
$2.99
Doable respite for busy care partners, friends, family members, and others impacted by dementia (and really anyone required to befriend grief on a daily basis). The essays and poetry in this book reflect our family’s decade-long experience living with Alzheimer’s disease. Without sugar-coating the experience, the book surfaces what our family has gained — for example, growing closer, letting go of the need to fix everything, becoming group improvisation experts together, becoming more fully present and bad ass, and becoming our own respite center — sharing a more whole story of Alzheimer’s disease than is often told. Not a How-To guide: this is a book for "Why Me?" days.
Read more
Other Formats: Paperback 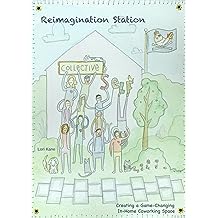 Reimagination Station: Creating a Game-Changing In-Home Coworking Space Mar 23, 2015
by Lori Kane
( 1 )
$2.99
What does it mean to reimagine part of your private home as a community space? What does it take to imagine, run, work in, let go of, and play in a free in-home coworking space? What are the impacts of doing so on the homeowners, housemates/renters, neighbors, coworkers, neighborhood, city, and region? We are living answers to these questions and offer experience-based hints for others playing with similar ideas.

This is also a flash non-fiction book that contains found-object art and community-surfaced stories and ideas. We got the idea for the book during coworking on February 4, 2015. We created the book in four weeks—finished March 5th as hoped. We self-published in March to be timely, useful, and affordable for people we love. Friends and neighbors mentioned in community stories can pick up their free copy of the book at the house during coworking in 2015, starting in April.

Feel free to ask me anything about turning our home into community space, about this and other neighborhood reimagination stations we’re connected to now, or about the process of creating flash non-fiction and lived-adventure books. Bring your own plan to get me to shut up when you need to go. In person, about subjects I love, I do tend to go on a bit. 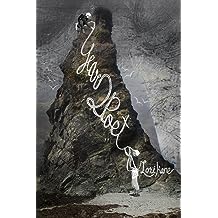 Year 2 Poet goes beyond a traditional book of poetry by capturing the lived experiences of a second-year poet. Offering ideas to play with, an imagination boost, inspiration, and moral support, Year 2 Poet is an ideal book for people struggling to make time for their creative selves, students of the language arts, women, contemporary poets and artists, caregivers, and others who feel awkward in their own creative skin.

“Your poems are stunning. Reading the poems, it literally felt like something was cutting into and gripping my spirit – emotions caught on a hook. In a good way – an alive way. You’ve done it – you have expressed fullness of an experience, in a way that others can enter in. Thank you for sharing!”
--Marigrace Becker, UW Medicine Memory and Brain Wellness Center

This is the second book in a 5-year series about the experience of recognizing and embracing your artist self. Year 1 Poet explored the question “Are you a creative?” Year 2 explores “What does it take to keep creating — to keep prioritizing your true self — no matter what else happens?”
Read more
Other Formats: Paperback 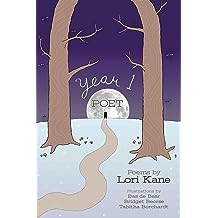 Year 1 Poet Jan 4, 2015
by Lori Kane, Tabitha Borchardt, Bas de Baar, Bridget Beorse
( 4 )
$4.99
Year 1 Poet is the illustrated story of a non-fiction author who intentionally moved to an island and accidentally became a poet. This genre-defying book is part poetry book, part authorship guide, and part moral support for contemporary (especially new) poets, students of the language arts, women authors, and anyone who finds themselves in transition between an old self and a new creator, poet, or artist self.
Read more
Other Formats: Paperback 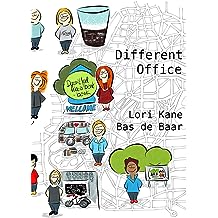 Different Office: Stories from Self-Created, Soul-Satisfying Work Space Jul 13, 2014
by Lori Kane, Bas de Baar
( 2 )
$2.99
This book is a collection of discussions about what it takes to create and sustain soul-satisfying work space.

The discussions are with an artist who transformed furniture repair into an art-centered life. A student of play who invented a play-centered life. A people- and book-lover crafting a talking + book-centered life. Several community-centered people co-creating community-centered lives. And multiple small-business owners serving neighbors by offering only services and goods that they themselves love-from bicycle care, repair, and hand-created bike accessories to really great beer, and from haircuts for curly hair to community and family-centered home loans.
Read more
Other Formats: Paperback 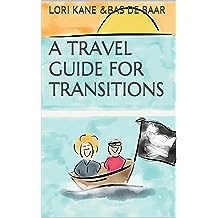 A Travel Guide for Transitions: Because Freaking Out About This by Myself Totally Sucks Jun 11, 2013
by Lori Kane, Bas de Baar
( 3 )
$2.99
What happens when so-called experts on transitions are facing major life transitions themselves? It may not be what you expect. Bas founded an imaginary country. Lori turned her home into public space.

We’ve also been collecting stories of people savoring transitions, including our own stories. There’s no one best way (damn), not even for people as individuals and groups. We try things and see if they work for us in the moment. Get stuck and freak out. Invent new approaches on the fly when our old approaches fail us.

"A Travel Guide for Transitions: Because Freaking Out About This by Myself Totally Sucks" is a collection of options for savoring transitions. Today we see the chapter concepts—play, howling at the moon, community and self-organizing groups, creation and stories and maps, collaborative space and coworking, finding our cultures through ourselves, and radical acceptance, faith, surrender, and forgiveness—as some of the doorways to greater agility and an ability to move more fluidly and contentedly through transitions. The book is useful in any moment that we stop freaking out long enough to recognize that we have options. That’s what we use it for anyway.
Read more
Other Formats: Paperback 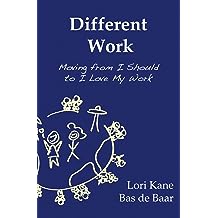 Different Work: Moving from I Should to I Love My Work May 2, 2012
by Lori Kane, Bas de Baar
( 1 )
$1.99
This e-book is a collection of stories from people who deeply love their work (most days). People who are working beyond their own “I Shoulds” and who are changing what work looks and feels like for themselves and their families, organizations, and communities.

For example, bike messengers serving their neighborhood and honoring their own love of riding bikes. A rabbi, a pastor, and an imam who are best friends, working together, arms wrapped around each other’s shoulders. Independent consultants and speakers who love their work and their communities. Musicians listening to the creative muses within themselves. A non-profit CEO who helps others laugh out loud and battle addiction. A conflict mediator and an artist who love their work and each other. A businessman making friends all over the planet through his love of learning. Factory workers free to become and do whatever they want.

The authors themselves are learners—trying to understand how to sustain and support yourself doing work you love. The book ends with their own story: two bloggers/consultants/writers/researchers/story gatherers/mid-life-crisis/40-somethings co-creating an e-book together from opposite sides of the world, and learning to love their work. Together.
Read more
Other Formats: Paperback