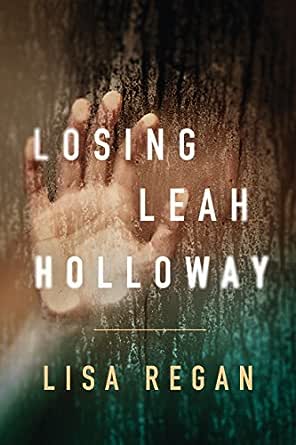 You've subscribed to A Claire Fletcher and Detective Parks Mystery! We will preorder your items within 24 hours of when they become available. When new books are released, we'll charge your default payment method for the lowest price available during the pre-order period.
Update your device or payment method, cancel individual pre-orders or your subscription at
Your Memberships & Subscriptions
There was an error. We were unable to process your subscription due to an error. Please refresh and try again. 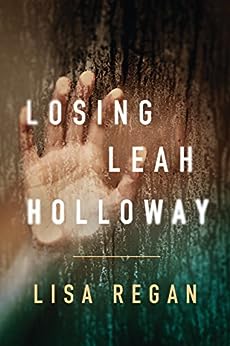 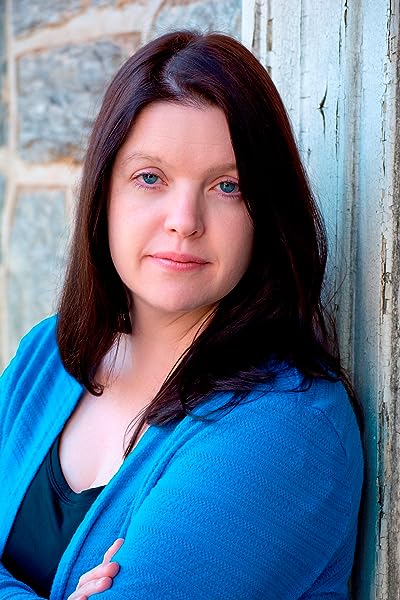 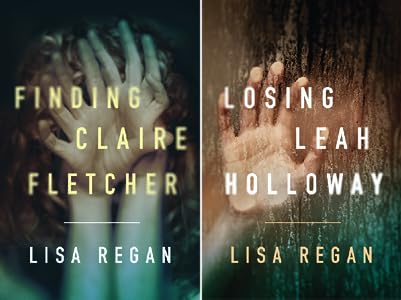 Lisa Regan, the author of Finding Claire Fletcher, is a bestselling suspense novelist and a member of Sisters in Crime, Mystery Writers of America, and International Thriller Writers. She has a bachelor’s degree in English and a master’s degree in education from Bloomsburg University, works full-time as a paralegal, and lives with her husband and daughter in Philadelphia, where she writes books while waiting in line at the post office. Readers can learn more about her work at www.lisaregan.com.

4.7 out of 5 stars
4.7 out of 5
876 global ratings
How are ratings calculated?
To calculate the overall star rating and percentage breakdown by star, we don’t use a simple average. Instead, our system considers things like how recent a review is and if the reviewer bought the item on Amazon. It also analyzes reviews to verify trustworthiness.
Top reviews

Mathstang
5.0 out of 5 stars Must Read!
Reviewed in the United States on October 26, 2017
Verified Purchase
Lisa Regan writes suspense/thrillers with a tad of romance that is amazing! Go ahead and forget about figuring out the “who did it” part. Just when you think you’ve figured it out, she pulls the rug right out from under you.

Have you ever finished a book and wondered, “Gee, I wonder where these people will all be in a few years.” You actually get to find out in LLH. Claire and the gang are all back. Claire’s still recovering from her ordeal. Here, she’s at the wrong place at the right time and sees the unthinkable. Im not a spoiler, but it all spirals down from there to a conclusion I guarantee you won’t see coming! You will not be disappointed!

Lydia M
4.0 out of 5 stars Fast Read
Reviewed in the United States on October 24, 2017
Verified Purchase
I thought this was a pretty good thriller novel. I didn’t read the first novel in the series, but I didn’t really think it was necessary to understand the characters. I appreciated that while the romantic relationship was definitely an element of the story, it definitely felt secondary to the plot. It didn’t feel like the crimes were a plot device for the characters to have sex, basically. I appreciated the use of flashbacks and how they weren’t over-used. I felt like some elements were rushed at the end, but overall I really enjoyed it and will probably read more in the series. There is language and sexual content, for those who like to be warned.
Read more
9 people found this helpful
Helpful
Comment Report abuse

Cherie'
5.0 out of 5 stars READ THIS BOOK!!!!
Reviewed in the United States on October 19, 2017
Verified Purchase
5 *****
I really enjoyed this book and couldn't wait find out who the killer was. Wasn't who I thought it was. This book is very suspenseful with a lot of twists and a little sex. The characters are very likeable and well developed. Just when you think the book is done, there's more and then it all comes together. I have already recommended this book to my fellow book worms.
Thank you good reads for the free book, thank you Lisa Regan for this enjoyable book.

Sugar
5.0 out of 5 stars A hold onto your seat kind of read!
Reviewed in the United States on October 17, 2017
Verified Purchase
As a very early reader of Finding Claire Fletcher, I knew from the first few pages Lisa Regan was a thrill writer unlike any we’ve seen in recent memory. I never dreamed I would one day see a second book involving Claire, but you can bet I was one of the first ones to get my hands on it. As expected, Ms. Regan did NOT disappoint me with the second installment of Claire and Connor. Let me tell you, the book opens with a bang and the pace is strong, fast-paced, twisted, and beautiful all the way to the end.

Five years after being rescued from her abductor, Claire has a new life. She’s finding her way back from the ordeal, check that, hell, she went through, and trying to live a normal life. She went to the river with her dog and her sister for a little R&R, but what she got was embroiled in a mystery that would once again endanger her life, and require her to work with her ex, Detective Connor Parks.
I’ve always thought Claire and Connor’s attraction was off the charts, and it was no different in this book, though it was a slow, deliberate advancement of their relationship. The author wrote their love story the only way it could be told; beautifully damaged, but worth fighting for.
Amid the story of Claire’s return to society is the story of Leah Holloway and her children. Why would a presumably happy woman, a mother who seems to have it all, try to kill her own children, not to mention the neighbor’s children. It wasn’t adding up and Connor was tasked with figuring out why before more women died.

Lisa Regan’s books are hard to review because almost every part of the book I want to include here would be considered a spoiler, and I refuse to give spoilers. Ms. Regan is a modern-day Mary Higgins Clark with a side of dark psychological thrill writing like that of Dean Koontz. You will never be disappointed in any of Ms. Regan’s books, but don’t take my word for it. You can read Losing Leah Holloway without reading Finding Claire Fletcher first, but I encourage you to read both, you won’t regret it!
Read more
10 people found this helpful
Helpful
Comment Report abuse

Laura
4.0 out of 5 stars Strong thriller with great characters
Reviewed in the United States on June 27, 2020
Verified Purchase
I found this an excellent sequel to “Finding Claire Fletcher,” and not only because we get to see Claire mostly recovered several years after that novel. Leah is central - a mystery who seems to act so bizarrely that no one can believe it was actually her. By the end, Leah becomes three-dimensional, though I wish the same could be said for her “best friend” Rachel (shudder). I wish the last scene with Rachel had been just a bit more fleshed out. Still, highly recommended.
Read more
One person found this helpful
Helpful
Comment Report abuse

Spicy
1.0 out of 5 stars VIOLENT AND SUBJECT MATTER
Reviewed in the United States on November 19, 2018
Verified Purchase
I got caught up in one of this authors book that you didn't know what was up till the end. I went in and ordered more of her books. She writes of unspeakable things . The subject matter does not give me entertainment, but horror. I know these things go on, but I do not need to be entertained by them. I am permanently deleting this author.S he writes true crime like it is fiction.
Read more
3 people found this helpful
Helpful
Comment Report abuse

Kindle Customer
4.0 out of 5 stars Good story
Reviewed in the United States on December 1, 2018
Verified Purchase
The storyline is interesting, with a few perceptive passages that go beyond telling a simple story. The characterisation is decent. It was good getting to read about Claire and Connor again and learn more about their relationship.
Some of the coincidences in the plot are a little contrived, but this is fairly common in serialised stories where the new events need to be connected to the characters from the old story. I found some of the descriptions of past events a bit boring, but others helped flesh out what had happened in a good way.
Read more
One person found this helpful
Helpful
Comment Report abuse
See all reviews

Gill Elliott
4.0 out of 5 stars Good book
Reviewed in the United Kingdom on September 19, 2019
Verified Purchase
I so wanted to give this 5 stars as I really enjoy this author’s books but as soon as Claire managed to get caught again by another psychopath it lost a star! All these victims just seem to move from one disaster to another, I thought the cliche of Claire getting attacked a second time was averted when her sister was attacked but obviously the hero had to come into play ( Conner ). Still a good story though, sadly just too predictable
Read more
Report abuse

MED2512
5.0 out of 5 stars Brilliant book
Reviewed in the United Kingdom on June 8, 2019
Verified Purchase
Just finished this book and I loved it. Had previously read several of Lisa’s books, including Finding Claire Fletcher, and was great to see the characters develop in this story. Great novel, great author, can’t wait to read more from Lisa.
Read more
Report abuse

Kindle Customer
5.0 out of 5 stars Boy oh boy this is fantastic!
Reviewed in the United Kingdom on January 31, 2018
Verified Purchase
This is the second book in the series and you really need to read the first one to make sense of it all. It was just brilliant. I don't know where Lisa gets her ideas from, but believe me, you won't want to miss this rollercoaster! Very highly recommended.
Read more
Report abuse

secretmaggie
5.0 out of 5 stars So glad i found this author.
Reviewed in the United Kingdom on November 26, 2018
Verified Purchase
Loved this book and the porevious one. Do not know why i have not read this authors work before, but sure glad i found her in the end. Excellent characters and storylines.
Read more
Report abuse

Miss N Seed
5.0 out of 5 stars Brilliant
Reviewed in the United Kingdom on June 29, 2018
Verified Purchase
My favourite author at the minute, have really enjoyed every one of her books and didn’t want it to end, at the same time couldn’t wait to find out what was coming next.
Read more
Report abuse
See all reviews