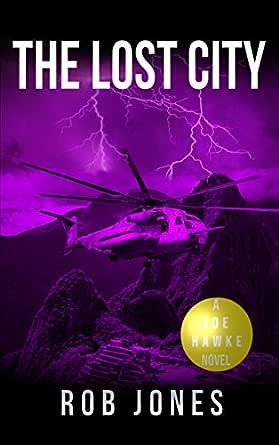 You've subscribed to Joe Hawke! We will preorder your items within 24 hours of when they become available. When new books are released, we'll charge your default payment method for the lowest price available during the pre-order period.
Update your device or payment method, cancel individual pre-orders or your subscription at
Your Memberships & Subscriptions
There was an error. We were unable to process your subscription due to an error. Please refresh and try again. 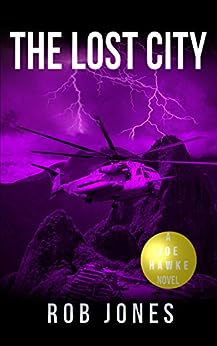 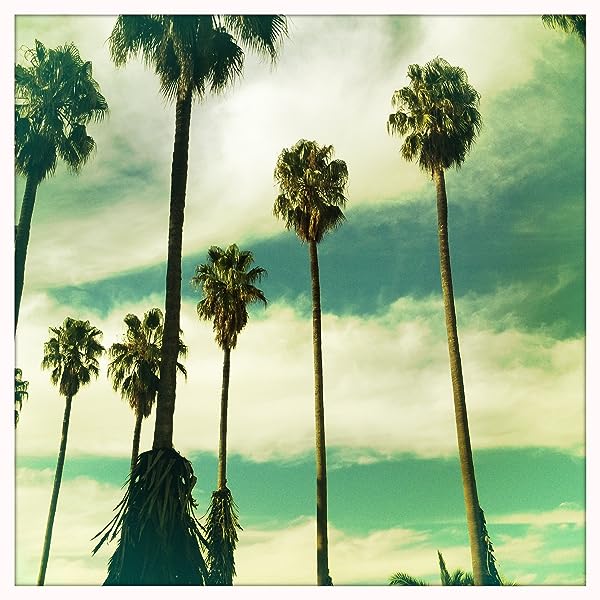 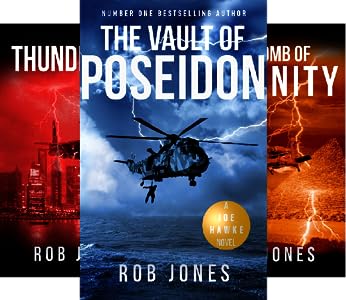 3. Team gets attacked while they are finding something (in a tomb or tunnel). Most of the people on the team have been shown to have great military history, and yet there seems to a genuine lack of common sense. They all pile in the tunnel or the tomb without any regard for tactics. Never a lookout, no perimeter around their area.
4. Professor/archaeologist dies during the fight

3. Team is late, goes in after the bad guys. Somehow during the firefight, the positions are reversed, and the enemy is closer to the exit and escapes. Again, no planning. No one left behind to disable the enemy vehicles or maybe someone in a sniper position to take the escaped enemies out.
4. Professor/archaeologist dies during the fight

I feel that the only 2 reasons I am reading the novels now is for the amazing camaraderie/banter between the team that Jones writes. And to know what is the deal with the Athanatoi and what secret does the Oracle know.
Read more
Helpful
Comment Report abuse

jesper simonsen
2.0 out of 5 stars amatures
Reviewed in the United States on May 26, 2020
Verified Purchase
I have over the last few weeks read all the 14 books, more or less, so my review will be for all 14 books.
Can have spoilers.
Unfortunately i got them all at once, if i had bought them one at a time i would have stopped after 2 or 3.
This book series is cut and past, if you have read one you have read them all,its basically the same story, just change the locations and what artifact that is being looked for. The books follow the same recipe and you know what is going to happen. Like the chaces, some times its a car then a boat or a helicopter and there is no reason for me to read them because they all end the same way, the bad guys get away, after so many failed chaces this special team should reconsider there approaches and do something different.
Talk about this team of specialists, to me they seem like armatures, they always get caught offguard, like when they go to some expert at a museum,they all stand with there backs to the door and they get surprise by the enemy, and the expert always die.
They never have the right firepower ,it seems the enemy has acces to all sort of weapons ,attack helicopters ,RPG, missiles and other special vehicles, where our special team most of the time run around with little pea shooters, and only once did i read that they had body amour on,when attacking the base of the enemy. If they had used them, all the time then probably they wouldn't have lost some of the team members.
One really interesting thing was that in the first book,the main female lead was take at gun point 3 times as far as i remember, it actually happens a lot to many of them, and you start to think maybe they should find something else to do, something they are better at.
And when someone is held at gun point the rest of the team puts down there guns, big mistake you never do that, if this was real criminals this team would have been wiped out in the first book, but here they get taken prisoner and put in a very dangerous situation ,that they by a miracle can escape from, just like you see in a James bond movie.
Talking about shooting i have never heard about so many throat shots, not head shots but bullets that rip through throats, so far out LOL
Then we have the hunt for an artifact, it sounds good in the beginning but it always fall flat, they go under ground through some tunnels into a cave with a tomb, they get what they came for but the enemy surprises them again, and someone ends up at gun point and they lose the artifact and get looked up in the tomb.
Same thing every time, even in the citadel, it was set up to be something grand, but no just a throne and a big metal ball, even when they went to hell, it just felt empty and pointless.
So i see it, as a vast of time reading the books, this team is not good at there job, if seal teams would behave like this, there wouldn't be any more seal teams, they are behaving so stupidly not like professionals.
I could go on and on there are so many things wrong here but i think its enough.
Read more
Helpful
Comment Report abuse

Warlock
1.0 out of 5 stars Yuk
Reviewed in the United States on August 17, 2017
Verified Purchase
I bought the 8 book pack and regretted it all the way through. I read them all and it was terrible. Simplistic with no real story line. Each book was the same. Good guys are to too blind to the obvious danger and proximity of the bad guys. The bad guys take advantage of situation every time and always stay a step ahead until the last. You knew what was going to happen after the first page of every chapter. There is no was anyone trained by the SAS or SBS could possibly be that stupid. I seriously doubt any country would let three or four people deal with such threats. Totally a waste. Glad I purchased in the electronic form so no trees were killed for this display of sophomoric drivel. You do get what you pay for, though. So, lesson learned.
Read more
Helpful
Comment Report abuse

Michael
5.0 out of 5 stars Great stories. Awesome characters
Reviewed in the United States on May 20, 2018
Verified Purchase
More action than you can shake a stick at. Great stories. Awesome characters. Loved the whole series. Can’t wait for The Kings Tomb. I read all 9 novels back to back. It’s the best way!
Read more
Helpful
Comment Report abuse

John Aspinall
5.0 out of 5 stars Great Author
Reviewed in the United States on July 27, 2017
Verified Purchase
Brilliant series, have throroughly enjoyed all the books so far in the series.
Read more
Helpful
Comment Report abuse

Earl
5.0 out of 5 stars Great!!!!
Reviewed in the United States on March 12, 2017
Verified Purchase
Another great adventure. I have read all eight. I an eager to read the ninth when it comes out. But please stop all the characters rolling their eyes. That is so DUMB!!!!!
Read more
Helpful
Comment Report abuse

Nigel Gambles
5.0 out of 5 stars Great
Reviewed in the United Kingdom on July 14, 2017
Verified Purchase
Rob Jones delivers yet again after the cliff hanger ending in Book 7, The Lost City takes on the trail of Kruger and some new allies of his in search of the Fabled Lost City of Gold but all is not what it seems. This is another none stop roller coaster of a ride. All we have to do now is wait for the next instalment. Keep up the great work Rob.
Read more
Report abuse

susan..w
5.0 out of 5 stars Loved it
Reviewed in the United Kingdom on May 7, 2017
Verified Purchase
Oh my, amazing detail.
This is book 8, but you don't have to go to the first book.
You can jump in anywhere, but then you'll want t read them all.
Loved it.
Read more
One person found this helpful
Report abuse

Amazon Customer
3.0 out of 5 stars Not bad but the story line is getting a bit samey
Reviewed in the United Kingdom on July 24, 2017
Verified Purchase
Same basic plot and tiresome cheeky banter as the previous books. Nice narrative and descriptions but maybe time to change the plot a bit. I for ine am tired of the same old "something bad happens, chase aimlessly around making wise cracks, nearly get killed and snatch a draw on the last page" story line.
Read more
Report abuse

Kindle Customer
5.0 out of 5 stars Brilliant
Reviewed in the United Kingdom on July 14, 2017
Verified Purchase
What a great story. It kept me hanging on a knife edge throughout the book. Besides being a great story it also had me reading up the history of the Incas. Fascinating
Read more
Report abuse

Caroline Cummins
5.0 out of 5 stars Brilliant
Reviewed in the United Kingdom on April 17, 2017
Verified Purchase
Another fast and thrilling Joe Hawke adventure and leading cliff hanger, what are Maggie's secrets?! Can't wait for Joe Hawke #9 to be released.
Read more
Report abuse
See all reviews