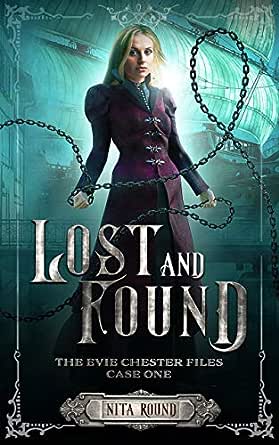 You've subscribed to The Evie Chester Files! We will preorder your items within 24 hours of when they become available. When new books are released, we'll charge your default payment method for the lowest price available during the pre-order period.
Update your device or payment method, cancel individual pre-orders or your subscription at
Your Memberships & Subscriptions
There was an error. We were unable to process your subscription due to an error. Please refresh and try again. 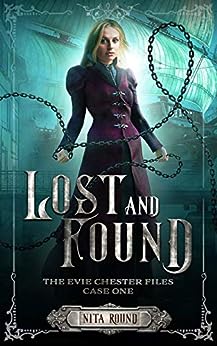 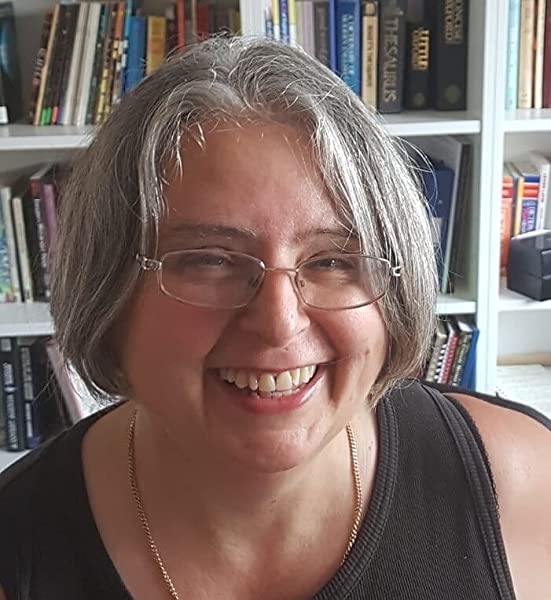 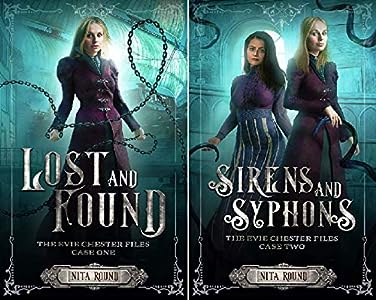 Lex
4.0 out of 5 stars A good new series
Reviewed in the United States on November 2, 2020
This was a good start to the series. I was excited to read this book. I’m a big fan of Round and I love her steampunk-fantasy books. While this is the start to a new series, this is a spinoff staring Evie Chester who is a secondary character in Round’s The Towers of Earth series. If you have never read her Towers series, you can still read this book with no problems at all. If you are already a fan of her Towers series, I don’t think you will want to miss this. I believe the time period of when this book takes place is maybe after the prequel of A Pinch of Salt. We do get a cameo from our favorite ladies Ascara and Magda, but this series is really all about Evie Chester.

Evie is what some people call gifted, others cursed. The world is dangerous for people like her as most people either fear her or want to control her. Sold into slavery as a child, Evie has grown up never knowing freedom. Will she finally get the chance to be free, or will the price be too high to pay?

I do have to be honest that I didn’t love this as much as the Tower series, but I still really enjoyed it. Evie has a hard life so there was a lot that wasn’t very pleasant to read about. Also, Evie is a young woman in this book, who is really beaten down, so she hasn’t grown into the take charge woman I know she will be when she is older. But, it was really interesting getting to know her origin story and how she learned all about her magic. Evie was my favorite secondary character in the Tower series so I’m really glad she finally has her time to shine.

This book was about Evie’s history but it was also a building block for the rest of the series. I loved the ending and it makes me really excited for what is to come. It feels like this series is ready to take off in book 2 and I can’t wait. For Tower fans, if you have read the book A Touch of Ice, you will know that Evie has history with a very interesting woman named Hesta. Let’s just say if you wanted to learn more about them, then this new series is a must. I would recommend this book to steampunk/fantasy fans and especially fans of The Towers of the Earth series. This book just opens up Round’s world even more and I have a feeling that The Evie Chester Files will only get better and better with each book. This book, and all of Round’s Tower series, is currently available on Kindle Unlimited.

KLH
4.0 out of 5 stars Evie's story
Reviewed in the United States on November 2, 2020
This intriguing novel kept me reading. It took me a minute to remember who Evie was, but once her gift was mentioned, then I recalled her. She has a hard life in this novel. When we meet Evie, she is a slave being rented to whoever pays to use her gift. The gifted are not well treated, which provides more insight into Magda’s crew in the previous novels in this world. In a cameo, Magda and Ascara rescue her, but Evie gets caught again. Some of the scenes are hard to read, but they serve to give Evie impetus to learn. There’s an interesting twist near the end, which just makes me want to read more. This world certainly has a lot of different creatures and gifts. As usual, this is well written and a fun escape to another world.
Read more
Helpful
Comment Report abuse

Sasha
3.0 out of 5 stars Not so good
Reviewed in the United States on November 9, 2020
I felt that nothing really good happened in this book. The brief happiness of the heroine, if you would call her that, was overshadowed by all the bad things. Then the book ended with an act that I do not think 99% of the population would have done in her place. I did not like the ending decision or even how this book ended. I felt that both me and the main character was robbed. Me because I would not have read the book if I knew the ending and the character because I felt the actions was not in line of what the author built up to.

I give this 2.5 stars
Read more
Helpful
Comment Report abuse
See all reviews