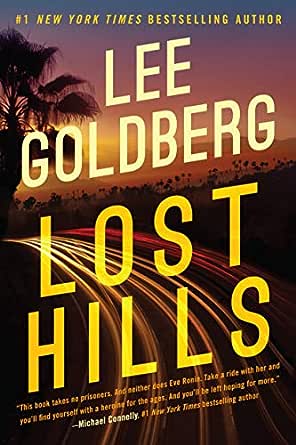 You've subscribed to Eve Ronin! We will preorder your items within 24 hours of when they become available. When new books are released, we'll charge your default payment method for the lowest price available during the pre-order period.
Update your device or payment method, cancel individual pre-orders or your subscription at
Your Memberships & Subscriptions
There was an error. We were unable to process your subscription due to an error. Please refresh and try again. 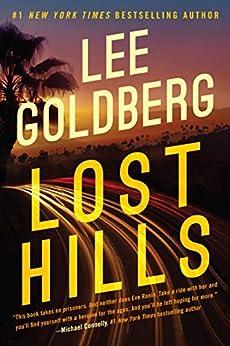 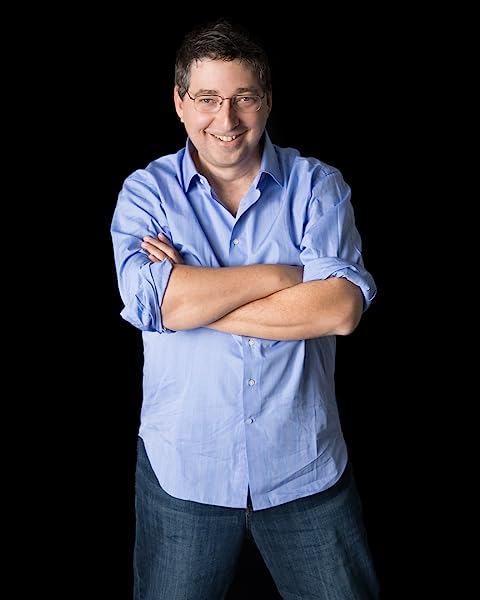 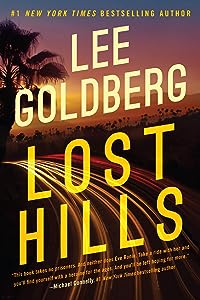 After a viral video shows an off-duty takedown, Sheriff’s Deputy Eve Ronin suddenly finds herself taking on a new role as homicide detective...and her colleagues aren’t so thrilled with her sudden promotion. She wants to do well, but she’s not always right. She’s tossed into a role bigger than she could have imagined, and she needs her colleagues’ support. But when a new killer shows up on the scene, Eve must put aside the department politics and media pressure. She’ll stop at nothing to catch a murderer—there’s no room for her to make a mistake.

Lost Hills had me on the edge of my seat until the very last page. Eve Ronin is a character like no other. In the words of Michael Connelly, “Take a ride with her and you’ll find yourself with a heroine for the ages.”

An Amazon Best Book of the Month: Mystery, Thriller & Suspense

“An energetic, resourceful procedural starring a heroine who deserves a series of her own.” —Kirkus Reviews

“This nimble, sure-footed series launch from bestseller Goldberg…builds to a thrilling, visually striking climax. Readers will cheer Ronin every step of the way.” —Publishers Weekly

“A cop novel so good it makes much of the old guard read like they’re going through the motions until they can retire…the real appeal here is Goldberg’s lean prose, which imbues just-the-facts procedure with remarkable tension and cranks up to a stunning description of a fire that was like ‘Christmas in hell.’” —Booklist

“A veteran writer of countless mystery series…Lee Goldberg’s taut Lost Hills…shines a light on the lesser-known SoCal crime-fighting agency. He excels at employing realistic forensics, ratcheting up the department’s political tensions and using the region’s real-life wildfires in climatic scenes while leavening the proceedings with just the right amount of cop humor…” —Los Angeles Times

“Goldberg brings out the best of the growing genre of crime in the Los Angeles arena. The landscape and the atmosphere of the region play a key role in making this novel a success. Eve Ronin makes a stellar lead character for what appears to be the beginning of a crime series. The payoff provides some surprises as well as a satisfying resolution.” —Associated Press

“Lost Hills is an enjoyable read that shows Goldberg, a two-time Edgar Award winner, at the top of his game. The prose is lean and the pacing is superb. There is no filler here; every sentence earns the space it occupies on the page…There are a lot of series out there, but Eve Ronin and Goldberg’s fast-paced prose should put this one on the radar of every crime fiction fan.” —National Public Radio

“[Eve Ronin is] a great character and her debut story does not disappoint. The police procedure appears to be as authentic as Goldberg can make it without being in law enforcement himself.” —The Oklahoman

“This sterling thriller is carved straight out of the world of Harlan Coben and Lisa Gardner…Lost Hills is a book to be found and savored.” —BookTrib

“What a police procedural should be: a clever and likable lead detective, a supporting cast of both hardworking and lazy cops, wisecracking (and occasionally ribald) station house banter, a smattering of quirky characters, a fast pace, a faithful depiction of investigative techniques, and a writing style as precise as a sniper’s rifle.” —New York Journal of Books

“[A] police procedural that shrugs off the norm in favor of rocking its own path. More notable is a genuinely original female protagonist, Eve Ronin. An intriguing story, snappy dialogue, and clever use of language give the narrative a fizz. Add to that a dark tense atmosphere that builds to a nervy denouement and you have a winner.” —NB Magazine

“Goldberg’s smooth way with a yarn is in evidence here, as his ability to mix mayhem with mirth, but the particularly well-crafted plot with its hardboiled action, forensic detail and, especially, its fully dimensional heroine, move it a step up and away from his previous fiction.” —Mystery Scene Magazine

“Goldberg’s storytelling is vivid and powerful, and his characters well-drawn and believable.” —Ellery Queen Mystery Magazine

“Lost Hills is Lee Goldberg at his best. Inspired by the real-world grit and glitz of LA County crime, this book takes no prisoners. And neither does Eve Ronin. Take a ride with her and you’ll find yourself with a heroine for the ages. And you’ll be left hoping for more.” —Michael Connelly, #1 New York Times bestselling author

“Lost Hills is what you get when you polish the police procedural to a shine: a gripping premise, a great twist, fresh spins and knowing winks to the genre conventions, and all the smart, snappy ease of an expert at work.” —Tana French, New York Times bestselling author

“Thrills and chills! Lost Hills is the perfect combination of action and suspense, not to mention Eve Ronin is one of the best new female characters in ages. You will race through the pages!” —Lisa Gardner, #1 New York Times bestselling author

“A winner. Packed with procedure, forensics, vivid descriptions, and the right amount of humor. Fervent fans of Connelly and Crais, this is your next read.” —Kendra Elliot, Wall Street Journal and Amazon Charts bestselling author

Lee Goldberg is a two-time Edgar Award and two-time Shamus Award nominee and the #1 New York Times bestselling author of more than thirty novels, including the Ian Ludlow thrillers Killer Thriller and True Fiction, King City, The Walk, fifteen Monk mysteries, and the internationally bestselling Fox & O’Hare books (The Heist, The Chase, The Job, The Scam, and The Pursuit) cowritten with Janet Evanovich. He has also written and/or produced many TV shows, including Diagnosis Murder, SeaQuest, and Monk, and is the co-creator of the Hallmark movie series Mystery 101. As an international television consultant, he has advised networks and studios in Canada, France, Germany, Spain, China, Sweden, and the Netherlands on the creation, writing, and production of episodic television series. You can find more information about Lee and his work at www.leegoldberg.com.