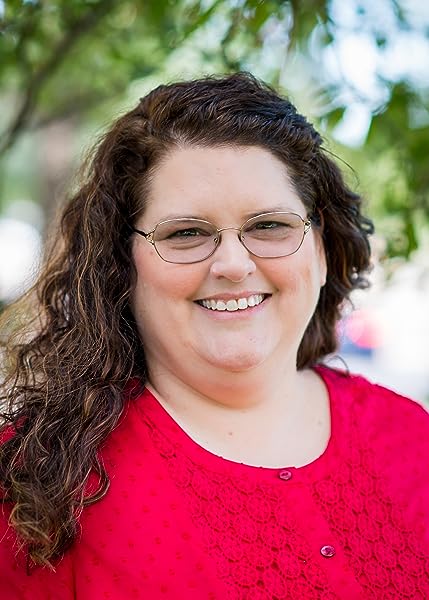 Erica Vetsch is a New York Times best-selling author and ACFW Carol Award winner, and has been a Romantic Times top pick for her previous books. She loves Jesus, history, romance, and watching sports. This transplanted Kansan now makes her home in Rochester, Minnesota. Learn more about Erica at www.ericavetsch.com.

Start reading The Lost Lieutenant (Serendipity & Secrets Book 1) on your Kindle in under a minute.

4.5 out of 5 stars
4.5 out of 5
172 global ratings
How are ratings calculated?
To calculate the overall star rating and percentage breakdown by star, we don’t use a simple average. Instead, our system considers things like how recent a review is and if the reviewer bought the item on Amazon. It also analyzes reviews to verify trustworthiness.

PATTI PIERCE
5.0 out of 5 stars Forgotten memories & a promise that must be kept
Reviewed in the United States on May 8, 2020
Verified Purchase
I am an avid reader, and I love books of all time periods. So I was excited to have the opportunity to review this book. Diana has been groomed her entire life to be a true “lady of the manor”, while Evan as a commoner who happened to save the godson of the Prince Regent – who just happens to also be Diana’s step-brother.

Diana is willing to do whatever it takes to protect her nephew from her father even taking him from her father's home. I loved watching Evan interact with her nephew.. Evan knows he has forgotten something he needs to remember. In the process of renovations, the two realize they can not keep secrets from each other if they want to experience true happiness. They need to trust each other and work together to keep Diana’s nephew safe and help Evan rediscover his lost memories.

I think the Prince Regent is the perfect meddling grandfather-like figure. I would have loved reading more about what he was thinking as he set these two up for marriage. I also adored meeting Evan’s parents. I just wish I could have gotten to know them better. They seemed to be the perfect example of what a country preacher and his wife should be like and act like.

So if you like Regency period novels that deal with nobility, check out this book for yourself.

I received a copy of this book for my fair and honest review.

LJShuck
5.0 out of 5 stars Ready for Book Two!
Reviewed in the United States on July 24, 2020
Verified Purchase
Thoroughly enjoyed The Lost Lieutenant by Erica Vetsch so much that I immediately preordered the next in the series, The Gentleman Spy!

The Lost Lieutenant, the first in the Serendipity & Secrets series, is set in one of my favorite historical time periods, the end of the Napoleanic Era, moving into the beginning of the Regency Era. Any reader who enjoys the Regency Era is going to love this series!

Injured in the war, Evan Eldridge was simply itching to get out of the hospital and back on the battlefields. When he learns that the Prince Regent has bestowed the title Earl of Whitlock, with an unheard of estate, Evan finds himself befuddled and making errors that other members of high society are horrified at his actions. To Evan, his seemingly normal behavior, is now all wrong and placing him right in the middle of a contentious situation.

To further show the new Earl of Whitefield, his gratitude for his brave rescue of a peer, the Prince Regent announces he will see Evan and a lovely new bride, leaving her father seriously disgruntled as he watches his plans for his daughters inherited fortune, go to another man. An usurper, a phony; someone who is truly not part of the upper echelons of society.

When the new Earl learns that someone plans to harm him and is new bride, they all escape the city for the countryside estate. What they find there is not quite was expected.

I received a complimentary copy of this book from the publisher and Just Read Tours and am not required to write a positive review. All thoughts and opinions therein are solely my own, and freely shared.
Read more
2 people found this helpful
Helpful
Comment Report abuse

Jeanne C
5.0 out of 5 stars Loved every minute of The Lost Lientenant
Reviewed in the United States on September 4, 2020
Verified Purchase
Loved every minute of The Lost Lieutenant by Erica Vetsch. It is my first book by this author and I will definitely be reading more by her! I am thrilled to be binge reading this wonderfully engaging story AND The Gentleman Spy back to back!

What an amazing Regency tale. Two people completely at a loss for situations thrust upon them. A war hero Evan Eldridge, is given a title, that comes with a run-down estate, and a bride he felt obligated to marry. Diana Seaton has a marriage foisted upon her and doesn't know if she can trust her new husband. She trades in her cruel father and brother for an unknown husband.

Very engaging story! I could not put it down!

Quotes I enjoyed:
At the moment, he looked at Evan as if you were a stray mongrel sneaking into a pedigree kennel. Which was just how Evan felt.

Upon arriving at his dilapidated estate with his steward and former army friend, "We might as well advance, sir. " followed by the standard army answer "Retreat is not an option."

Nobility had more to do with character than birth. There were many who called themselves Noble because of their family tree, but Evan had nobility stamped all over him because of his character.

All his military said if you ever gave someone the opportunity to best you, you gave them a weapon to use against you. This was what love did to you. Made you vulnerable because the person you loved had enough of your heart to break it. He'd never trusted someone like that before, but now he needed to. Wanted to, even.
Read more
One person found this helpful
Helpful
Comment Report abuse

Historical Christian Fiction Enthusiest
5.0 out of 5 stars This story will captivate you!
Reviewed in the United States on June 6, 2020
Verified Purchase
I loved Evan and Diana's story. Her father and brother were evil and self absorbed. Thank goodness for the Prince Regent who kept interfering in her father's plans. I loved every time he showed up. And I'm so glad Marcus will have his own book because he was a loyal friend to Evan and helped him acclimate to his new title. I read this book late into the night! It's really good. Please hurry with Marcus's story!
Read more
3 people found this helpful
Helpful
Comment Report abuse

Reader for Christ
5.0 out of 5 stars Regency novel with a twist
Reviewed in the United States on May 15, 2020
Verified Purchase
This book was a great read. I was engaged from the beginning and enjoyed the story line with Evan and Diana all the way through. It really gave me insights in "English royalty" and relationships that I have never gotten from other regency novels. As soon as I finished, I went to the computer to check on a sequel, which I excitedly pre-ordered and can't wait to get. I highly recommend this book.
Read more
Helpful
Comment Report abuse

Mkay
5.0 out of 5 stars marriage of convenience
Reviewed in the United States on September 19, 2020
Verified Purchase
A sweet regency with a hero who finds himself in the most unlikely of positions. I really liked this book! Fast read with a sweet romance. The heroine escapes her abusive father and brother and finds safety in the arms of a man who thanks to an unpredictable monarch, ends up as earl. Regency fans will love this series.
Read more
Helpful
Comment Report abuse
See all reviews

Amazon Customer
5.0 out of 5 stars Fabulous book
Reviewed in Australia on June 15, 2020
Verified Purchase
Loved it. Couldn’t put it down. So many twists and turns it kept me guessing. Really great book. I’m looking forward to book 2.
Read more
Report abuse
See all reviews