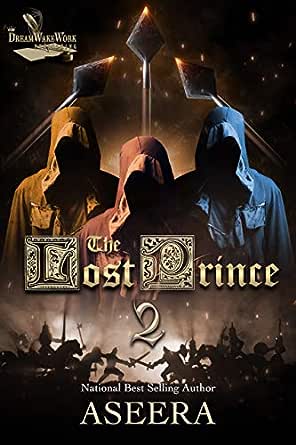 You've subscribed to The Lost Prince! We will preorder your items within 24 hours of when they become available. When new books are released, we'll charge your default payment method for the lowest price available during the pre-order period.
Update your device or payment method, cancel individual pre-orders or your subscription at
Your Memberships & Subscriptions
There was an error. We were unable to process your subscription due to an error. Please refresh and try again. 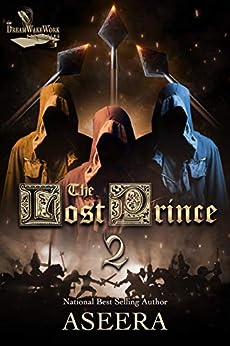 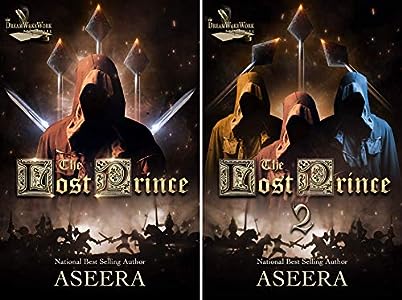 Tondalier Read-Books
5.0 out of 5 stars Brotherly love
Reviewed in the United States on February 12, 2020
Verified Purchase
When bad choices are made you must be grown enough to accept the consequences for your actions. Sibling rivalry is supposed to be sibling love. Although bad choices were made these siblings had to realize that they really loved one another. What could have been a tragedy turned into a happily ever after due to the growth in these characters.
Read more
Helpful
Comment Report abuse

Pat Smith
5.0 out of 5 stars Perfect Ending
Reviewed in the United States on November 18, 2019
The ending had me teary eyed and I can't say why because you have to read this for yourself. I will say though, that Aseera didn't disappoint with the detail and authenticity of this royal tale. One thing that really struck me was the strength of the women, the Queens , in this series. They really held down their Kings, unconditionally. They were wise in everything, strong backbones, while seemingly standing in the background while their men went to battle, held court and did all the things men do. It was almost overwhelming that each King and Queen had so much unconditional love for their spouses when they had never dated, or courted or even met before they were given to each other. It made for an amazing love story. AND, they treated each other as Kings and Queens, fully honoring each other. The men and the women had truly been raised in preparation for marriage and all the protocols that came with royalty. And I loved that they fasted and prayed for each other, that they took nothing for granted. This series was filled with wisdom and I found myself loving this author even more for all the hidden gems and life lessons in this series. I didn't know how I wanted this to play out, but in the end, it was perfect. I read the last chapter 3 times because I didn't want it to end and I wanted to keep that good feeling it invoked. Well done.
Read more
One person found this helpful
Helpful
Comment Report abuse

Tracy - I love 2 read
5.0 out of 5 stars Lost and found
Reviewed in the United States on November 27, 2020
This was an excellent series!
I loved how well they spoke. I loved how this was a black kingdom.

I truly enjoyed this series.
A family of love but one brother lost his way and couldn’t see beyond his ambition and envy to see that he was still loved. So he committed a treasonous act punishable by death and so the story takes on a journey. A journey through loss, pain, betrayal, intrigue, love marriage, forgiveness and new beginnings.

The love for one another may have been lost for a while but in the end it was found for forgiveness is not for the forgiven but for the forgiver.
Read more
Helpful
Comment Report abuse

Sassha Reads💋💋
4.0 out of 5 stars Forgiveness
Reviewed in the United States on May 25, 2020
I'm glad that both Nevae and Marquan forgave and released Nasor in the end. I didn't like how Kyshia led Nasor to believe that he wasn't wrong for having ambition and having Nevae held prisoner for five years. I like how Pearl gave Nevae good advice and Sadi was Marquan's soothing balm when his anger overtook him.
Read more
One person found this helpful
Helpful
Comment Report abuse
See all reviews