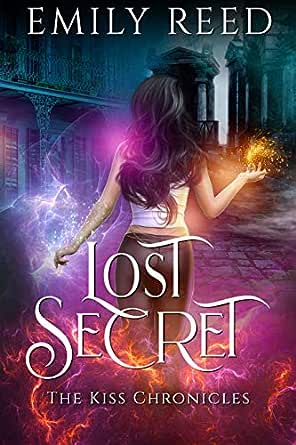 You've subscribed to The Kiss Chronicles! We will preorder your items within 24 hours of when they become available. When new books are released, we'll charge your default payment method for the lowest price available during the pre-order period.
Update your device or payment method, cancel individual pre-orders or your subscription at
Your Memberships & Subscriptions
There was an error. We were unable to process your subscription due to an error. Please refresh and try again. 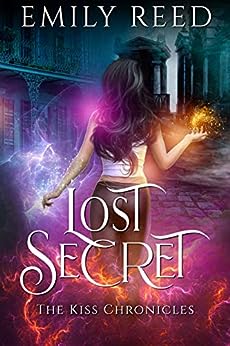 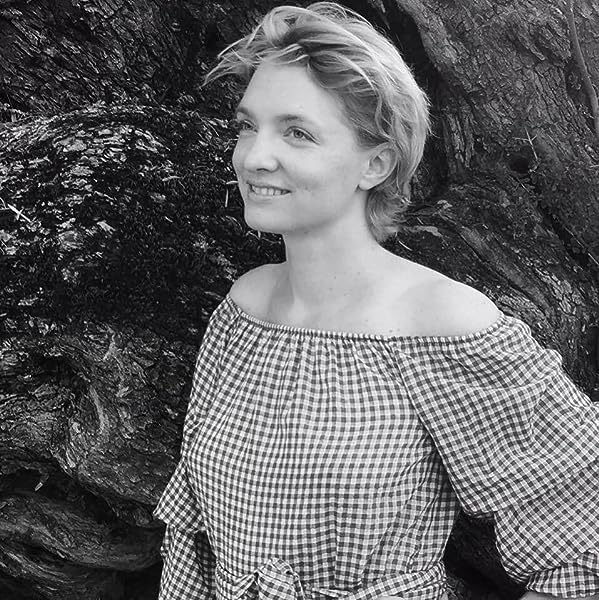 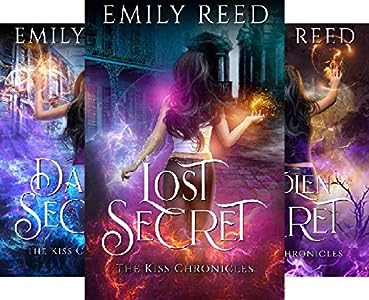 4.4 out of 5 stars
4.4 out of 5
70 global ratings
How are ratings calculated?
To calculate the overall star rating and percentage breakdown by star, we don’t use a simple average. Instead, our system considers things like how recent a review is and if the reviewer bought the item on Amazon. It also analyzes reviews to verify trustworthiness.
Top reviews

Kindle Customer
3.0 out of 5 stars Slow going
Reviewed in the United States on January 23, 2020
Verified Purchase
With all that was happening in this story it’s hard to understand how the start felt so slow, but it did. When I picked it I simply saw the average rating a decided yes. I wish I would I would have read the four stars... A lot of positive reviews say it took a minute to get going, what that really means is the beginning isn’t very good. I hung in there but even after it picked up I felt disconnected probably because I didn’t get into the first part, which made it hard to bond with the characters.
Read more
6 people found this helpful
Helpful
Comment Report abuse

Kindle Customer
4.0 out of 5 stars Darling
Reviewed in the United States on January 26, 2020
Verified Purchase
Darling is a musician, and her friend Megan was ,too. But Megan was sick and then disappeared. Now Megan is a vampire, and she came to save Darling from the zombies. But darling is immune to the zombies. The warlocks tell her she has great power that they need to teach her to use. Emmanuel is the Lord over the vampires and takes her to another dimension.
Read more
4 people found this helpful
Helpful
Comment Report abuse

Rosemary56
5.0 out of 5 stars Lost Secret - a review by Rosemary Kenny
Reviewed in the United States on October 27, 2020
Verified Purchase
Megan and Darling are close friends and bandmates in Crescent City - until Megan sickens and then dies, overwhelming Darling with a huge sense of loss.

Weird events follow a visit to a local cemetery, with her remaining band mates, Michael and Emmanuel. As she returns home with her psychiatrist Dr Issa Tor and the latter's chauffeur/bodyguard, Basil after a gig, they're attacked by participants in a zombie run and only saved by the appearance of Megan... who's supposedly dead!

EFinn1
5.0 out of 5 stars Paranormal apocalypse with a side of heat.
Reviewed in the United States on October 30, 2019
Verified Purchase
Darling Price is musician in a city of secrets that is on the brink of disaster and her best friend and anchor has disappeared. Emily Reed has written a great story with a tough, troubled lead, a zombie plague, just enough sizzle to keep it all interesting and some well-timed dark humor. This story has all of the best elements from all of her other amazing series. The pace is smooth, the action is fast ...... and the chemistry is hot.
Read more
2 people found this helpful
Helpful
Comment Report abuse

Amber
3.0 out of 5 stars Meh
Reviewed in the United States on November 9, 2020
Verified Purchase
I don't really know how to feel about this book. I found it confusing and way too much going on to enjoy anything. Too many people fighting over the main character and not enough explanations to make sense.
Read more
Helpful
Comment Report abuse

Nadine H.
5.0 out of 5 stars A New Genre and I Like It@
Reviewed in the United States on October 30, 2019
Well this was a new side of Emily Kimelman (as Emily Reed) that I didn't see coming. An Urban Fantasy romance with a Zombie Apocalypse, Vampires, Warlocks and a Who Knows What I Am. I received this as an ARC (Advance Reader Copy) and it started out with a female violin player mourning her best friend/foster sister/ lead singer who had "left her without a goodby" whatever that meant. I loved this from the start even though I had no clue where it was going. The characters were doing things that I couldn't figure out whether they were real, figments of imagination or role players such as the Zombie Walk. Well as the story goes on things become a bit clearer but you (or should I say I) cannot really sure but I am definitely intrigued. This book ends in a cliff hanger, which I was aware of before I began and now I'm at the edge of my seat waiting for the next installment. Come on don't leave me hanging! Bring it! Please. I'm ready for the next world!
Read more
5 people found this helpful
Helpful
Comment Report abuse

SBI
5.0 out of 5 stars Lost in Mayhem
Reviewed in the United States on October 30, 2019
Lost Secret kept me guessing throughout the book, wondering what kind of other-world entity the main character, Darling, would discover herself to be, and what powers she held. Living her life as a musician that feels like she’s lost her musical gift since her sister-friend disappeared, Darling is surrounded by people that all say they have her best interests at heart, but she knows they all want something from her. What she is not sure of exactly.

As a zombie apocalypse unfolds, Darling is sought by Vampires, Warlocks, and other creatures, all the while a battle for life rages, bringing out magic and mayhem.

As Lost Secret unfolds, the various story threads and characters become clearer. As the first in a new series this book will leave questions and leave you wanting the next in the series to arrive quickly.
Read more
3 people found this helpful
Helpful
Comment Report abuse

M Weidner
2.0 out of 5 stars An interesting premise
Reviewed in the United States on February 2, 2020
I could barely finish it. The premise was interesting but it existed in a wierd dream-like, or drugged, fog that was reminiscent of a past era. The characters were not likable or relatable and bereft of a solid background, the sex and little bits of romance was detached and offputting.
Read more
5 people found this helpful
Helpful
Comment Report abuse
See all reviews

K Huskić
4.0 out of 5 stars An intriguing read
Reviewed in Australia on October 29, 2019
Verified Purchase
After her friend went missing, Darling's life changed. She doesn't know if her friend is alive - she was dying and then just not seen again - and she lives with a sort of emptiness inside her.

Darling soon learns she lives in a world completely different from the one she thought she knew. People start biting and killing each other in rampages all over the city, and zombies and vampires are actually real!

This book took me a little while to get into, but I am so glad I continued reading as I ending up really enjoying the characters and the story. I can't wait for the next book in this series, especially after reading that ending!
Read more
Report abuse
See all reviews