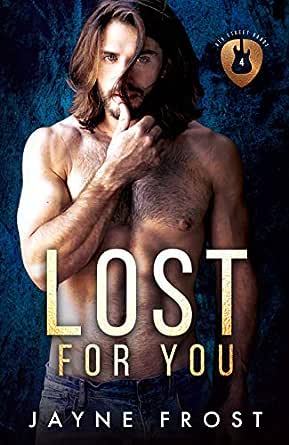 You've subscribed to Sixth Street Band Series! We will preorder your items within 24 hours of when they become available. When new books are released, we'll charge your default payment method for the lowest price available during the pre-order period.
Update your device or payment method, cancel individual pre-orders or your subscription at
Your Memberships & Subscriptions
There was an error. We were unable to process your subscription due to an error. Please refresh and try again. 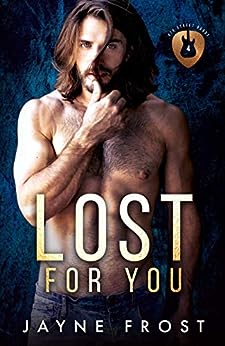 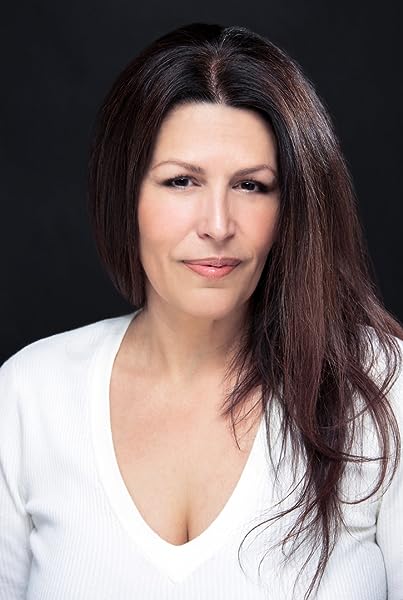 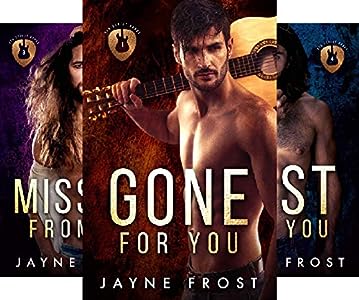 4.5 out of 5 stars
4.5 out of 5
302 global ratings
How are ratings calculated?
To calculate the overall star rating and percentage breakdown by star, we don’t use a simple average. Instead, our system considers things like how recent a review is and if the reviewer bought the item on Amazon. It also analyzes reviews to verify trustworthiness.

Claire Santos - Coffeeholic Bookworm
5.0 out of 5 stars Worth getting lost into...
Reviewed in the United States on January 12, 2018
Verified Purchase
Five years ago, two of the most important people in Taryn Ayers' life died in an accident, and she almost lost her bestfriend Tori in the process. It wasn't easy living in the shadow of the people she loved, but she persisted and struggled and survived through the guilt and grief and pain of her loss. Now, she's handling some of the talented bands and musicians in the industry. But one possibly big scandal could ruin her and everything she'd worked for.

Chase Noble owned bars and buildings and land development companies, he was successful in every sense of the word. Not many people knew about him or his affiliation with the lead guitarist of the band Caged. He was supposed to be like an undercover CEO who was trying to help his bandmate's little sister with her juvenile addiction and rehab.

But when Chase met Taryn, he became addicted himself, and he didn't know how to control his fascination with her. He'd love to get her under the sheets, but what if she discovered the skeletons hiding in his closet instead?

If there's one thing I really loved about romance stories, that is complications. Yes, I love getting into complex setups, complicated relationships and characters tangled in intricate, convoluted drama. The more nerve-wracking the story, the better. And this book definitely delivered. Lost For You by Jayne Frost got me fixated with its storyline right from the start.

I have read the first book in this series (Gone For You - the Sixth Street Bands series) and I was floored. When I learned about the release of book 4, I prepared myself for an onslaught of emotions. I knew I had to read this pronto, because I couldn't get enough of Caged. The first few pages really got me hooked, Taryn and Chase's respective narrations were intense and before long, I was already immersed in the story and gobbled it all up, hook line and sinker.

Chase Noble lives up to his name, being noble and being a real knight in shining armor. I love his dedication to help a bandmate's heavily troubled sister. I love how he doesn't get things half done and he's the all-around guy you would really root for, even with his drug addiction issue. Staying sober and in love however, definitely suited him. And Taryn, oh I love how she behaves when she's around Chase. I love how broken yet composed she is when with her best friends, and how fierce she is when dealing with her clients. talents and even exes. The other characters were equally a pleasure to read, even Beckett Brennin, the kind of ex that you'd love to hate and hate to love.

Overall, Jayne Frost's latest offering got me all hot and bothered, enthralled and delighted. This series is totally worth waiting for. Rockstar romances will always have a special place in my heart, and this book gets that part. This book is delicious, and I wouldn't blame you if you'd totally get lost in it.

hcrowley00
4.0 out of 5 stars Heartbreaking and Uplifting Combined
Reviewed in the United States on January 12, 2018
Verified Purchase
Lost For You is my first book by Jayne Frost and I'm so glad that I found a new author to follow. I felt like the writing style was smooth and the characters were well developed.

Let's get a few things out of the way. This book is part of a series and it can be read as a standalone. However, I will admit that in the beginning, there were a few names thrown out there and I felt like there was something I was missing. I'm only saying this because in the end, it didn't matter and I didn't have any lingering questions. Just the desire to go back and read the other books. So if you get that feeling in the beginning, I urge you to keep going or you'll miss out on a great story.

Lost For You tackles so relatable issues such as drug addition and the destruction that death leaves behind. Every single person will be able to relate to either Chase, Taryn or both. Everyone has their own demons to face. It's how you face it that matters and in this book it gets ugly before it gets beautiful.

"You're the smooth surface to all my jagged edges."

From the moment Chase locked eyes on Taryn, she stole his heart, he just didn't realize that's what it was. They have this undenying connection that renders it impossible to stay away from each other. However, they each have their own issues that continues to draw them apart yet always back to one another.

Chase might be one of my new favorite musician/business man combo. Actually, I think he might be the only one with that combo so he fully has my heart in the category. Watching his struggle and then the realization of his love for Taryn and the battle that comes with that was both heartbreaking and uplifting.

My job takes me to Austin, TX several times a year so I loved some of the local flair thrown into the book since it was set there. I'm like Taryn and would react the exact same way to Franklin's. It's that good!

Overall, I really enjoyed Lost For You. It's angsty, sad and heartbreaking but it's inspiring and uplifting as well. If you are looking for a new to you author to take a chance on, then this book and Frost is right where you need to go. Don't miss out!
Read more
2 people found this helpful
Helpful
Comment Report abuse
See all reviews

Karen Galloway
5.0 out of 5 stars Another Great, Must Read Book from Jayne Frost
Reviewed in the United Kingdom on January 13, 2018
Verified Purchase
Another Brilliant Book from Jayne Frost, you won’t want to put this book down. I’ve really loved the books in the “Sixth Street Bands Series”. I especially enjoyed reading “Lost For You”. This is a really well written, interesting book with lovely characters, who have great chemistry and interaction that pulls you in and keeps you engrossed in their story, it’s a real page turner of a book. This is an Entertaining, Must Read Romance that is worthy of your time and I would recommend it to anyone. I voluntarily reviewed an arc of this book. Looking forward to reading more great stories from Jayne Frost
Read more
Report abuse

XO2read
3.0 out of 5 stars A little underwhelming and confusing not having read the first 3 books in the series
Reviewed in Canada on January 15, 2018
Verified Purchase
Jayne is a new author for me, and Lost in You is the 4th book in the Sixth Street Bands. I’m wondering if I might have enjoyed this read more if I had read the first 3 books first. I was a little underwhelmed. I felt quite confused, especially at the beginning but the whole reading experience I found myself trying to figure what was going on even though this is labelled as a stand alone read. Authors should include the previous books if they are asking ARC reader’s to give a review of a book in a series IMO. I will probably start at book 1 and read through and I’m sure my experience will be different and feel more connected to the characters
Read more
Report abuse

Chantale F
5.0 out of 5 stars Make Sure You Read The Other Books First
Reviewed in Canada on January 25, 2018
Verified Purchase
This is book 4 of the Sixth Street Bands series.It is supposed to be a stand-alone but I was lost in some parts. I personally think it would be best to start with the first book

I have to say I very much enjoyed this book. This book is very well written and I just couldn't put the book down.

I don't usually read "rockstar " romance but I very much enjoyed this book and added the other books on my wishlist because I do want to read more.