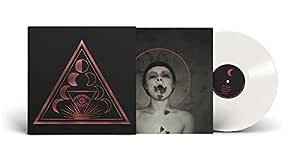 SOEN TO RELEASE THEIR FOURTH ALBUM, LOTUS, IN FEBRUARY 2019 Swedish-based progressive metal group Soen will purge themselves of their 4th album -Lotus- on February 1st 2019. Featuring nine pieces, Lotus is the latest in a line of aural therapies from the band, questioning much of today’s darkness as juxtaposed with moments of great escape and hope. The lotus flower has always been a symbol of the purity rising from muddy uncertainties, and with songs such as “Covenant”, “Rival”, “Martyrs” and the title cut all expressing perspectives of life’s darker moments, it was a natural title for this latest project. Produced by David Castillo and Iñaki Marconi at Ghostward Studios and Studio 6 between July and October 2018, the centre-point of the album remains those trademark, snap-heavy, progressive Soen riffs, while overall Lotus promises an exciting new chapter of skin-shedding, soul-searching journeys for all who dare to commit to the ride.

4.7 out of 5 stars
4.7 out of 5
237 global ratings
How are ratings calculated?
To calculate the overall star rating and percentage breakdown by star, we don’t use a simple average. Instead, our system considers things like how recent a review is and if the reviewer bought the item on Amazon. It also analyzes reviews to verify trustworthiness.
Top reviews

J. Psmith
5.0 out of 5 stars Soen's fourth album, Lotus, is a triumph!
Reviewed in the United States on February 4, 2019
Verified Purchase
I have been listening to Soen since the release of their first album, Cognitive. The evolution of their sound has been subtle but significant. The first album was compared to another band, that will remain nameless in this review, and that comparison got rather tiresome. With Lotus, I think we can finally lay that comparison to rest, as Soen has developed into something beautiful, powerful and self-assured.

Lotus makes known immediately, that changes have been made- again... New guitarist- Canadian, Cody Ford has a comparable style to his predecessor, Marcus Jidell. Ford favors the lush wailing solo a bit more than Jidell- who attempted to provide some of the atmospheric quality of HIS predecessor, Kim Platbarzdis. That is a bit of a relay to get where we find Soen now, but it has also been a team-building exercise for the rest of the crew!

Lotus is laden with rich swelling guitars- including some gorgeous guitar solos and bridges. Not that this has become a guitar-centric band, it's just different. The guitars are sweet and thick like dulce de leche for your ears.

The production on this album is fantastic. All elements have been balanced so that each instrument is well placed and gets to shine in its own right. Joel's voice has gotten stronger, and imparts depth and emotion to each track. Song subjects avoid a lot of the typical anger/depression & negativity currently favored by many heavier bands... (Soen is increasingly being marketed as Prog), and instead focus on personal journeys, struggles and demons, and social/cultural criticism heavily veiled in lyrical artistry. Lars Åhlund provides keyboard melody and atmospheric support that has greatly boosted the richness of the Soen sound. He is a multi-talented artist, and I suspect his contributions are many.

The rhythm section is the core of this band. Stefan Stenberg joined the band for the second album, Tellurian, and has fully embraced the role he inherited from the powerhouse bassist Steve DiGiorgio. His playing provides a counterpoint to the ever brilliant Martin Lopez who, here, has laid down some of the best drumming I've heard since his work on his now classic performances on Opeth's Deliverance.

There are some really stand-out passages on this album, and the entire album is rich, melodic and consistent. There is no strong single, which is a quaint notion at any rate, but the band has chosen Martyrs as a video offering to represent the album's heavy side– and the title track provides a beautiful laid back counterpoint, replete with a swelling guitar and lush atmosphere.

Soen will embark on a European tour in March 2019. I hope that some day soon we will be greeting them in American venues!

Jemez Fred
3.0 out of 5 stars Update: Plenty of good music, but really not their best
Reviewed in the United States on February 1, 2019
Verified Purchase
I've listened several times through now, and I can't get past some of the faults that make this less than their best (though if you like Soen, buy it anyway). It is a good mixture of hard rock and melody that earns the label "progressive." The group is great if you are in to progressive metal. But I just don't love any song on this album. "Penance" and "River" seemed more like irritating wailing than rock - I will probably delete them. Four songs devolve at least at some point to thumpa-thumpa-thumpa rhythm that is NOT what I listen to Soen for (hint - play it with weak bass and it is less irritating). I like most of the rest, but nowhere near their previous release "Lykaia."
Read more
4 people found this helpful
Helpful
Report abuse

Douglas Dunn
4.0 out of 5 stars Great sound overall but i like the last far better.
Reviewed in the United States on February 2, 2019
Verified Purchase
Still a must have for any Soen fan. Great production all around. I have a very expensive audio system and this is one of the best sounding recordings that I have. Still the signature Soen sound just some more radio friendly songs. A different path than what I expected from this release but still far better than most music out there today. This may be the direction they are headed now. The first three releases are some of my favorites. This one just may take more time to grow. I am on my 5th listen
Read more
4 people found this helpful
Helpful
Report abuse

Mark W. Colgan
5.0 out of 5 stars One of the top progressive albums of the year!
Reviewed in the United States on June 24, 2019
Verified Purchase
The addition of a new lead guitarist really expands their sound. And they’re amazing live! That they are compared to Tool is to not give this band the credit they deserve
Read more
3 people found this helpful
Helpful
Report abuse

BRIAN MERRILL
5.0 out of 5 stars Another gem!
Reviewed in the United States on February 3, 2019
Verified Purchase
I have to start by saying I really don't understand a couple of the less than stellar reviews that are here. To me, this latest release from Soen is right up there with their last one, Lykaia. Dynamic song structures, mixed with lots of heavy riffing, contrasted with more softer introspective passages and topped off with Joel's soaring vocal melodies. There's also a bit more of keyboard colors that lend the song's more depth. Every song here is a gem!
Read more
2 people found this helpful
Helpful
Report abuse

D. Ward
5.0 out of 5 stars Another excellent album
Reviewed in the United States on August 17, 2019
Verified Purchase
Soen has produced another great release. That's 4 in a row! I strongly disagree with any of the negative remarks posted by other listeners. This album rocks! So much, in fact, that I would rate this album as my number 1 favorite of 2019. (in case you're interested, my second favorite album of this year is "A Tower Of Clocks" by This Winter Machine.). Can't wait for number 5 !!!!!
Read more
2 people found this helpful
Helpful
Report abuse

Metto
5.0 out of 5 stars My All Time Favorite!
Reviewed in the United States on June 18, 2019
Verified Purchase
Lotus by Soen officially is my ALL TIME FAVORITE album, it touches me very very deep inside, it is rare when this happens by an entire album, I'm not talking here about a song or two, I'm talking here about an entire album. The musicianship is incredible, everything was done right. This is a masterpiece! The whole album is a masterpiece.
Read more
One person found this helpful
Helpful
Report abuse

Chris Hall
3.0 out of 5 stars Best to date?
Reviewed in the United States on January 13, 2020
Verified Purchase
I had high hopes for this record. The last one was masterful in all aspects accept that it was over-compressed. The band members had come out saying this was their best effort yet... It's good but feels a bit forced in places especially vocally on the opening track. Still worth having but not their best work.
Read more
Helpful
Report abuse
See all reviews

Prog Pensioner
4.0 out of 5 stars Just good music
Reviewed in the United Kingdom on May 5, 2019
Verified Purchase
Not prog as one might regard it but not total metal prog either. This is just a good C/.D from a Band that provides a different approach to the sort of music I buy. I think the guitar especially on the title track is very moving For those who might judge my comments on my normal purchases and want something slightly outside my Blues/Prog range, give this album a listen
Read more
2 people found this helpful
Report abuse

Kosmas Papaneofitou
4.0 out of 5 stars Soilwork's streak of good albums since the Living Infinite continues.
Reviewed in the United Kingdom on March 5, 2019
Verified Purchase
It's Soilwork, so don't expect anything groundbreaking or close to AOTY material. What you get are tight musicianship and a fun commercial melodeath album. Really fun and this is what it makes it good. The big difference between the last two albums and this one is that on Verkligheten the lines between the trademark Soilwork sound and The Night Flight Orchestra are quite often blurred in a way that really benefits the album's sound as a whole. The rock influences limit the times the band sounds formulaic and sterile to a good minimum throughout the album and everything seems to be almost perfectly in place. Highlights are a) The main riff on Full Moon Shoals which is one of the best i've heard thus far in 2019 and b) Strid's vocals which are really superb on this album.
Read more
One person found this helpful
Report abuse

Matt
3.0 out of 5 stars Not as good as Lykaia
Reviewed in the United Kingdom on May 22, 2019
Verified Purchase
I loved Lykaia so was really looking forward to hearing this. The instrumental songwriting is taught and muscular with some great riffs and melodic passages. Unfortunately it’s completely let down by extremely average vocals and vocal melodies. Some have compared this band to Tool, but the singer is light years behind Maynard James Keenan when it comes to delivering passionate and thoughtful vocal lines.

4/5 for the music. 2/5 for vocals.
Read more
One person found this helpful
Report abuse

tommie_boi
5.0 out of 5 stars Simply beautiful...
Reviewed in the United Kingdom on February 15, 2019
Verified Purchase
Stunning piece of work/art. These guys are legends. Plus the packaging and printing are great too, i really love the way the digipack unfolds.
Read more
One person found this helpful
Report abuse

MR MS LINDSEY
5.0 out of 5 stars Great album
Reviewed in the United Kingdom on March 11, 2019
Verified Purchase
A fantastic album with no bad songs or fillers. Highlights for me is Lascivious, Martyrs and Covenant.
Read more
One person found this helpful
Report abuse
See all reviews