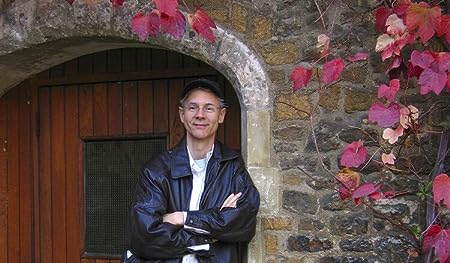 Louis Kirby is an internationally recognized neurologist who specializes in neurodegenerative diseases, chiefly Alzheimer's and Parkinson's disease. Throughout his life he has always been drawn to writing. While in medical school he published two of his stories, one landing him in hot water with the Dean of Medicine.

While in clinical practice, Dr. Kirby founded Pivotal Research Centers in Phoenix, a research facility that specialized in human drug testing. Pivotal rapidly grew into one of the nation's largest medical research centers of its kind. During this time, Dr. Kirby served as principal investigator on nearly 400 clinical trials. He frequently gave presentations at national and international conferences on drug development and consulted for the government and the pharmaceutical industry.

After selling Pivotal Research Centers to a publicly held company, he served for a year as Chief Medical Officer for Provista Life Sciences, a biotech firm working with Alzheimer's disease.

Dr. Kirby currently serves on the scientific advisory boards of the Southwest Autism Research and Resource Center, and the Arizona Alzheimer's Association. He is a scientific advisor for several companies, including the Critical Path Institute, a non-profit organization working with the FDA in Parkinson's and Alzheimer's disease. He consults for biotech and pharmaceutical companies on a part time basis and regularly speaks at scientific gatherings. These activities still leave him plenty of time to research and write his next book.

Dr. Kirby enjoys the wide-open skies (and dry heat) of Phoenix with his wife and daughter 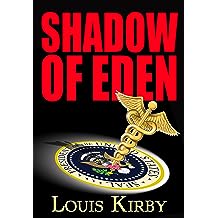 'Shadow of Eden is an irresistible thriller that exposes the frightening power of the drug industry against a tense race to save lives. Read it before you take your next prescription!' DIRK CUSSLER, author of the DIRK PITT SERIES

A call for a physician on board a 747 awakens Dr. Steve James. He is ushered into the cockpit where he finds an unconscious copilot and a delusional captain. Moments later, he is the only conscious person in the cockpit as it plunges headlong toward Washington DC...

Dr. James is confronted by the puzzling and relentlessly progressive brain illness of the 747 Captain and a young woman, an illness that may be the forerunner to thousands more getting the invariably fatal illness.

The Secretary of State and the White House Staff become alarmed as President Dixon becomes increasingly erratic in his management of the escalating military confrontation with China.

With his deep medical experience and his highly placed political and military informants, Kirby delivers a smart, devastatingly intense, and jaw-droppingly realistic medical and political thriller that will keep you on the edge of your seat until the last riveting page.

More Praise for Shadow of Eden:


"Smart and exciting like a thriller should be. Gripping from page one, Shadow of Eden is that perfect blend of Michael Crichton science and David Baldacci politics that keeps you up late at night compulsively turning to that next page."
—William Gartner author of BIOTOXIN. &bbsp