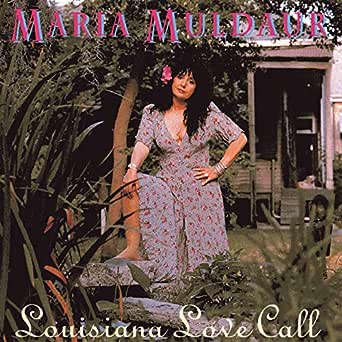 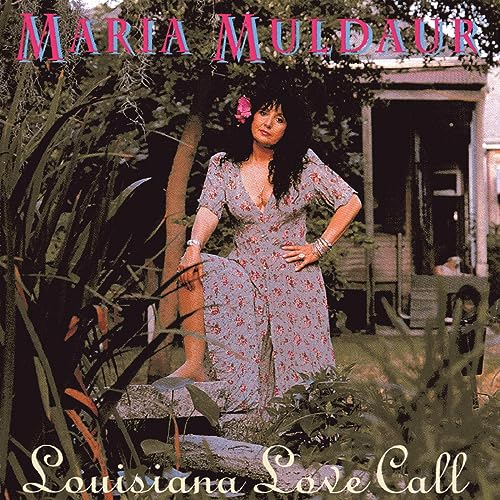 Maria Muldaur
4.7 out of 5 stars 14 ratings
See all 10 formats and editions Hide other formats and editions
Buy the CD album for $15.98 and get the MP3 version for FREE.&nbspCD album ships from and sold by Amazon.com. Terms and Conditions. Does not apply to gift orders. Complete your purchase of the CD album to save the MP3 version to your Music Library.

elmarc
5.0 out of 5 stars All I Knew...
Reviewed in the United States on May 29, 2019
Verified Purchase
About Ms. Muldaur was Midnight at the Oasis - There is clearly so much more. Tripping through Louisiana and New Orleans styles, Ms. Muldaur has a great voice. When needed, she can belt one out - when required, she can sing very very slow and low.

Roger
5.0 out of 5 stars arrived on time and as advertised!
Reviewed in the United States on June 27, 2019
Verified Purchase
Love her music - was not disappointed
Read more
Helpful
Comment Report abuse

Lauren C Mache
5.0 out of 5 stars Oh yes
Reviewed in the United States on February 15, 2013
Verified Purchase
Maria can transform any song and bring it to life and bring you into the life it has so quickly and beautifully.
Read more
One person found this helpful
Helpful
Comment Report abuse

James L.
5.0 out of 5 stars Sweet and sultry, just like New Orleans.
Reviewed in the United States on October 16, 2014
Verified Purchase
My favorite Maria Muldar CD. She uses her powerful voice in a real torch fashion that just washes over the listener. Beautiful
Read more
Helpful
Comment Report abuse

Bob Bob O
3.0 out of 5 stars Love Call
Reviewed in the United States on January 13, 2013
Verified Purchase
This cd was alright.It could have been better.Songs were well written but not my kind of music.Be careful with this one.
Read more
Helpful
Comment Report abuse

Frank Camm
4.0 out of 5 stars She struts so fine; she was born to sing this music
Reviewed in the United States on August 16, 2010
She was born to sing this music. This is where her soul is at home. She displays both her natural seductiveness and her remarkable vocal control. Her voice has darkened, thickened a bit. Slowly pouring cognac comes to mind repeatedly. The band is a tight unit, but gets as loose-limbed as you like to make it work--and work as a tight unit throughout. For all the talent on display and the clear evidence that they are enjoying it, the material is startlingly weak. Most tracks simply offer an armature for Muldaur and her buds to stew their boogie selves. And what a stew it is. Standouts: tr 1--Second line. Maria preaches/chants the sacred gems of second-line catechism, and I am converted. tr 9--Don't you feel my leg. She teases, "You know it don't belong to you," as a loose-limbed New Orleans band rolls, and Dr. John tickles the ivories. tr 12--Southern music. Muldaur and piano in a classy 1930s melancholy closer: "Southern music, why are you so sad?"
Read more
One person found this helpful
Helpful
Comment Report abuse
See all reviews

KaleHawkwood
5.0 out of 5 stars Maria hits the spot {again}
Reviewed in the United Kingdom on March 29, 2013
Verified Purchase
From 1992 comes this captivating, sexy, insinuating, slinky slice of Deep South sass from my joint-favourite female singer (alongside the not dissimilar Bonnie Raitt).
Why, since the long-ago hit Midnight at the Oasis, has Maria's star waned in this country? It`s a mystery to me. I have several of her albums, all wonderful, and whenever I listen to her the world is a lovelier, lusher place.
This beauty is no exception, a loving tribute to her beloved Louisiana, from whence so many of her backing musicians over the years have hailed. Some are present on this one too, such as Aaron Neville - whose unmistakable high tenor it is singing with Maria on the gorgeous title track - and his brother Charles, as well as the inevitable but most welcome Dr. John, who sings a bit and plays piano on a few tracks.
She'd already recorded J.J. Cale`s Cajun Moon and the lusciously raunchy Don't You Feel My Leg on earlier albums, but they fit right in here, the latter given an even saucier reading than on her debut back in 1973. you get the feeling she maybe wouldn't mind too much . . .
Twelve songs over 52 minutes, played by some of the best musicians in the south, sung by one of the most musical of singers.
There's a brief sleeve-note from Maria, and one or two sweet & sassy pics of the lady too. But the music's the thing, and this is one of her most beguiling efforts.
She was in sumptuous voice when she sang these fine songs in New Orleans back in '92. Bluesy, downhome, rich and warm . . . yep, I love this woman. She just happens to make great records too.