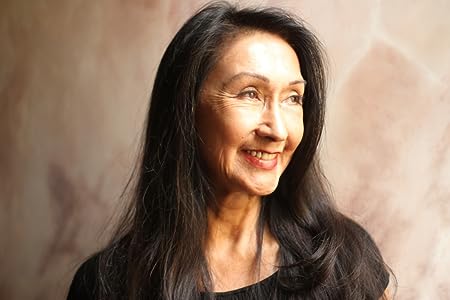 In "Power Trilogy", detective inspector Sanna Johansson and her team work to solve a series of violent and troubling crimes. DESPAIR explores a brutal murder in the Swedish upper class, a mother’s revenge, and corruption in the police force. In IMPACT men become victims of a serial killer with a modus operandum that leads police and media to a hunt of a male sexual predator. In MISERY, sex trafficking and a feared mafia organization draws Sanna into the most challenging situation of her life. The Power Trilogy explores the minds of those with power, those who have lost it, and those fighting to regain it.

Lourdes Daza-Gillman (born in Bolivia) is a Swedish crime fiction writer. She has a background as an engineer, politician and artwork artist.

While living in London during the 1970s she developed a passionate interest in the injustices faced by women around the world. However, her studies and observations were put on hold when she moved to Stockholm, Sweden, where she began a long career at Ericsson as an engineer. During her 28-years at Ericsson, she moved from working in the early 1980s with computer programming, to a variety of expert and management roles in Sweden and abroad.

In 2005 Lourdes Daza-Gillman was elected to the board of Feministiskt Initiativ, a women’s movement, and was directly involved in the efforts to make FI a political force. She now had the opportunity to focus on causes close to her heart – raising women’s low wages, preventing men’s violence against women and helping children brought up under these circumstances.

Lourdes Daza-Gillman is also an artist. In 1969 she held her first exhibition in Oxford, England. In Stockholm she has exhibited oil paintings, sculpture and glassware. 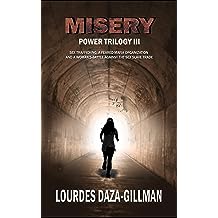 Misery: Sex trafficking, a feared mafia organization and a woman's battle against the sex slave trade. (Power Trilogy Book 3) Jan 10, 2019
by Lourdes Daza-Gillman, Amanda Fletcher
$2.99
“…Madame’s expression was ice cold. Executing a girl wasn’t exactly an everyday occurrence. It would mean a financial loss. But nothing would ever prevent her from doing what was necessary…“


After a long, drunken night she disappears into a world she could never have imagined, not even in her worst nightmares. It hits her that nobody knows where she is…


MISERY is a gripping human trafficking crime drama/thriller, where detective inspector Sanna Johansson is drawn into the most complicated situation of her life. She is forced to make drastic decisions and form a new heterogeneous group, whose only goal is to crush the most feared mafia organization in Sweden.

A radical plan unfolds and the price is far higher than anyone anticipated…
Read more
Other Formats: Paperback 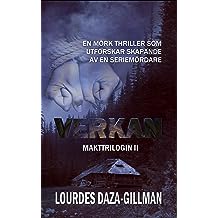 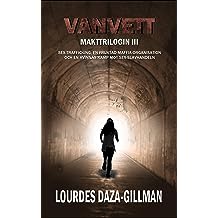 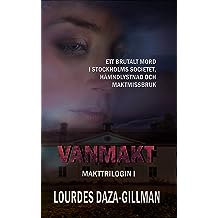 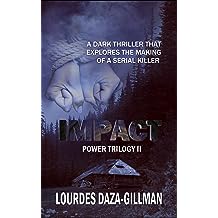 Impact: A dark thriller that explores the making of a serial killer (Power Trilogy Book 2) Jan 10, 2019
by Lourdes Daza-Gillman, Amanda Fletcher
$2.99
A black-clothed person is watching the man on the bed, as he fights for his life. Before ending his suffering they whispered, “Sooner or later every action has consequences.”

A series of horrific sex murders targeting middle-aged men bewilder Criminal Inspector Sanna Johansson and her team. The crime scenes are left spotless, with nothing more than a long strand of hair left at each scene. The killer is constantly one step ahead of the police, who are struggling to profile the perpetrator. Are they looking for a killer with connections to the police? Is the culprit a man or a woman?

The killer is likely to strike again and Sanna and her team are fighting against the clock to solve the puzzle, before the next victim is targeted. 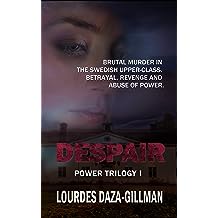 Despair: A brutal murder in the Swedish upper class. Betrayal, revenge and abuse of power. (Power Trilogy Book 1) Jan 10, 2019
by Lourdes Daza-Gillman, Amanda Fletcher
( 1 )
$2.99
In the affluent suburb of Djursholm in Stockholm a young woman is brutally beaten to death. Confronted with her childhood memories, Criminal Inspector Sanna Johansson becomes haunted by the case.

Since the murder of her daughter, a mother ventures out in disguise in search of her killer in Stockholm’s bars. Will she have the courage to carry out her plan when she finds the person she is looking for?

A group of young activists assemble to stop violence against women. Their calls to action have unexpected consequences. A media and political storm soon develops when women begin to describe their experiences for everyone to read.

Digging into the past proves a strain for everyone involved and the discovery of long buried secrets is devastating for the upper-class family who will stop at nothing to keep up appearances. 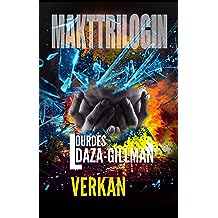 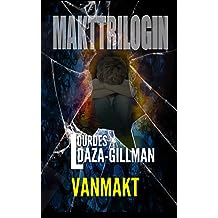 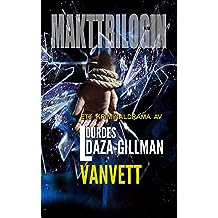