Add to Cart
$10.83
+ Free Shipping
Sold by: Central Media Shop
Have one to sell? Sell on Amazon 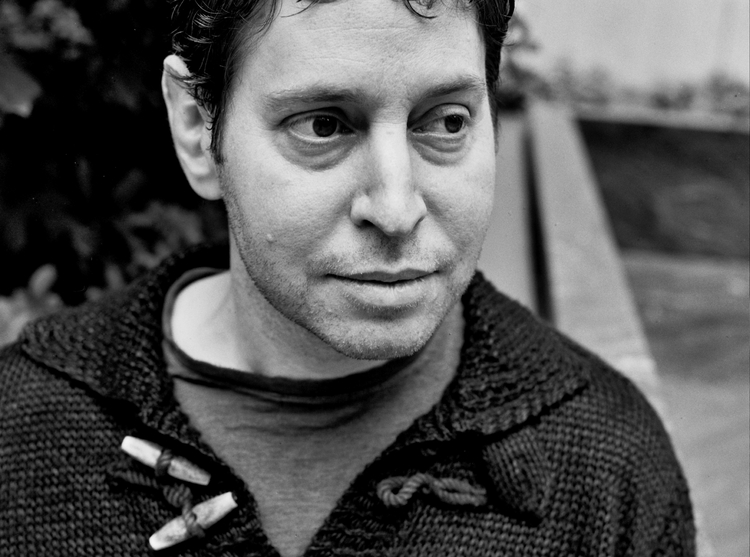 Love in the Age of Mechanical Reproduction: A Novel Hardcover – February 3, 2015

“If it's possible to wrap Star Wars and Blade Runner into the same sketchy gumshoe package, this might be the closest thing to such a delicious sci-fi confection.” ―Los Angeles Magazine

“There's both love and adventure in the choking air of neo-noir L.A. But what really makes the book stand out is the thorough job Trichter does imagining a future economic and political structure based on android technology.” ―The Toronto Star

“This is a cinematic novel, and there's a ton of action (very, very creative action), but this is really a book about compassion, and acceptance, and the sometimes unimaginable lengths we'll go to for love…This book is already one of my favorite books of 2015, and I can honestly say, for fans of dark SF, this is an absolute must read, and an amazing debut.” ―MyBookishWays.com

“There are huge questions here, about love, oppression and what it means to be a person…that keeps you guessing until the end about whether Eliot will succeed in his quest or not – or whether he should.” ―The Register

“This lyrical, musing novel is an engaging blend of romance, suspense, science fiction, action and the meaning of life.” ―Shelf Awareness

“The deeper questions raised by the premise, about what it means to be alive or in love, are never answered, but they'll linger in the mind of any reader with a beating heart. A fast-moving, suspenseful story set in a fascinating future world.” ―Kirkus Reviews

“Judd Trichter has crafted a masterful work of science fiction. Infused with the essence of Phillip K Dick and William S Burroughs alike, Love In The Age Of Mechanical Reproduction is a unique, drug-fueled, Los Angeles noir twist on classic sci-fi that's impossible to put down.” ―Danny Strong, award-winning screenwriter of The Hunger Games: Mockingjay

“A noirish suspense-filled novel about the timeless yearning for love. Judd Trichter's terrific debut will make your heart beat faster as you turn the final page.” ―Jennifer Vanderbes, author of Easter Island and The Secret of Raven Point

“Apocalyptically laugh out loud hilarious, beneath Trichter's dystopian vision lies the heart of an utterly original moralist in the tradition of Pynchon, Saunders and Vonnegut. Love In The Age of Mechanical Reproduction is a tour de force debut.” ―Lee Sternthal, cowriter of Tron: Legacy

“If Ray Bradbury and Hunter S. Thompson took turns at a typewriter, Love in the Age of Mechanical Reproduction is the novel they would write. A dystopian tale of addiction, violence and illicit love, the dialogue sizzles, the plot has as many hooks as a fisherman's hat, and in the center sits a tired detective with an unerring moral compass.” ―Stephen P. Kiernan, author of The Curiosity

“A dark, deliciously plotted futuristic epic, driven by a heartbeat determined not to drown in a cauldron of human nature gone haywire.” ―Mark Ebner, author of Hollywood, Interrupted and Six Degrees of Paris Hilton

“I don't read fiction unless I am forced to. I only started this book because Judd is a friend of mine, and I assumed I'd stop after 10 pages and send him a quick 'it's great!' BS email and move on with my life. I started skimming the first page...and two days later I came up for air, having read the whole thing. It is awesome. The perfect combination of smart, thrilling, and fun. The best (and only) novel I have finished this year.” ―Tucker Max, the #1 New York Times bestselling author of I Hope They Serve Beer in Hell

An alumnus of Yale University and the Horace Mann School in the Bronx, JUDD TRICHTER worked as a child actor in the film BIG and many other TV and theatrical productions. His first published work was a column called "Filth" written for the Idiot Magazine and later for Tucker Max's Rudius Media. He has written a TV pilot for Lawrence Bender/Fox TV, interviewed fighters for a boxing magazine, and directed the short film "Damn You Stephen Hawking." He currently resides in Los Angeles.

Start reading Love in the Age of Mechanical Reproduction: A Novel on your Kindle in under a minute.

4.7 out of 5 stars
4.7 out of 5
46 customer ratings
How does Amazon calculate star ratings?
Amazon calculates a product’s star ratings based on a machine learned model instead of a raw data average. The model takes into account factors including the age of a rating, whether the ratings are from verified purchasers, and factors that establish reviewer trustworthiness.
Top Reviews

The Taylors
5.0 out of 5 stars Get it, read it if you love thriller sci-fi meets Pulp Fiction!
Reviewed in the United States on February 10, 2015
Verified Purchase
Eliot, our tragic hero, a somewhat hateful self loathing addict, sets out to find all the parts of his forbidden robot love who has been stripped and sold for parts. Trichter paints a dark metaphor of our own inhumanity in a futuristic noire thriller where Eliot commits murder and mayhem to get the sold and scattered parts of his love, Iris. He and is thwarted by all levels of sick and sinister characters reflecting the ugly side of the human psyche, but sometimes outdoes them doing anything necessary to put his love back together. Trichter wraps the characters of the story around the politics of prejudice and fear, greed and corruption that of course must follow mankind into the future. It is an unsettling world of robot subjugation and their response to "heartbeat" abuse, where we find our antihero at the tipping point of revolt.
Trichter's book is written with depth and insight and falls directly at the intersection of Phillip K. Dick, Guy Noire and "Pulp Fiction". It is not grandma's type of literature!
When does movie come out? When is the next book available?

Emiliano Moreno
5.0 out of 5 stars One of the Best Robot Science Fiction novel!
Reviewed in the United States on July 8, 2017
Verified Purchase
One of the best android science fiction novels I have ever read. I highly recommend this book, there is never a dull moment and the characters are quite intriguing. The relationship between the main character, Eliot Lazar, and the old inspector, Jean-Michelle Flaubert, reminds me of the one between Jean Valijean and Inspector Javert in Victor Hugo's Les Miserables. I also loved the way Lazar went against all odds and dared everything in order to be reunited with his mechanical love, Iris Matsuo. Scary, however, how the robots behaved just like human beings as far as their personalities went, they weren't perfect mechanical beings. Hopefully when this kind of technology finally emerges ( not too far off now) the gun kids and the androids will be morally superior and kind to all of us humans. But a great work of science fiction. Don't miss it!
Read more
Helpful
Comment Report abuse

Kai Lin
5.0 out of 5 stars Amazing thrill ride with humor and depth
Reviewed in the United States on August 25, 2015
Verified Purchase
This book is brilliant!! While the dystopian world it paints (a futuristic LA and environs full of anarchist androids) is at first a bit off-putting, before too long the adventures and characters pull you in. The unlikely hero Eliot triggers a remarkable series of events in his search to put back together his stolen android girlfriend. Full of wit, Greek myth, philosophy, and all manner of block-buster-summer-movie-hit action, not to mention enough futuristic geekery to please any sci-fi aficionado, this is truly a remarkable book. Worth several reads. Loved it. Totally unexpected. Can't wait for the movie. In the meantime, I'll read it again.
Read more
Helpful
Comment Report abuse

H. Hewett
5.0 out of 5 stars A brilliant, futuristic retelling of Orpheus
Reviewed in the United States on June 22, 2017
Verified Purchase
I thought this story about a man on a quest to reassemble the robot/woman he loves was fascinating. There were moments along the way I found shocking, thought-provoking, touching, and laugh-out-loud funny. One of the things I found most intriguing was that many of the parts he's searching for have been incorporated into other or new robots, with their own personalities and goals, which often don't include giving back the pieces he's after.
Read more
Helpful
Comment Report abuse

A. L. DeLara
5.0 out of 5 stars Dystopian Romance
Reviewed in the United States on March 17, 2015
Verified Purchase
Many mid- century and contemporary influences but Judd Trichter has a voice that is strictly his own. As classic as it is futuristic and as romantic as it is dystopian, Love in the Age of Mechanical Reproduction is and exciting compelling novel. It has the pitch perfect blend of genuine storytelling and futuristic sci-fi, satire, humor and rhythms that call to mind William S. Burroughs at his most lucid and Ray Bradbury at his wildest. Terrific!!
Read more
Helpful
Comment Report abuse

A. Bernstein
5.0 out of 5 stars I never read sci-fi but couldn't put this one down
Reviewed in the United States on June 13, 2015
Verified Purchase
I'm not someone who usually buys sci-fi but I heard some great things about it online and decided "What the heck." I was not disappointed. It manages to be intensely visual and personal all at once. Trichter takes you to a dystopian universe you would not want to live in but also feels very familiar - struggling with the same issues as modern society but on a whole new scale. The characters are grim and flawed, but real and empathetic all at once. You will find this book to be thought-provoking. But you'll also find it as entertaining as any great sci-fi flick.
Read more
One person found this helpful
Helpful
Comment Report abuse

Noah T
5.0 out of 5 stars Fun, thoughtful, and deep sci fi
Reviewed in the United States on September 23, 2015
Verified Purchase
What a book! Read it in two days. I love a good sci fi and hate a bad one. This book keeps you hooked with the steady plot development and has some compellingly flawed characters. At the same time, there is some deep questions and themes developed. I loved the interweaving of the Greek myth - not heavy-handed but twisted enough to make me stop and think. When do we see the movie version?
Read more
Helpful
Comment Report abuse

CT reader
5.0 out of 5 stars A futuristic love-of-female-android story from a different viewpoint. Excellent.
Reviewed in the United States on February 28, 2015
Verified Purchase
Perhaps Asimov did it earlier and maybe better. Much like the book "Blade Runner" but from a different viewpoint. Astounding quality for a first novel. I bought it because of NY Times book review, and was not disappointed.
Read more
Helpful
Comment Report abuse
See all reviews from the United States