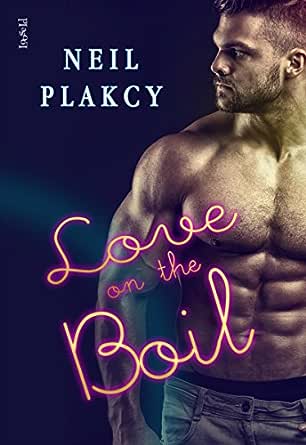 You've subscribed to Love On! We will preorder your items within 24 hours of when they become available. When new books are released, we'll charge your default payment method for the lowest price available during the pre-order period.
Update your device or payment method, cancel individual pre-orders or your subscription at
Your Memberships & Subscriptions
There was an error. We were unable to process your subscription due to an error. Please refresh and try again. 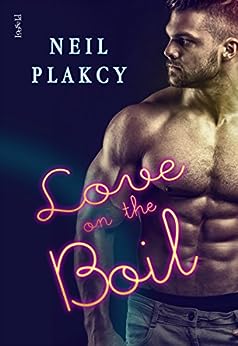 Love on the Boil Kindle Edition 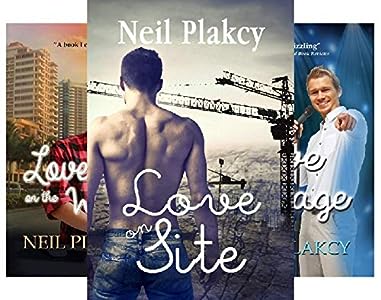 Ulysses Grant Dietz
4.0 out of 5 stars Light, but not weightless, Plakcy's characters are always worth studying.
Reviewed in the United States on January 28, 2019
Verified Purchase
“Love on the Map” is the fifth of Neil Plakcy’s six-part romance series, linked together by setting and some incidental characters rather than by a theme (other than romance and their setting in the Miami area). I seem to have missed a couple of these, and was glad to catch this one.

This series is lighter, although far from weightless. They read as explorations of individual young gay men trying to find their place in the world, having found their way to southern Florida for a variety of reasons. I’m someone who cares about character, and for me the pleasure of these books is in the characters. The romance is good, and the hot spots are hot – but it is Plakcy’s straightforward, journalistic style that draws me back. These are all books about gay men thinking, and observing, and coming to conclusions. Sometimes they have to be brave; sometimes they have to get over themselves. There’s a gentle realism here that, for me, never wears thin.

Our lead character is Eric Mueller, West Point graduate and two-deployment soldier post-Afghanistan. This seems to be his story, as the title suggests; but we are quickly clued into the fact that his step brother, Allie Brittan, has a particular place in Eric’s past. In contrast, Allie is a relative mess – a college dropout, a recovering drug addict, and Eric’s impulsive, flamboyant opposite. In fact, the two men haven’t spoken in a decade.

Then Allie becomes Eric’s roommate by order of Eric’s father, the Major General.

For all its surface motif of yearning, this book manages to give thoughtful portraits of two different types of gay man, each with his strengths and weaknesses, each looking for something that they’ve been taught they should want. Both Allie and Eric are more – and less – than they appear to be at first, and the reader discovers this along with the characters. Plakcy loves and respects both of these men, and his ability to make us see what he sees is among his greatest skills. If I had any regret, it’s that we didn’t get to delve more deeply into Eric’s life as a soldier; nor did we get as much insight into Allie’s experience with addiction as I would have liked.

This is not one of Neil Plakcy’s “big” books, but it is emotionally far bigger than you might think. For Neil Plakcy, love is never a small thing.
Read more
2 people found this helpful
Helpful
Comment Report abuse

Greg Lindeblom
4.0 out of 5 stars A great way to end the series
Reviewed in the United States on January 11, 2019
Verified Purchase
Love on the Boil is the last of the six Love On ... series by Neil Plakcy. This one does not feature any of the earlier characters, but rather two young men, Eddie and Darren, who were former lovers in university. They are brought together by a venture capitalist as they are working on complementary business plans in the tea industry. As with all of the Love On series, the stories are short and very easy to read. The characters are interesting and sexy. The south Florida setting is well-infused in the story line, and that story line itself is intriguing, with lots of twists and turns. Of course, everything turns out well at the end. These are wonderful books for sitting by the pool or a day at the beach. They leave you feeling upbeat and positive. It was a fun ride through the series.
Read more
4 people found this helpful
Helpful
Comment Report abuse

Andros85
5.0 out of 5 stars "There is nothing gay about tea."
Reviewed in the United States on March 27, 2019
Verified Purchase
Author Neil Plakcy is one of those rare writers today, like British m/m romance author Anthony McDonald who not only creates believable, relatable main characters but also the sights, sounds and even smells of where they live, work and play. LOVE ON THE BOIL is the story of two young men, Eddie Gonzalez and Darren Carter courting the same venture capitalist in Miami Beach to get the needed funds to make their respective small "home grown" businesses viable entities in the big world of corporate goliaths. The man with the money will only invest his money if they are willing to work together since both their ideas involving selling gourmet teas. Once again not only has Mr. Plakcy written an amazing m/m romance but one in which I learned so much about how to start a business in today's world. But Mr. Placky includes so much more in LOVE ON THE BOIL...read it to find out, you won't be disappointed! This is the sixth and last book in the author's "Love On" series and I have read them all and couldn't chose a favorite if I had to...they were all that good!!!
Read more
Helpful
Comment Report abuse

Andros85
5.0 out of 5 stars "I couldn't have taken you if you didn't want to be taken."
Reviewed in the United States on March 23, 2019
Verified Purchase
Author Neil Plakcy has written an amazing book dealing with the very sensitive subject of two step-brothers falling in love with each other. LOVE ON THE MAP is the story of West Point graduate Eric Mueller and his younger step-brother Allie Brittain who after a long time being separated meet once again and at first fighting off any romantic feelings they each feel for the other then finally giving in to desire and that's when the story really takes off. As always Mr. Plakcy makes realistic characters a central part of the story including their everyday lives plus where they work and where they live. In LOVE ON THE MAP not only did I get educated on map making in the digital age but also an eye opener when it comes to marketing do's and don'ts in the social media oriented world we now live in. This book was so good that I literally read it in one sitting as I couldn't put it down!
Read more
Helpful
Comment Report abuse

Greg Lindeblom
5.0 out of 5 stars A fun summer read with a twist
Reviewed in the United States on June 5, 2018
Verified Purchase
Love on the Map is the fifth in the Love On series, but the first that I have read. It is a quirky romance of two 20-something gay men. I won't reveal any of the plot because that would be unpardonable in this case. The main characters are fun, attractive, sexy, and sexual. This is a fun summer read with a twist. I am now going back and reading the rest of the series. I think that says it all.
Read more
One person found this helpful
Helpful
Comment Report abuse

Altivo
3.0 out of 5 stars Has some good moments
Reviewed in the United States on March 26, 2019
Verified Purchase
But, honestly, this story failed my believability test. Too many coincidences, too much unlikely. And worse, the two protagonists were not all that likeable from my point of view. As a whole, the book was just too thin and contrived, a mix of cliché and stereotype with unbelievable consequences.
Read more
Helpful
Comment Report abuse
See all reviews

Dohntbm
5.0 out of 5 stars Love on the Boil: By Neil Plakcy
Reviewed in Australia on March 14, 2019
Verified Purchase
This is a great story. I loved the ups and downs which we have in life. The family interaction and need. How the two fit together. Loved it thank you.
Read more
Report abuse
See all reviews