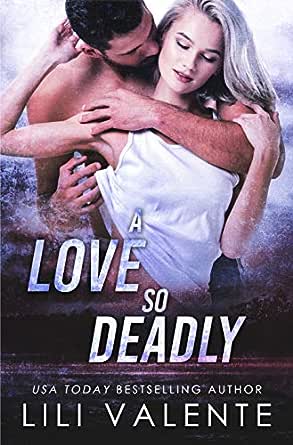 You've subscribed to To the Bone! We will preorder your items within 24 hours of when they become available. When new books are released, we'll charge your default payment method for the lowest price available during the pre-order period.
Update your device or payment method, cancel individual pre-orders or your subscription at
Your Memberships & Subscriptions
There was an error. We were unable to process your subscription due to an error. Please refresh and try again. 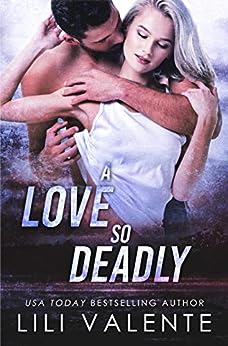 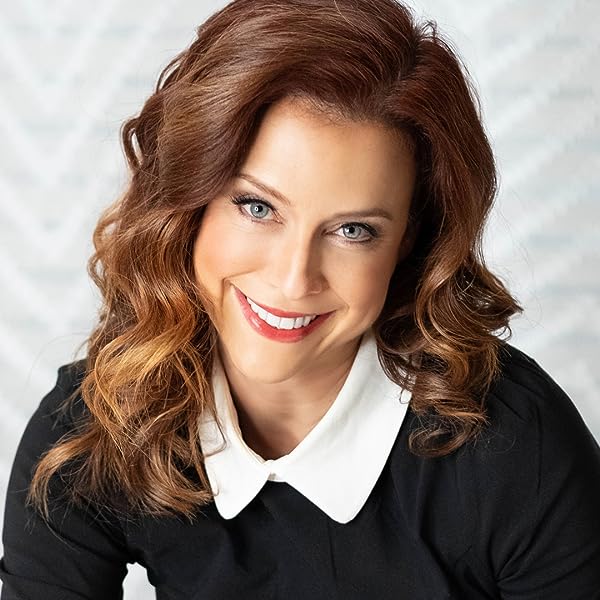 A Love so Deadly: A Dark Romance (To the Bone Book 2) Kindle Edition 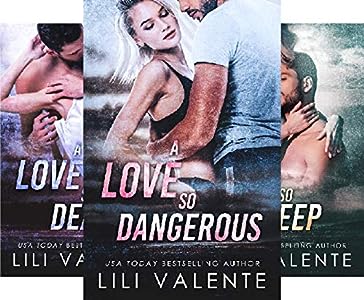 Lili Valente has slept under the stars in Greece, eaten dinner at midnight with French men who couldn’t be trusted to keep their mouths on their food, and walked alone through Munich’s red light district after dark and lived to tell the tale. These days you can find her writing in a tent beside the sea, drinking coconut water and thinking delightfully dirty thoughts. --This text refers to the paperback edition.

4.2 out of 5 stars
4.2 out of 5
66 global ratings
How are ratings calculated?
To calculate the overall star rating and percentage breakdown by star, we don’t use a simple average. Instead, our system considers things like how recent a review is and if the reviewer bought the item on Amazon. It also analyzes reviews to verify trustworthiness.
Top reviews

Mirela
5.0 out of 5 stars A Great Read!!!
Reviewed in the United States on September 12, 2016
Verified Purchase
Oh my GOD!! The warning was definitely not heeded and I cannot tell you the trouble I had putting this book down! There is so much more to the story than what the description goes over and I am so glad for that. This book totally won me over, as if the first one left many doubts. The characters are fantastic and so well rounded. I felt like I was on a rollercoaster ride that was just not anywhere near ending.

I don't want to spoil the book for you but there are so many twists and turns that make this a worth while read. With the ending of the first book, oh yeah this is a series and this book two so before you go any further make sure you read A Love So Dangerous by Lili Valente. I would find myself thinking about the characters during work and mundane things like laundry. There were so many red herrings that I could not have predicted the way that the story ended. I would not say that this book ends as a cliffhanger but trust me when I say you will want to have book three on reserve or pre ordered before you get through this one. I just need to know how it all comes together! Again sorry for the vagueness, but I am trying to make sure you get to have your own unique experience.

This is definitely something I would recommend to my friends, and make sure that they recommend it to theirs.

I did receive an ARC copy in exchange for a fair and honest review.

Lightning City Book Reviews
4.0 out of 5 stars Emotionally Suspenseful, Draining, and Frustrating
Reviewed in the United States on September 19, 2016
Verified Purchase
Lili Valente gives us the second installment in her To The Bone series - "A Love So Deadly", which has a heart pounding beginning, picking up virtually right where it's preceding book ended. "A Love So Deadly" is another cliffhanger so be prepared, but Ms. Valente is releasing these books in rapid succession so that you will almost get instant gratification. As we left them the strong, independent, and loyal Caitlin is in a dire situation which is fast becoming a life and death scenario. Gabe, who doesn't do black and white only his own form of justice in shades of gray, realizes that he made a mistake and somehow got to Caitlin's house just in time to be in a position to potentially do something about the situation. However, the mystery behind just why he broke things off with Caitlin is hindering his ability to completely and single-handedly rescue her. But, Gabe and Caitlin do what they have to do - no matter what extreme measures are needed - again - a darker shade of gray. When they get back to her house Gabe tells Caitlin his secret and what he wants to do about it and Caitlin argues for him to consider things differently, however, Gabe holds firm and Caitlin acquiesces in order to just be with him. However, Caitlin loses Gabe anyway and is devastated. Caitlin gets a once in a lifetime opportunity to move away and take her siblings and her niece with her. Her best friend agrees to go with them in starting a new life with a clean slate. However, Caitlin suffers yet another devastating loss which brings someone from her past back into her life. She's not happy but she also doesn't want to rock any boats - but putting herself in this position is making her untrue to herself. Caitlin does have one quasi-confidant left at her disposal. Someone who, though she may not be able to speak to them about her former life, she knows they more than suspect and has an idea about it and accepts it. They know it makes her "better" - happier.
The pace isn't zippity quick but it is by no means slow - it's steady and meticulous. Every bit of this book is a spoiler - a puzzle piece which clicks into a necessary slot. Though the picture it starts forming makes you want to start slapping people upside the head - you know they can't because sometimes the bad guys don't commit "real" crimes. They are just Evil Master Minds. A couple of warnings: again - "A Love So Deadly" has a Cliffhanger. Fair Warning. Lili Valente is a Evil Overload who gets joy in ripping your heart out and feeding it to her pet piranha. (I don't know if she has a pet piranha it could be another type of carnivore). That being said, this novel is addictive and oh so good. However, it's the second book in the series so again it starts off in a bad situation and ends in a frustrating/bad situation. It's a bummer but the middle is an emotional rollercoaster that just amps up the ante on how FANTASTIC the Happily Ever After (I hope) is going to be.
To read the entire review please visit: [...]

Kindle Customer
4.0 out of 5 stars Twisted
Reviewed in the United States on November 22, 2016
Verified Purchase
Ok my last review I didn't understand why a rich kid, Gabe, would be robbing people; figured that out. Now there are other things I don't understand BUT, I think I just worked this series out in my head, which explains my questions. I guess I will see if my prediction is right, can't leave it in the review, might be a spoiler for the whole thing. Caitlin is a mess that cannot heal, on the surface it looks like an has moved on but, inside she is a non healing broken heart. She lost both Gabe and their child to death; she blames herself, she feels if she weren't a monster she would find happiness. Gabe has so many holes in his memories they are like Swiss cheese. He is having flash back memories of Caitlin, went looking for her and of course her good for nothing father lied to Gabe. Seems to be a common theme in this book, lying parents. Will Gabe and Caitlin find their was back to each other? Yes, and I would say very soon. Can't wait to see them find each other and unravel the rest of the story.
Read more
2 people found this helpful
Helpful
Report abuse

Kindle Customer
5.0 out of 5 stars Spellbinding
Reviewed in the United States on September 13, 2016
Verified Purchase
This was a one sitting read, so good I could not put it down. Gabe rescues Caitlyn, but fate is not smiling on them as circumstances tear them apart. Gable has the surgery that saves his life but loses all but fIeeting memories of the woman he loved. I can not wait for the third book to find out what happens.
Story: 5
Writing: 5
Characters: 5
Editing: 5
Heat index: 4
Read more
4 people found this helpful
Helpful
Report abuse

KindleKat64
5.0 out of 5 stars Can’t stop listening to this epic trilogy!!
Reviewed in the United States on May 23, 2020
Verified Purchase
Once again the narration on this is fantastic. Erin and Lance are amazing! Lili Valente has me completely hooked with this incredible story and I can’t wait to see how it ends. It is so emotional and tragic but I just can’t seem to stop listening. On to the next and final!
Read more
Helpful
Report abuse

Rhema
4.0 out of 5 stars Read it!
Reviewed in the United States on June 14, 2017
Verified Purchase
Again this entire series was good for me.....I did not see a lot of things coming. I was reading these books like say whhhhaaaaaaaaat??....ookay. Lili allowed me to get invested in the characters and I appreciate that in a writer. Now I will say if you haven't read any of her books before I would suggest the Domination series as a start of point instead of this series. It's dark.....but it'll allow you to decide if she is an author you want to keep investing in.
Read more
Helpful
Report abuse

Leanne J.
4.0 out of 5 stars Still no happy ending, but I have hope!
Reviewed in the United States on January 15, 2020
Verified Purchase
This second book in the series did not end with a cliffhanger as big as the first but it still didn’t end. The story is good though. So good that I am on to book 3!
Read more
Helpful
Report abuse

Amazon Customer
3.0 out of 5 stars These books don't end
Reviewed in the United States on October 15, 2017
Verified Purchase
The first book was really good and then you had to buy book 2 and guess what...yes now you have to buy book 3....unfortunately you get hooked....so to the author....just write one full book and charge for it...this is ridiculous
Read more
2 people found this helpful
Helpful
Report abuse
See all reviews

Angie (L)
5.0 out of 5 stars Wow .....what a story
Reviewed in the United Kingdom on September 14, 2016
Verified Purchase
What an excellent continuation lots of twists and turns in the Caitlin / Gabe story can't wait for the third installement very worthy of the five stars. Lili is truely a very gifted writer .
Read more
Report abuse

Jodie In Paradise
3.0 out of 5 stars Expected
Reviewed in Australia on March 14, 2019
Verified Purchase
Headline says it all
Read more
Report abuse