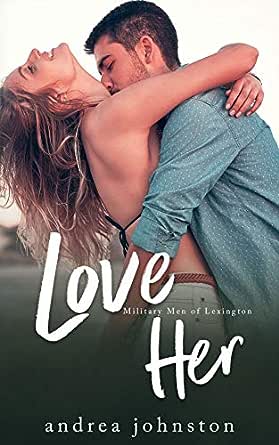 You've subscribed to Military Men of Lexington! We will preorder your items within 24 hours of when they become available. When new books are released, we'll charge your default payment method for the lowest price available during the pre-order period.
Update your device or payment method, cancel individual pre-orders or your subscription at
Your Memberships & Subscriptions
There was an error. We were unable to process your subscription due to an error. Please refresh and try again. 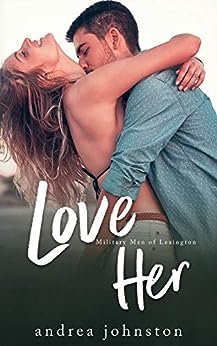 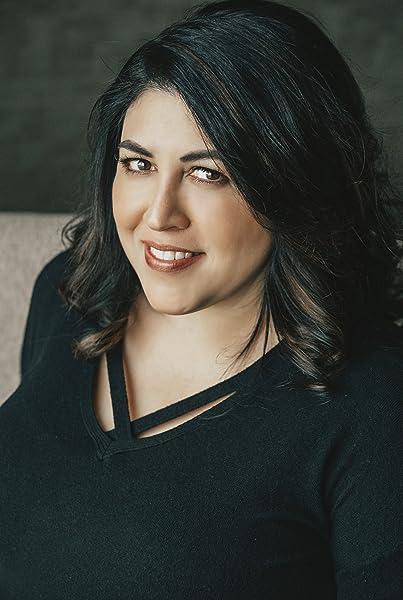 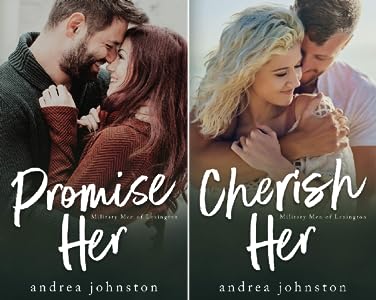 "Andrea Johnston creates a story full of emotion, redemption, and hope. Her writing is moving and the words flowed perfectly, keeping me turning each page until the very end." - Author Fabiola Francisco

"This emotional small-town romance will tug at your heart strings, making you root for the girl with the bad reputation." - Author Lea Coll


"Love Her is one of the most powerful stories of redemption that I have ever read."-Messy Bun Book Blog

"This book was everything I didn't know I needed"-Misty, White Hot Reads

"So beautifully written you can't help but to fall in love." - Shannon, early reviewer

"Connor and Lis are everything! Perfect story!"-Grisel, early reviewer

4.6 out of 5 stars
4.6 out of 5
41 customer ratings
How does Amazon calculate star ratings?
Amazon calculates a product’s star ratings based on a machine learned model instead of a raw data average. The model takes into account factors including the age of a rating, whether the ratings are from verified purchasers, and factors that establish reviewer trustworthiness.
Top reviews

Kacie Spiros
5.0 out of 5 stars Redemption at its best
Reviewed in the United States on July 23, 2020
Verified Purchase
Love Her by Andrea Johnston

Love Her by Andrea Johnston is book 3 in her Military Men of Lexington series and it is her best story yet, and that’s saying something!!!

Conner Hall. *sigh* I was really looking forward to his story and he did not disappoint. However, as much as I love Conner, his heroine stole the show.

I don’t usually like redemption stories but I love this one. Felicity Remington-Thorne appears in the Country Roads series as a high school bully that hasn’t outgrown being a bully. She’s a b-word with a capital B! But the Felicity in this book isn’t the one we’ve all come to know and hate. She’s beautiful now, not because of her outward beauty but because of who she’s allowed herself to become.

There is a lot more to the story, and a lot more I could go on and on about. I love this book so much. If you haven’t, I strongly encourage you to read the Country Roads series so you can truly understand my love of Felicity.
Read more
One person found this helpful
Helpful
Comment Report abuse

Erica C
3.0 out of 5 stars A bittersweet goodbye to an emotional series
Reviewed in the United States on July 27, 2020
Verified Purchase
3.5 Stars

Love Her is a sweet story about redemption and love. Though it is not my favorite of the series (Promise Her holds that spot), it is an enjoyable small town read with likable characters.

As terrible as it may seem, I really wasn't emotionally invested in Felicity's redemption. Her mean girl persona takes place in the past, and though she can be a little defensive and lash out when cornered (like anyone else), the extent of her mean girl reputation isn't really shown in this story. This is something I felt I was missing out on by not having read the Country Road series.

Felicity has a poor reputation in Lexington, and very few friends, due to how she treated people when she was a teenager. As an adult, Lis is just trying her best to get by as a single mom. But it isn't easy to do in a town that isn't very forgiving.

"I don’t want to be the person everyone remembers, but sometimes it’s easy to fall into that role. Old habits and all that.”

It is easy to fall back into old habits and patterns, especially when others refuse to look at you as anything other than what you once were.

Connor, not being from Lexington, can't understand how a town so welcoming could treat someone so poorly because of who they once were. To him, Lis is a fierce, intelligent, caring woman. And because his opinion of her isn't tarnished by the past, he is able to see who she truly is.

Something that stuck with me...

"What’s important is that you give grace when you need to, and you wake each day with the intent to be kind.

There is so much truth here. What I love about a redemption story is that we always get to hear the other side. And though it never excuses the behavior or makes it right, knowing the mean girl's or bad boy's backstory helps us to better understand the why behind the hurt.

Love Her is a bittersweet ending to an emotional series about second chances, and I am certainly going to miss the Lexington crew.
Read more
Helpful
Comment Report abuse

Amazoner
5.0 out of 5 stars The MUST Read Andrea Johnston Book!
Reviewed in the United States on July 24, 2020
Verified Purchase
I'll preface this by saying I've been a fan of this author's book since Life Rewritten. I love her writing style and the stories she tells touches my heart every time. This book was unexpected in that she managed to change my mind on a certain character with the swoosh of her magic pen. I loved this book so much. From the redemption to the strong character traits of her characters, she had me falling right along with her hero and heroine through the pages.

You do not have to read any other book to read this one first, so do it and then go back and read the rest. They are beautiful stories.
Read more
One person found this helpful
Helpful
Comment Report abuse

Jenny Rapp
5.0 out of 5 stars Time to put your past behind you and be a better person!
Reviewed in the United States on July 29, 2020
Verified Purchase
An excellent story about self-worth, finding your path in life, forgiveness and redemption! I never thought I would find myself loving Felicity, but the author did and amazing job and had me rooting for the “mean girl”. There were some eye opening moments in this book, that had me thinking back to my childhood and the way I behaved.

I was thrilled to see my favorite Country Road and Men of Lexington characters throughout this story. I am sad to see these series end, so many of the stories and characters will live in my heart forever.
Read more
One person found this helpful
Helpful
Comment Report abuse

Book Lover
5.0 out of 5 stars Perfect Match
Reviewed in the United States on July 23, 2020
Verified Purchase
Such a powerful wrap up for this series with this book. I've been waiting for Connor's story since book 1 of this series and Felicity (Lis) is his perfect match. Felicity has been the character we have all loved to hate throughout Andrea's Country Road Series, but she finally gets her redemption in this book and I love her. Connor has had my heart since book 1 and I am so glad he found his perfect match. It was an emotional ride and I loved every minute of it. I am going to miss these characters but it was the perfect ending to this series.
Read more
One person found this helpful
Helpful
Comment Report abuse

Polly Smith
5.0 out of 5 stars New Beginnings
Reviewed in the United States on July 24, 2020
Verified Purchase
For a while now I haven’t liked Felicity Thorne very much. Her horrid ass has shown up in other books by Andrea Johnston (which were all awesome BTW). I didn’t think there was a way for her to redeem herself. I should have know that Ms. Johnston would find a way to make it happen. I love the new “Lis” and I love her story with Connor. It’s one of new beginnings, learning to trust again and not running from your feelings. It was a perfect way to pull this series together.
Read more
One person found this helpful
Helpful
Comment Report abuse

Love Her is a romance between a former mean girl and a veteran. The heroine moves home with her kids after getting divorced. This is her second chance to redeem herself in her hometown. The hero moved to town to help a friend out with his bar. He’s not looking for anything serious.

I liked the characters. The kid were cute. We got a chance to see other sides of known characters. I think this bookends the series around this town. It’s bittersweet. Love Her is a sweet, single mom, small town romance. I wonder where we will go from here.