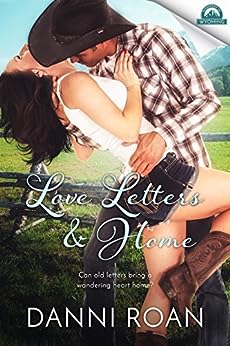 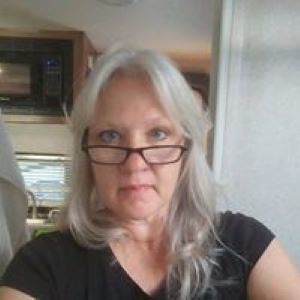 by Danni Roan (Author), Erin Dameron-Hill (Illustrator) Format: Kindle Edition
Book 1 of 34: Whispers In Wyoming
See all formats and editions
Sorry, there was a problem loading this page. Try again.
Successful, ambitious, and vivacious, Philomena knows just what to do when confronted with a new challenge. Inheriting her ancestral homestead seems like a dream come true but she is unprepared for the changes it will bring to her life and her heart?
Chase Haven swore he'd never return to Wyoming, but when his oldest friend asks for his help, offering him a chance to rebuild his family’s fortune along the way, he can't say no.
The Broken J Ranch has seen better days but a twist of fate may give it a new lease on life. Can a heritage of love, truth, and faith bring wandering hearts home to find what they didn’t know they had lost?

Danni Roan, a Christian author, has always been a storyteller and that unique talent has translated well into the western romance genre. Danni’s characters are real, genuine and come alive on the page. To date, Danni has two western romance series, The Cattleman’s Daughters and Tales from Biders Clump, as well as several stand-alone novellas in the Strong Hearts: Open Spirits group. Danni has also participated in several multi-author projects including Whispers in Wyoming, a Christian, Contemporary Western Romance series and the much anticipated Alphabet Mail-Order Brides series.

Danni has Bachelors of Missiology and a Masters in Teaching English as a Second Language (ESL). Danni has taught English and ESL, for over fifteen years both overseas and at home in the United States. These skills and her experience with people from all over the world have given a special flavor to her writing which only adds to the authenticity of her characters.

Danni lives with her every-day-hero of more than twenty-seven years in a thirty-six-foot camper that they are using to tour the United States, adding new life to the setting and drama of her books. She is very proud of their son who is studying at the University of Florida. You can follow Danni’s adventures on her blog as well as reading about them in her work.

Danni is a member of the Pioneer Hearts Authors and Readers group on facebook and loves working with and interacting with so many talented friends. She has made lasting connections and feels that she is a part of something bigger than herself.

Originally hailing from Pennsylvania Danni feels a connection to the land and loved riding over the verdant hills of western PA on horseback throughout her youth.

Barbara W
5.0 out of 5 stars When you don't know God
Reviewed in the United States 🇺🇸 on September 23, 2022
Verified Purchase
Phil was a good worker. Her attorney told her that she was the closest living relative and that she had inherited a ranch. She was ready to try something new, so she closed out her apartment and went to see the ranch. When she got to the ranch she found out she had a cousin that had been taking care of the property. She asked him to be partners on the ranch. When his friend, Chase showed up, Phil and Chase were really drawn to one another. Phil did not know God, but Chase helped her to find Him.
Read more
Helpful
Report abuse

Rose Arbor
VINE VOICE
4.0 out of 5 stars An Interesting Romance
Reviewed in the United States 🇺🇸 on May 31, 2021
Verified Purchase
I really liked this book. It is a modern Western and a clean romance. It had a good storyline and was believable.

Philomena lived in New York City. She was very successful at her job and was at the top of her field in marketing. But something was missing from her life. She felt her life was meaningless. When she suddenly inherited a ranch, she quit her job and moved to Wyoming. She was determined to change it into a dude ranch. Her life changes completely when she gets to the ranch. She meets her cousin, Kade, and immediately draws him into her plans. He is happy to be included and together they forge ahead. When they need a wrangler, Kade suggests his friend, Chase. Phil and Chase feel an immediate connection, but there is a big problem. Of course, there is a happy ending. This is a romance after all. I felt the problem was solved a little too quickly, but I did really enjoy the book.

This book is complete unto itself, but it is the first book of a long series. Several of the books are already in my library and all of the books are on KU. I am going to binge read through the entire series. Why don't you join me? It will be lots of fun. Lets see who gets to the end first.
Read more
Helpful
Report abuse

Jim
5.0 out of 5 stars Great story of forgiveness.
Reviewed in the United States 🇺🇸 on June 5, 2022
Verified Purchase
Interesting story and interesting characters. When I first started reading, I wondered if this was really a Christian romance - it seemed to be on the edge of something else. Eventually I realized why. The author was showing that people really could be changed and that forgiveness was possible.
Read more
Helpful
Report abuse

L
4.0 out of 5 stars A sweet story
Reviewed in the United States 🇺🇸 on November 30, 2019
Verified Purchase
The story is a sweet one where the heroine's character grows. It was fun to read how she grows to love her heritage as she was a city girl who came to Wyoming and transforms the Broken J. There's a spark that grows between Philomena "Phil" and Chase as this is a western historical romance. This is a clean short read.

There were two things in the story that we're left unanswered. One is with the character Kade, Phil's cousin. Without giving anything away it seemed as if they left it opened to have a story written for him, which is fine and expected in a series. The one I had an issue with, and thus gave the story four stars, is with the character Michelle, Phil's best friend. It seemed like there was going to be more depth in the book with Phil's character with a side story with Michelle. Or enough story for another book in the future. But it just eluded that Phil's best friend was in distress, Phil never follows through for her best friend and that part is completely ignored.

That being said I look forward to reading the series and how the collaborative of authors will develop the community - how they'll all be tied together somehow either by location, families, friendships or etc.
Read more
One person found this helpful
Helpful
Report abuse

Joann ME
4.0 out of 5 stars Sunshine moment
Reviewed in the United States 🇺🇸 on November 4, 2021
Verified Purchase
The personal growth that everyone faced was hard, heartbreaking, and so worth it. Chase sticking to his convictions was amazing. The faith base was awesome.
Read more
Helpful
Report abuse

Marlene
5.0 out of 5 stars The saying, ‘she was lost and now she was found’ comes to mind….
Reviewed in the United States 🇺🇸 on April 24, 2021
Verified Purchase
The story is wonderful! It’s the old west come to life on a guest ranch; it’s finding ones roots; and, it’s about getting to know yourself better. Philomena worked in high-profile marketing where she had found success in business after struggling with education and life itself. Now alone she receives notice that she has inherited an old homestead out west in Wyoming. In the old attic she finds a trunk of letters from her ancestors and those alone bring change to the Broken J and her life was once again renewed when she met her cousin Kade and his oldest friend, Chase Haven.
Opening a drawer, finding a Bible and seeking truth, becomes her new life. Thanks for great writing.
Read more
Helpful
Report abuse

Ruby Sterling
3.0 out of 5 stars Felt too rushed
Reviewed in the United States 🇺🇸 on January 21, 2022
Verified Purchase
I actually live this author! And this is a cute story but just felt too rushed. I like getting to see the interactions and growth of the characters, but didn't see much of that this time. I did like showing Phil's growth from just physical lusting after Chase to falling for him...but would have enjoyed seeing their relationship grow. Seemed like a wham, bam, conversion...then wedding??? But still enjoyed it.
Read more
Helpful
Report abuse

The Voracious Reader
2.0 out of 5 stars Too Risqué
Reviewed in the United States 🇺🇸 on September 17, 2021
Verified Purchase
I almost didn’t get this book because of the risqué cover. It’s not a good cover for a “Christian” book, and I should have taken it as a warning. The book has much too sensuality and physical ogling with Phil always salivating over Chase’s physical attributes and how he turns her on. Here is an example: “A slow smile spread across Phil’s face. She wouldn’t mind taking Chase for a morning ride.” Phil later even openly propositions him. There were other problems, too. In Chase’s point of view, why would he think of himself as, “a crooked grin spread across the rugged cowboy’s face?” And yes, you get a taste of the repeated phrases in the book. There were also several grammatical errors, but the book pushes the borders of what is appropriate in a novel labeled as “Christian” if it doesn’t cross it. It doesn’t have much plot either, and it didn’t leave me with a good feeling. I haven’t read another book like this by this author, and I was unpleasantly surprised. She can and has done better.
Read more
3 people found this helpful
Helpful
Report abuse
See all reviews

the_W
3.0 out of 5 stars Nice story, felt a bit rushed
Reviewed in Germany 🇩🇪 on August 10, 2021
Verified Purchase
The story was lovely and nice, but the author skipped forward in time often, so the book felt rushed and it didn’t leave much insight as to getting to know the protagonists better and to understand their motives.
Read more
Report abuse
See all reviews