Love is Mortal: Valerie Dearborn Book 3 and millions of other books are available for Amazon Kindle. Learn more
Share <Embed>
Have one to sell?
Sell on Amazon 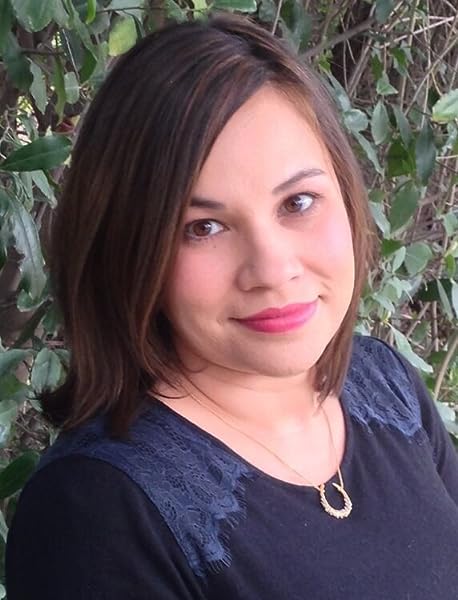 Start reading Love is Mortal: Valerie Dearborn Book 3 on your Kindle in under a minute.

4.3 out of 5 stars
4.3 out of 5
260 global ratings
How are ratings calculated?
To calculate the overall star rating and percentage breakdown by star, we don’t use a simple average. Instead, our system considers things like how recent a review is and if the reviewer bought the item on Amazon. It also analyzes reviews to verify trustworthiness.
Top reviews

Book Worm
3.0 out of 5 stars ok conclusion, but missing some heat, and a chapter before the epilogue
Reviewed in the United States on January 18, 2013
Verified Purchase
3.5 Stars. The third and final book in a series is often hit and misses. I guess it would be hard for an author to keep everyone happy. The overall story worked for me, I liked the outcome, I liked the twists and turns it took, and I liked seeing different sides to people, that you can be both good and bad. It was really interesting to read, and I liked the whole plot. I was invested in the characters, and was eager to get my happy ever after. However, when I finished it I was disappointed as it was not everything I hoped for. For me the reason that this book was not everything I hoped for is simple. Lucas at times felt like a different character, Valerie lost some of her spunk, the Jack and Rachel relationship is a bit odd, where was the sex and is there a chapter missing? Now let me explain these a little better without giving too much away. Lucas is being held by Cer, so I understand how he cannot be this all mighty tough vamp, but he turns instead into overly sweet Lucas, who old Valerie could have walked over. I wanted him to be tougher and rougher, sure it was nice seeing him sweet, and finding out more of his past, but I felt he needed to take control at times. Valerie is also with Cer, he wants her to be queen, she wants to escape, but is torn between just getting out and saving Lucas too. In addition Valerie also has to contend with Virginia the true Fey queen. So yes I want her to save Lucas, but she just gives up too easily to Virginia, I wanted more of a struggle, and I would have liked for her to save herself from Virginia rather than needing so much from Lucas. However, her character does get that spunk back at the end so maybe i should forgive the rest. The whole Jack and Rachel relationship was odd for me. I never felt anything from them in the previous books so it just felt weird. And finally the sex, ok, the previous books have had some pretty impressive scenes between Valerie and Lucas, and this book, nothing, and there was room for it. I missed it, and I missed the heat between them.

The actual ending was also a little strange for me, sure we get the happy ever after, and a set up for a follow on series with the other characters in an epilogue but the jump that happens from the actual final chapter to the epilogue made me feel like the book was missing a whole chapter.

If you have read the previous books in this series, you will want to read this book to find out what happens to everyone. I hope that you are one of the readers that the author has been able to keep happy.
Will I read it again? No
Would I recommend it? Sure, you want to know how it ends.
Read more
10 people found this helpful
Helpful
Report abuse

Kindle Customer
1.0 out of 5 stars Possible the author choked for the money...
Reviewed in the United States on June 2, 2017
Verified Purchase
Had to think a lot before I wrote this review. In the end, I wanted the author to notice. I know she left an opening for a new story, but I don't know for sure if she wrote a feel-good, hea ending for reviews or not. And that bothers me. A lot. If she was a good author at all, she would have known that an ending with a dark-haired child would have made more of an impact if she's planning a new series. Would have made a better ending than just Molly showing up with her inquiry.

*Spoiler* Lucas already knew Virginia was using Valerie's body and she and Cer had been intimate. He was probably potent too, at only half his strength. The child born SHOULD have been Cer's, with Lucas possibly trying to protect her from the truth. Plus, the ending was rushed. This was a dark magic story, for crying out loud! Come on!
Read more
One person found this helpful
Helpful
Report abuse

Seaturtlenut
5.0 out of 5 stars And I'm sooooo happy that I did
Reviewed in the United States on September 14, 2017
Verified Purchase
I happened to run across this series of books by accident. And I'm sooooo happy that I did!! They are awesome!! I loved the way the stories progressed and the crafty way the author tells a story. I also liked the way you get just enough of the back ground information to introduce you completely to the characters, and then the story really takes off, while taking you with it! The author has a way of writing and giving little details that make you feel like you are right there in the room, and can feel the emotions, or even just turn around and see the characters standing next to you. It took me about a week to read the first book, as I was busy doing other things as well. But when I purchased the second one, I could not put it down, It was the first time in my life I had read an entire book in one day! I purchased this last one the same evening and was not really surprised that it's just as good as the first two. So for the second time in my life I turned around and read this last one all in the very next day! I loved this series and plan to find more of her books to try. I'm sure I'll like her other stories but I'm not sure if any of them can take the place of these characters! This is a series that I will read and reread again and again!
Read more
Helpful
Report abuse
See all reviews

A-Canadian-in-Singapore
4.0 out of 5 stars Can vamps get happy endings?
Reviewed in the United Kingdom on May 28, 2014
Verified Purchase
I really enjoyed the entire trilogy, having devoured them in 3 days.

Book 3 has more humour than the earlier books - there are long stretches that are, in contrast to the violence and despair of other scenes, quite light-hearted, romantic and playful (Lucas playing mini-golf????).

I was disappointed in the last few pages - the author seemed focused on trying to set up her next series of books, rather than giving us the satisfying conclusion we wanted. Frankly, I don't give a toss about meeting this new character - I wanted to see the grand romantic conclusion for Val and Lucas. I'm sure most other readers will feel the same, so the last few pages were rather misjudged (and the reason I'm giving this book 4 stars instead of 5).

But apart from that flaw, it's a lovely story, well told, and I'm sorry I've finished it.
Read more
One person found this helpful
Report abuse

Sam S
5.0 out of 5 stars So tense
Reviewed in the United Kingdom on January 22, 2019
Verified Purchase
This was a real cliff hanger of a book. I felt like I was constantly holding my breath to see what would happen next. The interplay of the characters relationships was amazing and wove brilliantly with the action. I love love loved this. Give there series a go. The course of true love never did run smooth.
Read more
Report abuse

Kindle Customer
5.0 out of 5 stars Fantastic
Reviewed in the United Kingdom on April 11, 2019
Verified Purchase
I absolutely loved this series . It’s sad to let all the characters go and return to reality. One of the best reads I’ve ever had . Would 100% recommend to anyone who is in need of a little fantasy and romance in there life , luckily these vampires aren’t the kind that sparkle 😂
Read more
Report abuse

Susan R
2.0 out of 5 stars Lots of people liked this trilogy
Reviewed in the United Kingdom on April 19, 2016
Verified Purchase
Well I'm still fighting my way through the final book of the trilogy and to be honest I may not bother . I wish I hadn't bothered buying them and wasting time that I will never get back .
Lots of people liked this trilogy , not me , it is not because they are bad books more likely I am hard to please . In any case she does a lot better than I would ever do .
Read more
One person found this helpful
Report abuse

Kindle Customer
5.0 out of 5 stars Book1, 2,3,
Reviewed in the United Kingdom on April 2, 2017
Verified Purchase
Brilliant books lost a whole weekend. Unlike other reviews I did like the ending finished but more to come, fantastic read. Will watch out for this author in the future. First ones free so even better.
Read more
Report abuse
See all reviews
Back to top
Get to Know Us
Make Money with Us
Amazon Payment Products
Let Us Help You
EnglishChoose a language for shopping. United StatesChoose a country/region for shopping.
© 1996-2021, Amazon.com, Inc. or its affiliates