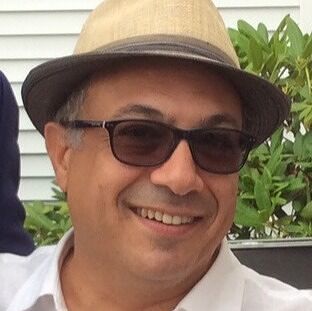 4.8 out of 5 stars 143 ratings
See all formats and editions
Sorry, there was a problem loading this page. Try again.
Previous page
Next page

Ashley Kahn is a Grammy-winning music historian, author and producer, a wearer of hats, is wary of autocrats, loves jazz but is allergic to cats. He co-wrote Carlos Santana’s autobiography The Universal Tone: Bringing My Story To Light, and has written titles on legendary recordings Kind of Blue by Miles Davis and A Love Supreme by John Coltrane, and a record label: The House That Trane Built: The Story of Impulse Records. His most recent book, George Harrison on George Harrison: Interviews and Encounters was published in August 2020. He teaches at New York University’s Clive Davis Institute for Recorded Music.

Tom Walsh
5.0 out of 5 stars An Amazingly Thorough Biography of an Album
Reviewed in the United States 🇺🇸 on January 11, 2020
Verified Purchase
I am always suspicious of critiques of any piece of art, be it Painting, Literature or Music, that parse every stroke or phrase for hidden meanings or events from the Artists childhood that infuse the work.

This book is different. Kahn is so devoted to Coltrane and to this work in particular that he appreciates every note, every chord and every studio moment that John brings to A Love Supreme and every other day in the life and brief career of this Jazz Giant. He does this respectfully but not with the eyes of a worshipper but rather a realistic fan of Jazz and the musicians who created it, warts and all.

The world of the Golden Age of Jazz, the late ‘50’s and ‘60’s, comes alive in the words and music of the Artists, Producers, Engineers that made it happen and their descendants still carrying the torch. It’s not always pretty, often peopled with drug addicts, drunks and troubled men, but it comes across as real and the music it gave rise to as real and important.

I have to admit: this is My Music. No other before or since resonates with me as deeply. So I appreciated Kahn’s phrase by phrase analysis of the Piece. Every chord, note, drum beat is described with the context that shaped it. And his words are backed up by the musicians themselves, their fans, followers and critics, so it’s not just one man’s opinion.

This analysis is not painful to endure. I punctuated each description with listening to the recording and following along, as well as a layman could, making the experience of sound and printed word even more enjoyable. I recommend this approach to any future reader. But, however you do it, if you like Coltrane’s Music and well written biography, I heartily recommend this Five Star book.

Robert B Elwell
4.0 out of 5 stars Well-Meaning, Incomplete, Overexhaustive
Reviewed in the United States 🇺🇸 on December 16, 2016
Verified Purchase
What I was really looking for in this book was the story arc that I think A Love Supreme itself clearly narrates: a troubled, talented person's spiritual journey to understand the world and disseminate the wisdom he acquires through suffering. Instead, I found the overall product to be a little academic, dry, and prone to uninteresting tangents.

A particular footnote underscores this by including a paragraph on a contentious Yahoo! Groups thread over "tracing the history of jazz musicians writing their own liner notes". I think everyone in that thread would love every bit of this book I found unnecessary.

I've recently read books on Miles and Trane's work together culminating in Kind of Blue, as well as the life of Thelonious Monk. I would rate it between these two (with the first being the best), and similarly removed from its associated source material due to its academic angle.

Maybe the best part of this book, however, is the detailed treatment of Rudy Van Gelder, whose body of work as a recording engineer has recently been celebrated as a result of his passing. It would be great to see a whole book on RVG, and I actually think an academic approach would be most suitable given his varied and technical contributions to both music production in the mid 20th Century and the interpretation of Jazz as a result of those available technologies and their implementations.

Another commendation I will give the author is that the sections that actually describe the recording of the tracks on the album can be read at roughly the same speed as the tracks themselves, which really enhanced the experience. I usually find it hard to appreciate descriptions of instrumental songs without listening to them or having just recently listened to them, so these passages were a treat.

As the somewhat unnecessarily large section detailing covers of songs on A Love Supreme intimates, tackling this almost liturgical work by Coltrane in any format is a near insurmountable task. Like many interviewees who have recorded such covers, the author seems to have taken it on respectfully and with gratitude, knowing it would be impossible to fully do justice to the source material.
Read more
2 people found this helpful
Helpful
Report abuse

Kevin Currie-Knight
VINE VOICE
4.0 out of 5 stars A Love Supreme! A Love Supreme!
Reviewed in the United States 🇺🇸 on December 31, 2012
Verified Purchase
There are VERY few jazz albums which have achieved the status and attention of John Coltrane's A Love Supreme. And listening to it decades after it was first released (I first heard it in 1996), we forget how revolutionary that album was: a jazz suite, religious in nature, less centered on chord changes than meditating over modal accompaniment.

In A Love Supreme, journalist Ashley Kahn attempts to tell the story of the making of A Love Supreme. Of course, with it, we also get a good account of who John Coltrane was, his rise into the Miles Davis "Kind of Blue" sextet, drug addiction and self-imposed rehabilitation, the civil rights and black power movements of the 1960's, and the evolution of jazz music. All of these are told in crisp journalistic prose supplemented by interview excerpts from those close to the press-shy Coltrane: Elvin Jones, Kenny Burrell, Rudy van Gelder, even Alice Coltrane.

I will never listen to A Love Supreme in the same way again. Yes, I always knew - it is just obvious in the suite's movements - that ALS is infused with meaning and significance. But now, I feel like I know a little more about what Coltrane had in mind for the suite. Interestingly, at the time this book was written, the audio for the mysterious second day's session (with two saxophones and two bass players) had not been released to the public, so Kahn puts the pieces together about what transpired on that second day as a detective putting together the facts of a case. Of course, now, that second day's material has been released and is available for listen on an 2 CD set of A Love Supreme put out by Impulse!. Of course, this just adds to the book because now, we can hear what Kahn describes.

Anyhow, this is a very well done book about one of the most evocative jazz albums of all time. Strongly recommended for both jazz novices and true fans.
Read more
8 people found this helpful
Helpful
Report abuse
See all reviews

Jedd
5.0 out of 5 stars One of the best books on the subject
Reviewed in Canada 🇨🇦 on February 5, 2017
Verified Purchase
A very in depth analysis of one of Jazz greatest albums and quartet. Detailed but easily accessible to casual fans and has enough meat to satisfy hardcore jazzoids alike. The photos are welcomed and so are Coltrane's notes etc. I also enjoyed the format of the book in that the interviews were typed in bold. The side notes about Creed Taylor and Rudy Van Gelder were also a welcomed surprise. The one small nit pick I have with this book is that on some pages the type was blurred or overlapping badly. This could be just the book I received and really has more to do with printing than anything else. If you can look at a physical copy before you buy, I would suggest it. A solid 5 star book!
Read more
Report abuse

ABR
5.0 out of 5 stars A worthy book and wonderful story.
Reviewed in Germany 🇩🇪 on July 14, 2015
Verified Purchase
A very entertaining and informative book that makes listening to "A Love Supreme" that much more enjoyable. I highly recommend this book to everyone who appreciates this brilliant piece of music from John Coltrane.
Read more
Report abuse
See all reviews