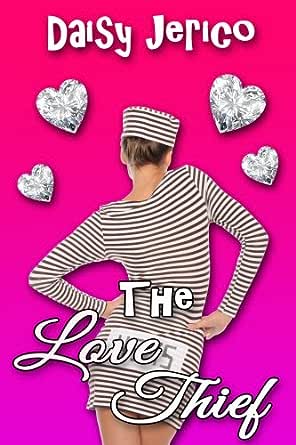 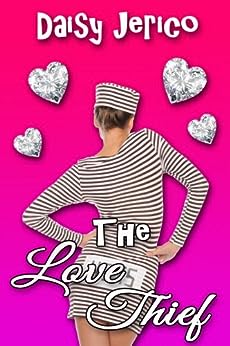 4.6 out of 5 stars
4.6 out of 5
22 customer ratings
How does Amazon calculate star ratings?
Amazon calculates a product’s star ratings based on a machine learned model instead of a raw data average. The model takes into account factors including the age of a rating, whether the ratings are from verified purchasers, and factors that establish reviewer trustworthiness.
Top reviews

Victoria Pitts Caine
5.0 out of 5 stars Delightful!
Reviewed in the United States on December 18, 2013
Verified Purchase
Shaken from sleep in the middle of the night, the gallery where Sandra works has been broken into. After running the two blocks to the shop, she can’t believe it’s happening a second time. Another jewel heist and the authorities are pointing the finger at her once again. To clear her name she agrees to work with Detective Hargrave and Alex Daniels from the police department.
Even though Alex is drop dead gorgeous, he’s a jerk. Sandra learns that just like her ex-boyfriend, Derrick, who got her involved in the first job, Alex is a former jewel thief. Alex wants to clear his name, too, but Sandra wants the pendant she created and she knows Derrick stole it from her employer.
With the help of an enormous dog who is overprotective but loveable, Alex and Sandra lure Derrick into a trap, but things don’t turn out as they expected and Sandra must decide what is really important.
I enjoyed this delightful story and especially loved the dog, Viking. I read it almost entirely in one sitting and the jewel height at the beginning and the well thought out ending keep you on the edge of your seat.
Read more
3 people found this helpful
Helpful
Comment Report abuse

Carlene
5.0 out of 5 stars Fun story
Reviewed in the United States on December 22, 2013
Verified Purchase
I'm becoming a fan of novellas, and "The Love Thief" is one reason why. I read it in snatches, between baking, shopping, and getting ready for the holidays. The story is cleverly plotted, beautifully written, and just plain fun. The romance pulled at my heart strings without being sentimental or steamy. And Viking! Oh, my, what a sweetie! Sandra's character is so believable and appealing - smart and savvy one minute, quaking with fear the next. I also enjoyed the element of mystery intertwined with the romance. Pursuing the thief was entertaining without scaring me to death. Nice read for romantics and dog lovers of all ages!
Read more
8 people found this helpful
Helpful
Comment Report abuse

NaoDar
5.0 out of 5 stars I just couldn't put it down
Reviewed in the United States on December 25, 2013
Verified Purchase
Sandra was once falsely accused of theft and almost went to prison for a crime she did not commit all because of a handsome man. Suddenly it was happening again, the jewelry store where she works is robbed and she is their prime suspect. In order to prove her innocence and clear her name she has to team up with Alex, a former thief who is also trying to gain his freedom. Is Alex really trying to help her or is he more concerned about helping himself? She is determined to never be used by another man. When her life is in danger Alex must reevaluate what is really important to hm.

The Love Thief was a delightful, cute read with just enough suspense to keep you reading. Very rarely does a book grip me from the first paragraph and holds me until I finish but this one did, I had to read it all in one sitting. The banter between the characters as their feelings for each other develop was refreshing. It's so nice to read a clean, sweet romance that's both entertaining and endearing.
Read more
3 people found this helpful
Helpful
Comment Report abuse

Lisa J. Lickel
4.0 out of 5 stars very cute romantic read
Reviewed in the United States on January 2, 2014
Verified Purchase
The Love Thief author Daisy Jericho is from my home state, so of course I had to try it. A young lady with a boyfriend who set her up as a patsy in a past theft wants to keep her name clear when the jewelry store she works at is robbed. The consultant who works with a detective assigned to the case has a troubling history as well, and sparks fly when the young lady and the consultant match wits to catch the thief.

I enjoyed this quick read; the characters were fun, the story moved along quickly and the ending satisfying. Those who enjoy novellas--vastly different from full-length books-- and romances--which by nature are predictable--will enjoy Jericho's book. Enough twists and fun snarkiness, and a dog! to keep the reader enjoying each turn of the page.
Read more
One person found this helpful
Helpful
Comment Report abuse

Bill Dyszel
5.0 out of 5 stars Wonderful romantic thriller
Reviewed in the United States on December 25, 2013
Verified Purchase
In "The Love Thief," Daisy Jerico deftly combines romance and mystery genres with a beautifully written story of a strong though vulnerable protagonist, Sandra, who solves a crime and confronts her past at the same time. A delightful story with equal parts passion, humor, and suspense, this first novella by Ms. Jerico makes us look forward to more work from this unmistakably talented storyteller.
Read more
3 people found this helpful
Helpful
Comment Report abuse

Adventure Reader
4.0 out of 5 stars Quick, Fun, and Entertaining Story
Reviewed in the United States on February 1, 2014
Verified Purchase
When history looks to repeat itself, Sandra is forced to relive past mistakes. The fear and heartache brought on by her recently released from prison former boyfriend, who tried to frame her for a jewelry heist, is still raw. But this time, a different ex-jewelry thief and a stray dog combine to elicit a very different outcome. The author does a great job of packing a lot into a short book. This novella is a quick, fun, and entertaining read.
Read more
Helpful
Comment Report abuse

Jen
5.0 out of 5 stars A great read! Funny and creative.
Reviewed in the United States on April 16, 2018
Verified Purchase
Action packed and emotional. Characters are likeable. Loved the dog! The author kept the book moving. I am looking forward to reading more books by Daisy Jerico!
Read more
Helpful
Comment Report abuse
See all reviews from the United States

Jb
5.0 out of 5 stars Great
Reviewed in the United Kingdom on November 14, 2014
Verified Purchase
Good short story, worth reading it, was excellent and it was a great storyline highly recommend reading this book.Good holiday read.
Read more
Helpful
Sending feedback...
Thank you for your feedback.
Sorry, we failed to record your vote. Please try again
Report abuse