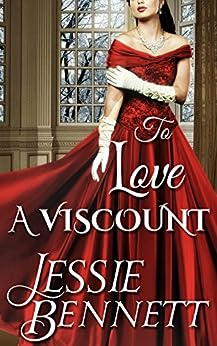 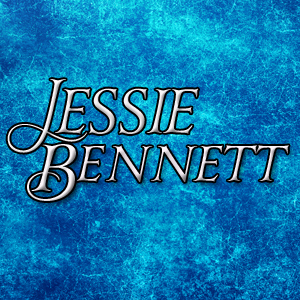 To Love A Viscount Kindle Edition

Jessie Bennett has always loved the romance of the Regency period. She wants to use her ideas, knowledge and interest in the era to create stories and characters that resonate with her readers. She aspires to be the next Jane Austen, combining grace, love, and simplicity in her work.

4.1 out of 5 stars
4.1 out of 5
84 global ratings
How are ratings calculated?
To calculate the overall star rating and percentage breakdown by star, we don’t use a simple average. Instead, our system considers things like how recent a review is and if the reviewer bought the item on Amazon. It also analyzes reviews to verify trustworthiness.
Top reviews

Jess
1.0 out of 5 stars Historical Inaccuracies Abound!
Reviewed in the United States on December 2, 2016
Verified Purchase
I hate giving negative reviews, but I also don't want anyone else to have to suffer through this book. Beware- there are spoilers ahead. I'm a longtime fan of the regency romance genre, so I know a bit about this period in time. It was clear to me right away that Jessie Bennet has not spent much time researching this period. A few things I noticed:

• A woman who is “out” would never wear her hair down to a ball. Only children wore their hair loose in public.
• The author refers to the Roberts family as being part of the nobility. This is incorrect. Baronets are holders of hereditary titles, but they are not actually part of the peerage.
• A woman would never walk to town alone. If a family member couldn’t accompany her, a servant would be sent with her.
• Maids and the housekeeper would not be the servants waiting on the family at dinner. That would be the role of a footman.
• A woman would never talk openly about financial matters. That would be the height of bad manners.
• Jane’s mother told her that gentlemen prefer for a woman to make the first move from time to time. In Regency England?! Are you kidding me?
• Black was a color that was usually reserved for mourning. Wearing a black dress to a ball would be highly unusual.
• You would never call the son of a Duke, “Mr. George”.
• A gentleman would never call a lady by her Christian name after they just met. Never.
• Ladies do not bow. They curtsy.
• A gentleman would not close the door when he was alone in a room with an unmarried woman. This would ruin her reputation.
• An unmarried woman would never write a letter to an unmarried gentleman. That would be scandalous. Her parents certainly wouldn’t ask her to do that!
• Emma is often scolded by her sisters for discussing looking for a husband. They say she is too young. At twenty years old she would have been on the marriage market for at least two to four years. Her eldest sister would be considered an old maid since she was unmarried at twenty five.

Beyond the glaring historical inaccuracies, this book just wasn't very well written. Commas are placed randomly and cut up sentences awkwardly. It seems like Jessie Bennet enjoys seeing how many words she can cram into a single sentence. Her writing style is clunky, with way too many words that aren't conveying anything. If she cut out the dialogue that didn't advance the plot, her book would easily be 50-100 pages shorter. Here's an example of what I'm talking about: "James and another gentleman, whose name she kept forgetting, invited her for a dance, and Charlotte almost enjoyed herself while dancing." And another one: "The two young women walked up the stairs and into the house together, their hands are intertwined". I almost don't believe that this book went through any editing. It looks like an eighth grader's creative writing first draft. In some places it seems like vital paragraphs were deleted, or the paragraphs are out of order. In one scene the family arrives at a dinner party, then they are waiting for another guest to arrive, then the family arrives at the dinner again! The author also tends to describe things over and over. She gave the same description of the sisters at least three times. We get it- two of them are blonde with brown eyes. She also seems to forget what occurred earlier in the book. The Viscount is told by his father early on that he must sell his horse Dusty to pay the bills. Over a year later, the Viscount is still riding around the countryside on Dusty. His financial situation hasn't improved, so why does he still have the horse? Why mention it in the first place if it never happens?

I also found it odd that the book jumps forward in time nine months. Charlotte is married, and then in the next chapter she has a baby. Are we supposed to believe that nothing happened with the other two sisters' suitors in that time period? They just hung around for nine months without deciding whether to make an offer of marriage? That struck me as very odd. The other odd thing is that this book is called, "To Love a Viscount". When you read the back cover, the summary only talks about Emma and Francis. But this book is actually three underdeveloped short stories glued together. There is no mention of Emma's sisters in the summary, but their love stories are included in this book as well. It was very poorly executed. All three romances were based on very little interaction between the characters and zero chemistry. One last thought and then I will stop tearing this author's book apart. The female characters in this book cried constantly for no reason. It drove me crazy. Needless to say, I did not enjoy this book at all. It's the worst Regency Romance I've ever read. Please don't waste your time.

Michelle
3.0 out of 5 stars A Tale Of Three Sisters
Reviewed in the United States on October 7, 2016
Verified Purchase
Don’t let the title or the summary of this book deceive you (not that I’m saying the author had any intention of doing so). This is not merely the story of Emma Roberts and Viscount Francis Turner. This is a book about three sisters finding love, not just one couple.
Baron Roberts and his wife have three daughters; Charlotte, Jane, and Emma. Charlotte is the sensible, strong-willed one, Jane the shy one, and Emma the bright young one whose spirit leans more towards headstrong. With the doctor telling the Baron that he has only months left to live, and with the estate entailed, there seems to be only one way to ensure that the remaining family will be taken care of: at least one, if not all, of the girls must marry. Problem is, all of them want to marry for love! And how could they possibly fall in love in such a short amount of time?
As the eldest, Charlotte is obviously the logical choice to marry first, but she’s an intelligent girl who wants depth in a man, something she rarely sees, and so when Lord George Geoffrays approaches her at a ball, she snubs him. Which hurts his pride. They part, neither particularly fond of the other, but do they have more in common than they realize?
Jane, although she wishes for love, isn’t sure that she can trust herself to know what it is when she feels it. And she hates feeling pressured into marriage. Being shy also doesn’t help matters. So, when she appears to have caught some sort of attention from Marquess James Bunting, she’s not quite sure what to make of it. After all, his mother is a powerful woman, and quite intent upon him marrying another.
And then there’s Emma. Having come into an inheritance from a great-aunt, she doesn’t have the pressure to marry that her sisters do. Besides, she’s barely of age. She’s going to have some fun while she can! So, the attentions of Captain Jonathan Green are not unwelcome. What does it matter if she’s rather fancied Viscount Francis Turner for years? She hardly sees the man anymore, and when she does, he only manages to annoy her. How dare he stick his nose into her business? You know, as if he actually cared for her?
So, each of the sisters have their trials, but eventually find love and happiness. The story contains certain elements obviously inspired by Pride and Prejudice, which can be somewhat amusing, but it is nowhere near as well written. The editing, while not perfect, is decent (and, in all fairness, I was provided with an ARC in return for an honest review). The main problem is that some of the story just does not make sense. At one point, we seem to skip at least ten months (not sure how long it actually was, we’re never told), but the characters don’t seem to realize, as they act like events that, while they only happened a few chapters ago for the reader, happened months ago for them, just happened yesterday. Seriously, if you catch a girl out alone with a guy and you have concerns about said guy and she refuses to listen to you, you go to her father, not her sister, and you do it quickly, not months later.
Read more
2 people found this helpful
Helpful
Report abuse

Kathleen A. Toliver
4.0 out of 5 stars 3 Sisters Find Love
Reviewed in the United States on October 7, 2016
Verified Purchase
Jessie Bennett's Regency Romance: To Love a Viscount is about 3 extraordinarily beautiful sisters and their quests for love.

Daughters of a Baron, brought up in the country due to the lack of a family fortune, the sisters are told that they each need to marry to secure a place in the world. Their father has been diagnosed with a supposedly fatal kidney disease and he wants his daughters to marry before he dies and leaves the family destitute. The 3 sisters, Charlotte, Jane and Emma, each struggle with the need to marry in a timely manner all the while hoping to marry for love.

The story has a few twists and turns, but all 3 women find love with men they have known their entire lives. Each in their own turn, become aware of the fact that they have always loved these men. It only becomes apparent when they are forced to really come to terms with what has always been right in front of them all along.

In previous Jessie Bennett books I have read, she normally takes 3 separate stories (each story could stand alone with a little more "flesh") and interweaves the plots and characters into 1 book. But with this book she took the 3 sisters and used them to write the 1 story. I enjoyed this book and look forward to reading more from this author.
Read more
One person found this helpful
Helpful
Report abuse
See all reviews
Back to top
Get to Know Us
Make Money with Us
Amazon Payment Products
Let Us Help You
EnglishChoose a language for shopping. United StatesChoose a country/region for shopping.
© 1996-2021, Amazon.com, Inc. or its affiliates