Sold by: books4seasons
Have one to sell?
Sell on Amazon 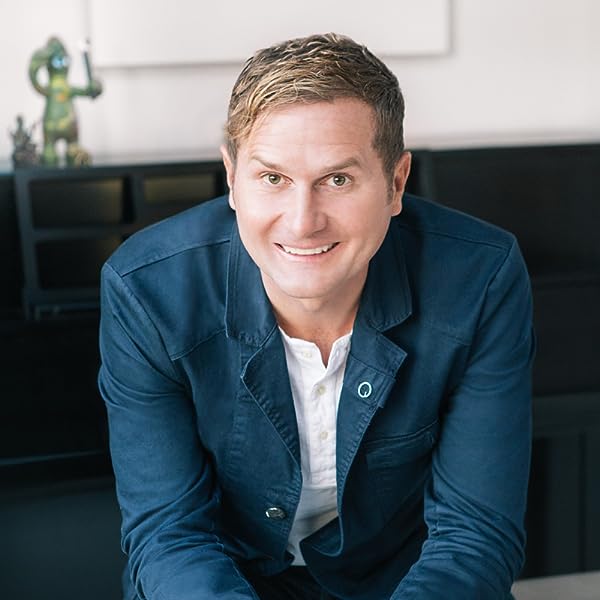 Love Wins: A Book About Heaven, Hell, and the Fate of Every Person Who Ever Lived Hardcover – March 15, 2011

Bell, influential pastor of Mars Hill Bible Church and author of Velvet Elvis, aims to provide an introduction to some of the big questions of Jesus' life and message. Claiming that some versions of Jesus should be rejected, particularly those used to intimidate and inspire fear or hatred, Bell persuasively interprets the Bible as a message of love and redemption. He is clearly well-versed in the scriptures, and for support his arguments look to everything from the parable of the prodigal son to Revelation to the story of Moses, in addition to his own personal experiences as a pastor, many of which are the book's highlights. Bell's vision of Christianity is inclusive, as he argues against some traditional ideas--for instance, hell as eternal punishment reserved for non-Christians--in favor of a God whose love and forgiveness is all encompassing. His style is characteristically concise and oral, his tone passionate and unabashedly positive. The result is a book that, while not exploring its own ideas deeply, may be a friendly welcome to Christianity for seekers, since they don't have a dog in the fight over hell that this book has ignited among the professionally religious. (Mar. 15)

“In Love Wins, Rob Bell tackles the old heaven-and-hell question and offers a courageous alternative answer. Thousands of readers will find freedom and hope and a new way of understanding the biblical story - from beginning to end.” (Brian D. McLaren, author of A New Kind of Christianity and Naked Spirituality)

“It isn’t easy to develop a biblical imagination that takes in the comprehensive and eternal work of Christ . . . Rob Bell goes a long way in helping us acquire just such an imagination--without a trace of soft sentimentality and without compromising an inch of evangelical conviction.” (Eugene H. Peterson, Professor Emeritus of Spiritual Theology, Regent College, and author of The Message and The Pastor)

“A bold, prophetic and poetic masterpiece. I don’t know any writer who expresses the inexpressible love of God as powerfully and as beautifully as Rob Bell! No one who seriously engages this book will put it down unchanged. A ‘must read’ book!” (Greg Boyd, senior pastor at Woodland Hills Church and author of The Myth of a Christian Nation)

“One of the nation’s rock-star-popular young pastors, Rob Bell, has stuck a pitchfork in how Christians talk about damnation.” (USA Today)

“Claiming that some versions of Jesus should be rejected, particularly those used to intimidate and inspire fear or hatred, Bell persuasively interprets the Bible as a message of love and redemption. . . . His style is characteristically concise and oral, his tone passionate and unabashedly positive.” (Publishers Weekly)

“Bell fights every impulse in our culture to domesticate Jesus [and] challenges the reader to be open to surprise, mystery and all of the unanswerables. . . . Bell has given theologically suspicious Christians new courage to bet their life on Jesus Christ.” (Christian Century)

“This attention-getter of a book ignited a heated popular conversation about whether God saves people like Gandhi or sends him and billions of other non-Christians to a fiery and painful place in the afterlife.” (Publishers Weekly, Best Books of the Year)

“Love Wins will make Christians re-examine their faith and will help them reclaim a vital and exciting vision of heaven and God’s love.” (Relevant)

“Bell is at the forefront of a rethinking of Christianity in America.” (Time magazine)

“One of the country’s most influential evangelical pastors.” (New York Times)

Millions of Christians have struggled with how to reconcile God's love and God's judgment: Has God created billions of people over thousands of years only to select a few to go to heaven and everyone else to suffer forever in hell? Is this acceptable to God? How is this "good news"?

Troubling questions—so troubling that many have lost their faith because of them. Others only whisper the questions to themselves, fearing or being taught that they might lose their faith and their church if they ask them out loud.

But what if these questions trouble us for good reason? What if the story of heaven and hell we have been taught is not, in fact, what the Bible teaches? What if what Jesus meant by heaven, hell, and salvation are very different from how we have come to understand them?

What if it is God who wants us to face these questions?

Author, pastor, and innovative teacher Rob Bell presents a deeply biblical vision for rediscovering a richer, grander, truer, and more spiritually satisfying way of understanding heaven, hell, God, Jesus, salvation, and repentance. The result is the discovery that the "good news" is much, much better than we ever imagined.

Rob Bell is a New York Times bestselling author, speaker, and spiritual teacher. His books include Love Wins, How to Be Here, What We Talk About When We Talk About God, Velvet Elvis, The Zimzum of Love, Sex God, Jesus Wants to Save Christians, and Drops Like Stars. He hosts the weekly podcast The Robcast, which was named by iTunes as one of the best of 2015. He was profiled in The New Yorker and in TIME Magazine as one of 2011’s hundred most influential people. He and his wife, Kristen, have three children and live in Los Angeles.

Page 1 of 1 Start overPage 1 of 1
Previous page
Next page
Pages with related products. See and discover other items: 50 birds