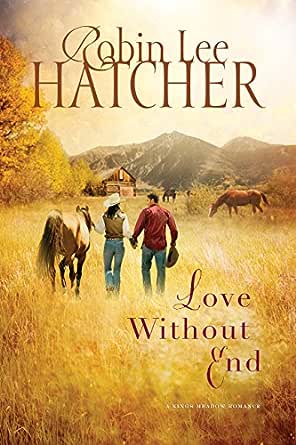 You've subscribed to A King's Meadow Romance! We will preorder your items within 24 hours of when they become available. When new books are released, we'll charge your default payment method for the lowest price available during the pre-order period.
Update your device or payment method, cancel individual pre-orders or your subscription at
Your Memberships & Subscriptions 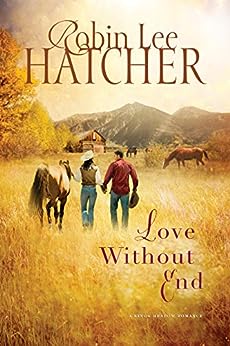 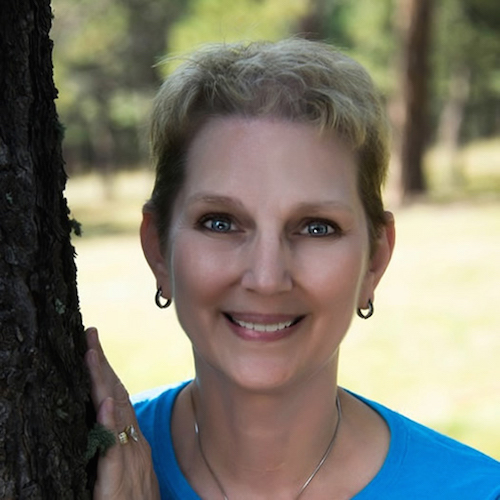 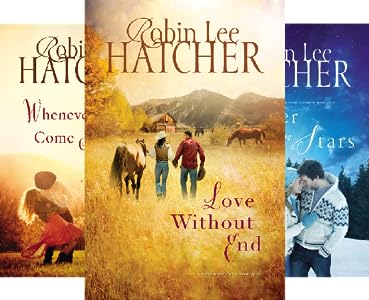 "No one writes about the joys and challenges of family life better than Robin Lee Hatcher and she's at the top of her game with Love Without End. This beautiful and deeply moving story will capture your heart as it captured mine." ~ Margaret Brownley, N.Y. Times bestselling author
"Love Without End, the first book in the new King's Meadow contemporary romance series, intertwines two beautiful and heartfelt romances. One in the past and one in the future together make this a special read. I'm so glad Robin wrote a love story for Chet who suffered so much in A Promise Kept. Kimberly, so wrong for him, becomes so right. Not your run of the mill cowboy romance--enriched with the deft writing and deep emotion." ~ Lyn Cote, author of Honor, first in the "Quaker Bride" series

Robin Lee Hatcher is the best-selling author of over seventy books. Her well-drawn characters and heartwarming stories of faith, courage, and love have earned her both critical acclaim and the devotion of readers. Her numerous awards include the Christy Award for Excellence in Christian Fiction, two RITA® Awards for Best Inspirational Romance, Romantic Times Career Achievement Awards for Americana Romance and for Inspirational Fiction, the Carol Award, the 2011 Idahope Writer of the Year, and Lifetime Achievement Awards from both Romance Writers of American (2001) and American Christian Fiction Writers (2014). Catching Katie was named one of the Best Books of 2004 by the Library Journal.
Robin began her writing career in the general market, writing mass market romances for Leisure Books, HarperPaperbacks, Avon Books, and Silhouette. In 1997, after several years of heart preparation, Robin began to write stories that included the faith life of her characters and she hasn't looked back since. She has written both contemporary and historical women's fiction and romance for a number of trade publishers (Thomas Nelson, Zondervan, Revell, Steeple Hill, Tyndale House, Multnomah, and WaterBrook).
Robin enjoys being with her family, spending time in the beautiful Idaho outdoors, reading books that make her cry, and watching romantic movies. Robin and her husband make their home on the outskirts of Boise, sharing it with Poppet the high-maintenance Papillon, and Princess Pinky, the DC (demon cat).

4.7 out of 5 stars
4.7 out of 5
176 global ratings
How are ratings calculated?
To calculate the overall star rating and percentage breakdown by star, we don’t use a simple average. Instead, our system considers things like how recent a review is and if the reviewer bought the item on Amazon. It also analyzes reviews to verify trustworthiness.
Top reviews

SD
4.0 out of 5 stars Really enjoyed this book
Reviewed in the United States on November 9, 2019
Verified Purchase
I really did enjoy this book. It did not fall into the typical "misunderstanding" or cliche romance traps and I will most definitely read the other two books in this series, even though they do not appear to be connected.

I loved the character of Chet but never really understood Kimberly. Her fears were not really explored in sufficient detail for me. I also would have really liked for Chet and Kimberly to talk about their past and how it effected their current lives moving forward. It would have made their relationship so much deeper and stronger.

Again, I really did enjoy this book but it could have been so much more.

Mary B.
5.0 out of 5 stars Love without end
Reviewed in the United States on April 14, 2015
Verified Purchase
Beautiful love story about second chances. Chet and Kimberly have a beautiful love story even though they are "older" parents of teens. This in itself is different than the usual story of first love. And, then there is Anna. The 83 year old "manna" to Chet and his sons. Their stories alternate in the chapters. Robin did a beautiful job with this book. It may be my favorite of hers so far! As always God is honored in this story. Recommended
Read more
5 people found this helpful
Helpful
Comment Report abuse

CCode
5.0 out of 5 stars Great read
Reviewed in the United States on May 21, 2018
Verified Purchase
I read this without setting it down. Robin Lee Hatcher is a great author a d a very good story teller.
I can hardly wait to read the other two books in this series. I really enjoy these as they have romance and are clean Christian novels.
Read more
One person found this helpful
Helpful
Comment Report abuse

Margaret Flynn
5.0 out of 5 stars Robin Lee Hatcher is the best!
Reviewed in the United States on January 11, 2018
Verified Purchase
Robin Lee Hatcher is my favorite author and I can never wait until the newest book comes out. She has a way of capturing human emotion in a way that most readers can identify. I also like her description of the western area in Idaho. It makes you feel like you are there. Some of the best inspirational novels I have ever read.
Read more
One person found this helpful
Helpful
Comment Report abuse

carol Westgate
5.0 out of 5 stars I enjoyed this book very much
Reviewed in the United States on February 21, 2016
Verified Purchase
I enjoyed this book very much. I paid under fifty cents and this was a new book. I had forgotten I ordered it but when it came I was happy to see that it was a new book and in mint condition. I had read Robin Hatcher books years ago and then lost track of her. This book made me want to order more of her books and especially the one before "Love Without End". The book came within the time frame I was told and I will definitely order more from this seller. I would recommend this bookseller and the book.
Read more
2 people found this helpful
Helpful
Comment Report abuse

Ellen Oceanside
TOP 1000 REVIEWER
4.0 out of 5 stars LOVE COMES AGAIN
Reviewed in the United States on June 29, 2018
Verified Purchase
Love story of second chances for Chet and Kimberly. With raising teen ages, the ranch and horses they all found love and a home. Their stories alternate thru the books.
Read more
One person found this helpful
Helpful
Comment Report abuse

Meehlticket
4.0 out of 5 stars A happy ever after story.
Reviewed in the United States on April 6, 2016
Verified Purchase
This story is such a pleasant combination. Love of God, love of family, love of home and community, and love for a special person . Better yet, this story takes p!ace in a gorgeous part of the U.S.. I am looking forward to reading more from this author.
Read more
2 people found this helpful
Helpful
Comment Report abuse
See all reviews