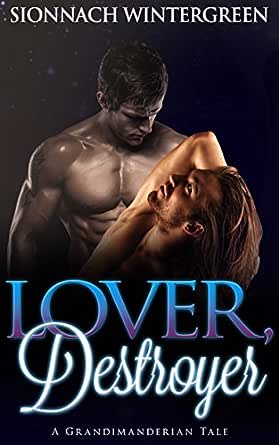 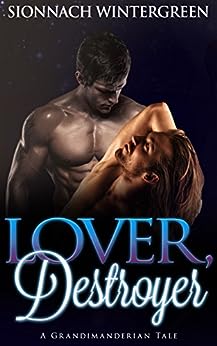 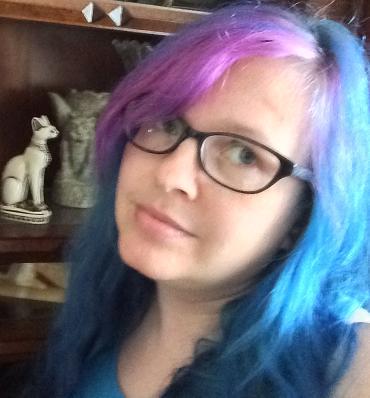 T Olsen
4.0 out of 5 stars A Tale of Getting a Lot of Tale
Reviewed in the United States on October 17, 2019
Verified Purchase
This book is best described and reviewed by splitting it into two distinct parts.

The first part is the major story of the book. Squirrel is the name of a guy who used to be a prince but wanted to learn magic so now he's an illegal in Grandimanderian which is kind of a fantasy British Empire but with an Overlord instead of a Queen. He has a chance meetup with Kite, an aristocrat with a large manor and a thirst for younger men. As the two learn about each other they also come to terms with the world around them.

This part of the story is decidedly generic. In some ways it feels downright forced. The prose does allow us to see some of the set pieces and back drops but a lot of it is hand waved or only briefly described. This set up seems in some ways pretentious and at others "safe" and "done before" but it is competent enough.

Of course, this is only about a fourth of the book. The other 3/4 is all of the hot man on man action. It is a good thing these guys aren't rabbits because the way they are going at it they'd have like an island full of kids or something. This book does not hold back. No olive oil goes unused. No prop goes unmentioned.

This book is somewhat difficult for me to review honestly. As a straight guy the many scenes of love making aren't my cup of tea, but I respect just how many there are. The story those scenes are laid out upon aren't particularly memorable and in a few instances are rather laughable (as an example, the description of where the rubber from a ball gag comes from in this world. ) There is also something to be said about how the two main leads, as people, are rather flawed to a point it feels patronizing. Squirrel wishes he could fix the world around him, unaware of just how to heal, but is remarkably passive for a guy who left his country. Kite comes off as a frankly rapey rich guy who isn't afraid to tie down what he likes... but this time his prey is more willing so it is okay, and by the end of the book maybe he can open up and that will help him change.

Overall, this is a rather solid dirty pleasure that does what it sets out to do and is unlikely to disappoint, even if it is also unlikely to be revisited once finished.
Read more
Helpful
Comment Report abuse

Amazon Customer
5.0 out of 5 stars Erotic Fantasy!
Reviewed in the United States on July 16, 2017
Verified Purchase
Wintergreen has created a fantasy in which anything goes, especially the passionate love between her main characters, Elarhe and Kite. It starts out as an uneven love match between a prince and a lowly peasant boy. But it quickly developed into something much more passionate, as both characters uses their “color power” in aiding each other. I was most surprised about the coupling that took place in Kite’s strange bed. What imagination! Lovers of M/M erotica with love this book as they follow Elarhe and Kite on their journey of discovery. Great fantasy erotica!
Read more
One person found this helpful
Helpful
Comment Report abuse

MLKito
4.0 out of 5 stars Intriguing premise
Reviewed in the United States on December 28, 2019
Verified Purchase
I really enjoyed this book. Magic and mages are not something I normally read but this book was done so well. Plus ALL the kink! It was hot and a smidge dark but overall very satisfying read.
Read more
One person found this helpful
Helpful
Comment Report abuse

** I received a free copy from the author in exchange for an honest review. **

Lover, Destroyer was a pretty quick read, and it wasn't all that short. I think that the plot was fast paced and unique enough to stand on its own.
It has a heavy dose of BDSM and Dom/sub role play. I normally do not mind reading this genre, but it was more on the intense end of the spectrum with beating/whipping until the sub goes accidentally unconscious. And that threw me off because I didn't get that from the books synopsis. However, there aren't that many scenes of that nature and the rest of the sex scenes were okay, some even being sweet.

I wished the book had been a bit longer as well. The characters didn't feel like they had gone through enough change to have come out better than they started. Yes, they were more mature, but nothing had changed in their relationship tat I could see, other than Kite begrudgingly admitting he loved Elahre [within the last few pages of the book] Definitely needed more page length to develop the plot and the characters.

Still, if you enjoy magical/fantastical elements to you m/m romances, definitely give this book a try. I did like the way that the plot seemed to be developing.

EU
5.0 out of 5 stars A magical, sexy, interesting book
Reviewed in the United States on July 13, 2017
Lover, Destroyer is a sexy, adventurous romance set in a magical fantasy world. It ties into The Inquisitor's Gift, which in itself is a fantastic read.

The book is well written, easy enough to follow. I enjoyed reading it, to a point where I read it faster than I have read anything thus far this year. It was interesting to watch the characters grow both personally, and together: A young man who thinks he is a monster and that he can never be loved finds that he is wrong, and a prince who has fallen from grace starts a new life, eventually learning to harness his powers with the help of a sage activist. And of course there are the sex scenes – all dirty, in a very good way.

The world that Sionnach has created is wonderful and fun to explore. I would definitely suggest it for anyone who likes fantasy, romance and non-vanilla sex, or for anyone who is a fan of The Inquisitor's Gift.
Read more
2 people found this helpful
Helpful
Comment Report abuse
See all reviews