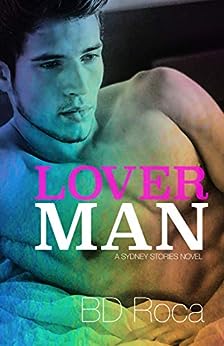 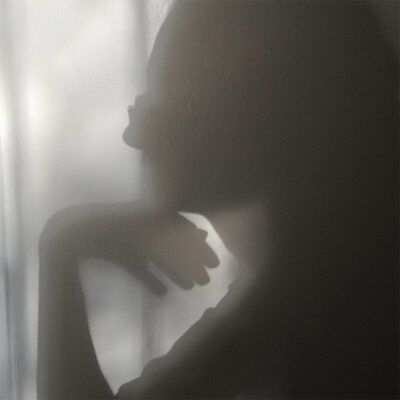 True 🌈 Loveislovereview
5.0 out of 5 stars mind-blowing 5-star winner!
Reviewed in the United States on December 3, 2020
What an extraordinary story, a powerful drama with a lot of tension, emotionally and sexually.

Eight years ago Kemp and Vivian’s mother Maxime was married to Charles’s father, Richard Durant, the mining magnate, billionaire. Let’s be clear here, Maxime is a calculating cold b tch and Richard is already dead.

Now Charles is back in Kemp’s life, it seems like they live together, but only physically, there are a lot of feelings, mostly cold, sometimes it looks like hate. There is definitely a mountain of lust which they express in a hot steamy way. They are under each other’s skin.
Charles is a successful photographer and Kemp a musician, ex- stepbrothers, it seems they are lovers without love. Let’s just follow them to understand what those feelings really are about.

Viva despises Charles, even more now because he’s her brother’s lover. Something happened all those years ago and bit by bit we get to understand the horror of it.
How their past influences the present and future. How reality is different from what it looks.

Both men are guarded, definitely protecting their hearts, they are misunderstood, especially Charles. Sometimes gentle sides are exposed, little cracks in their shields, just a second, and then the walls go up again.

Charles has secrets, and not all are locked in his safe, some are in his head, secrets to protect the ones he deeply cares for and loves.
Behind the closed off attitudes, there are glimpses of vulnerability and raw emotions. Those moments were precious and full of possibilities.
Subtle, very subtle their dynamic changes in something that has always been there, latent.
In this journey there are dark secrets unfold, they are ugly, fasten your seatbelts!

A stunningly written narrative, intriguing, full of heartache, with well-defined personalities. There was sometimes a what heavy blanket lying above this narrative, with raw hurt. So many emotions here to find, despair, hope so much hope, misunderstanding, forgiveness, a lot of steam, and love. The whole story was well developed and fast-paced.
The very end was quite emotional, finally a deserved happiness, it was extremely enjoyable.
For me, this story was a mind-blowing 5-star winner!
Read more
Helpful
Report abuse

Coffee♥︎
5.0 out of 5 stars steam, angst, drama, secrets, & love
Reviewed in the United States on November 16, 2020
A rockstar. A photographer who is also heir to a massive fortune. A shared past of trauma and violence. There’s so much steam and angst in this novel (in a good way) that it can be easy to miss the core of sweetness at the heart of Charles’ and Kemp’s relationship-- their past is tortured, but their bonds are stronger, and it’s a joy to watch them realize this as the story unfolds. Kemp is a knight in shining armor trying desperately to hide his noble side, and Charles is much much more complicated, and heroic, than he initially appears. I loved them both, and I loved who they were together. I was also impressed with the other characters in the novel-- Viva, Kemp’s sister, is a complete and total bad*** and my new favorite person. Maxine is a level of chaotic evil that should feel over-the-top but somehow doesn’t. The enigma that is head of security Williams is just begging for a book of his own. It’s also worth mentioning that the writing is really good-- the plot is tightly conceived and well paced, and the beginning, which drops readers into the middle of the whirlwind that is Charles and Kemp and then whisks them along for the ride, perfectly suits the kind of story this is. Highly recommended.

I received an ARC of this book and am voluntarily leaving a review.
Read more
Helpful
Report abuse

Vols77
5.0 out of 5 stars Emotional and Intense (In a Good Way)
Reviewed in the United States on November 12, 2020
I am not sure what to say about this book to do it justice. First let me say I have never read the author, but i will seek other opportunities to do so given how good this book is. The story is complex, real, painful, intense, emotional, yet hopeful. It is a book about two strong men, men with a past, men with issues, and men with secrets. Those secrets and issues move this book along in a well written story and plot. I was not sure what to expect from blurb but in the end the book is so much better than the blurb for me. I do not want to say too much other than to say it reminds me how we are all impacted by our past and how we must address those issues in our past before we can have a successful future. And that is true for Charles and Kemp, two men with issues, that cannot get out of their own way to have a relationship despite wanting one. I loved both men and some of the other supporting characters were downright evil making the story even better. this book is really good, but it is not your fluffy MM romance so know that, but trust me you will be moved by the book and the story. I did receive an ARC and leave this honest review.
Read more
Helpful
Report abuse

EQUUS
5.0 out of 5 stars Gritty, complex, emotional, angsty, steamy
Reviewed in the United States on November 22, 2020
I have no idea how I managed to miss this author so far, but I'm glad I found this gem. The writing is a far cry from usual "run of the mill' stories. The complexity of the characters will gripp you from the first pages and just won't let go. Right from the page one we run into a somewhat established and conflicted relationships between different people. The reasons are revealed trough memories and flashbacks as the story develops and so are the relationships - they are changing, strengthening (especially between the two men) as they are trying to define the nature of their tumultuous and steamy relationship that stemmed years before, and build something more, different. All of the characters are very well defined, complex and memorable. This maybe sounds too complicated but it's really not due to the brilliant writing - it takes you through this, angsty, emotional, steamy and complex story seamlessly. I'm really looking forward to read more from this author.
Read more
Helpful
Report abuse
See all reviews