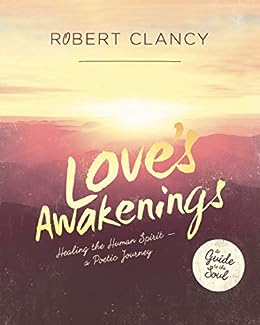 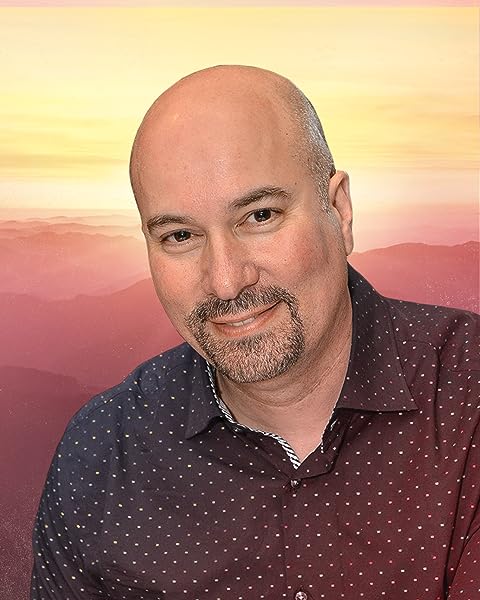 by Robert Clancy (Author) Format: Kindle Edition
See all formats and editions
Sorry, there was a problem loading this page. Try again.
A collection of over 70 inspirational poems and affirmations. Learn to purposefully use gratitude, hope & love to massively transform your life!
Read more
Previous page
Next page

Robert Clancy is a creative visionary, #1 international bestselling author, spiritual teacher, Christian minister and co-founder of Spiral Design. At age nineteen, Robert had a divine spiritual experience with one of God’s angels that altered his life in profound ways—something he kept a close secret for nearly thirty years of his life. In 2012, he created the Robert Clancy – Guide to the Soul Facebook fan page, where he shares his divinely inspired thoughts, now followed by nearly one million people worldwide.

He is a sought after speaker, presenter, and guest. Robert is a regular contributor and weekly guest on Los Angeles KABC Radio’s syndicated? Late Night Health Radio Show.? He’s also co-host and producer of The Mindset Reset Show, which has hosted notable guests such as the star of the hit film, The Secret, Dr. Joe Vitale, actor Kevin Sorbo, actress Dee Wallace, Arielle Ford, and Marci Shimoff among others. His latest book Soul Cyphers: Decoding a Life of Hope and Happiness quickly became a #1 international bestseller.

Robert is also a featured spiritual expert appearing with Dr. Joe Vitale, don Miguel Ruiz, Brian Tracy and Dannion Brinkley in the movie Becoming the Keys, released in early 2019. Robert also recently completed his filming of an episode for the 2018-19 season of the Emmy® Award-winning Dr. Nandi Show which reaches over 300 million people on major cable and satellite television networks such as Discovery and ABC.

Robert is a husband, father and 6th degree master black belt martial arts instructor. He is also a dedicated volunteer who completely embodies the spirit of service—a selfless commitment to helping others make a positive difference in the world.

"As humans we're all flawed, but that's also true for most diamonds until they're shaped with kindness and polished with loving care. All flowers eventually wilt; all tears will dry in time; all colors may fade in the setting sun, but unconditional love endures forever in the hearts of everyone you've touched with your beautiful soul."--Robert Clancy

"It really takes no effort to say something to another, but when you speak from your true spirit with love and kindness, it could mean the world to that other person. All words spoken from the heart are priceless."--Robert Clancy

LVWriter
5.0 out of 5 stars An Unexpected Individual: Robert Clancy
Reviewed in the United States 🇺🇸 on November 10, 2018
Verified Purchase
The media could not be loaded.
When I first met Robert Clancy and heard his story - of how he was touched by an angel - I was intrigued and wanted to know more. I say he is an "unexpected individual" because he's not what you'd expect from a coder or an Internet and design genius. He embodies a rare and authentic combination of the business world and the spiritual, divine world in which we live.

Possibly because of his early experience, Robert is one of the most unique, caring, and inspirational people I've ever known. His book, "Love's Awakenings: Healing the Human Spirit - A Poetic Journey", is the uplifting book that everyone should read. Even if your life is fast-paced and hectic, you'll appreciate being able to stop long enough to read a page or two each day. Wherever you are in your life, you're sure to get something special as you read Robert's inspired messages.

When I began production on my third film, "Becoming the Keys" (Jan. 2019), I invited Robert to share his story in a segment. I'm thrilled to be able to feature him and his authentic message of healing and the human spirit in this film.

For every day, though, being able to stop for a moment and take in the beauty of what he shared in this book will prove to be a transformative experience for you, the reader. Buy this book and enjoy the divine messages that it holds.
Read more
Helpful
Report abuse

Ana
5.0 out of 5 stars A warm, tender hug from the Universe
Reviewed in the United States 🇺🇸 on January 1, 2019
Verified Purchase
Loving, gentle and beautiful.
Sweet honey for the soul.
Thank You
Read more
Helpful
Report abuse

Daniel Gutierrez
5.0 out of 5 stars Heart Felt and Authentic
Reviewed in the United States 🇺🇸 on November 9, 2018
One of the things I love most about this author is his heart. His poetry feels like he was speaking to me directly. It has a way to open your heart and comfort you. Thank you for this amazing book and I look forward to the next one. This is a great book as a gift to someone needing comfort and needing to connect to themselves!
Read more
Helpful
Report abuse
See all reviews
Report an issue
Does this item contain inappropriate content?
Report
Do you believe that this item violates a copyright?
Report
Does this item contain quality or formatting issues?
Report