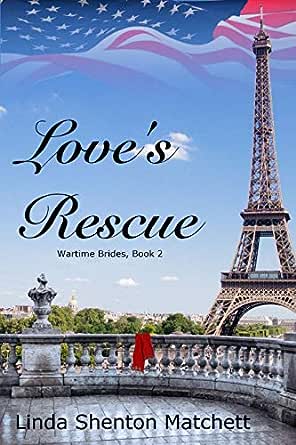 You've subscribed to Wartime Brides! We will preorder your items within 24 hours of when they become available. When new books are released, we'll charge your default payment method for the lowest price available during the pre-order period.
Update your device or payment method, cancel individual pre-orders or your subscription at
Your Memberships & Subscriptions
There was an error. We were unable to process your subscription due to an error. Please refresh and try again. 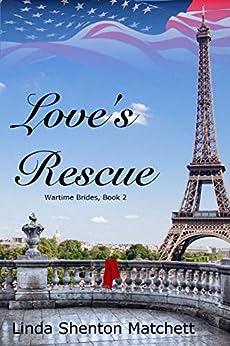 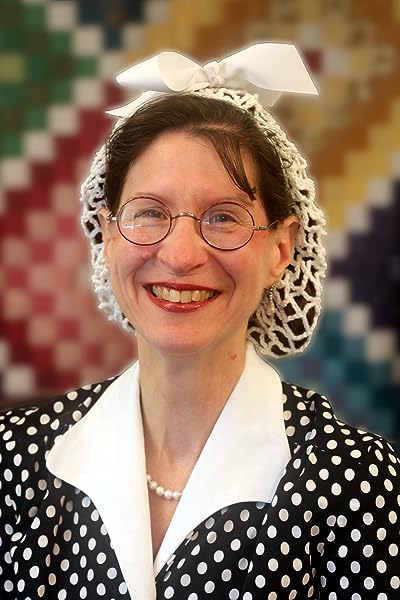 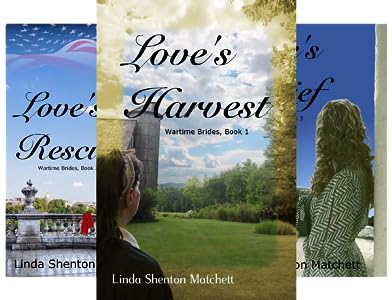 Linda Shenton Matchett is an author, speaker, and history geek. A native of Baltimore, Maryland, she was born a stone's throw from Fort McHenry and has lived in historic places all her life. Linda is a member of ACFW, RWA, and Sisters in Crime. She is a volunteer docent and archivist at the Wright Museum of WWII and a trustee for her local public library. --This text refers to the paperback edition.

4.4 out of 5 stars
4.4 out of 5
27 customer ratings
How does Amazon calculate star ratings?
Amazon calculates a product’s star ratings based on a machine learned model instead of a raw data average. The model takes into account factors including the age of a rating, whether the ratings are from verified purchasers, and factors that establish reviewer trustworthiness.
Top reviews

Deana
5.0 out of 5 stars Help, Hope and Forgiveness
Reviewed in the United States on April 16, 2019
Verified Purchase
This author is fast becoming one of my favorites. She has a keen eye for detail and her historical facts make the story realistic. I loved meeting Rolande and feeling her love for Christ. The book takes us to Paris in 1944. There is danger all around as Germany tries to take over France. My heart broke for Rolande as she is labeled a prostitute. No one knows that she is really gathering vital information that will help the Resistance. The author does a great job of developing her character and lets us see into her heart as she cries out at night for God to forgive her.

Simon has been assigned a very dangerous mission and his life is put in danger. His job as a spy for the Americans will find him dodging bullets and curious observations by German soldiers. It must have been very difficult to pretend you are a German soldier knowing at any minute your secret could be found out..

The story is very close to the biblical story of Rahab. I remember reading this story and thinking how powerful it was. Rolande is ridiculed for her sin but there is someone that sees past that and sees her inner beauty. Her comfort is in God and her goal is to save herself and her family from the war. I loved reading how Simon was able to have compassion for Rolande and know that she is a woman worthy to be loved. The relationship between them is slow and I liked how they each had to learn how to trust each other.

It was hard to put the book down and I was anxious as the war became more dangerous. The story makes you feel right there as Rolande tries to convince her family to trust her. She wants to save them but will they trust her? The ending is powerful and a great lesson in forgiveness, trust and judging others.

I received a copy of this book from the Celebrate Lit.. The review is my own opinion.
Read more
Helpful
Comment Report abuse

Debra Brigden
5.0 out of 5 stars Wonderful Retelling of Rahab
Reviewed in the United States on March 1, 2019
Verified Purchase
Linda Shenton Matchett masterfully writes a retelling of the Biblical Story of Rahab. Love’s Rescue is set in occupied France in 1944. Rolande is a prostitute and Simon is a First Lieutenant in the American Army. Through salvation and God’s mercy and grace Rolande and Simon find love in the midst of war. I loved Love’s Rescue and highly recommend it!
Read more
Helpful
Comment Report abuse

cdscotton
3.0 out of 5 stars Quick, Satisfying Read
Reviewed in the United States on April 21, 2019
Love’s Rescue is the first book I’ve read by Linda Shenton Matchett. It’s the second in the Wartime Brides series but works completely fine as a standalone book. Love’s Rescue is set in German occupied Paris, France, near the end of World War II.

Ms. Shenton Matchett has written a great story that explores topics including survival, redemption, and trusting in God.

Rolande is our main character. She is a French woman forced into prostitution and eventually becomes a member of the French Resistance. Rolande is smart and resourceful and though she is aware of what her family and other people think of her, she is unapologetic about what she had to do to survive. She is hesitant to believe that God can use someone like her to do His work, but learns to trust that is true.

Simon is our other main character. He’s an American soldier who is tasked with infiltrating Paris to ascertain the locations of German troops before the Allied invasion of Paris. He’s a nice character who is uneasy about what he’s done in the war and takes an instant liking to Rolande.

Because this is a novella, the romance between Rolande and Simon feels rushed, but we expect that out of these shorter stories. Love’s Rescue felt extremely quick, however, and it spent a lot of time on the set up of the story that could’ve been discarded.

The novella is a very quick and easy read, but Ms. Shenton Matchett creates emotions and depth in the main characters that belies the shortness of the story. Despite the rushed romance, both Rolande and Simon are fully realized characters with motivations and character actions that make sense for their respective plotlines and characters.

I give Love’s Rescue 3/5 stars and can recommend it to anyone looking for a quick, somewhat satisfying read that explores themes of redemption and trust.

**I received a complimentary copy of this book from CelebrateLit. All opinions are my own.**
Read more
Helpful
Comment Report abuse
See all reviews from the United States