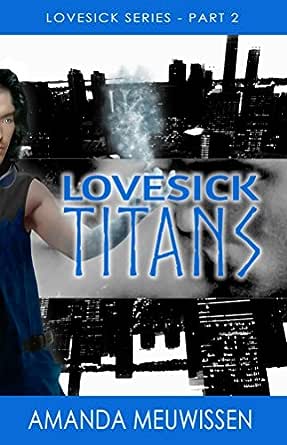 You've subscribed to Lovesick! We will preorder your items within 24 hours of when they become available. When new books are released, we'll charge your default payment method for the lowest price available during the pre-order period.
Update your device or payment method, cancel individual pre-orders or your subscription at
Your Memberships & Subscriptions
There was an error. We were unable to process your subscription due to an error. Please refresh and try again. 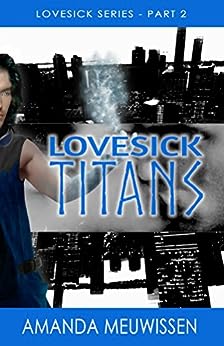 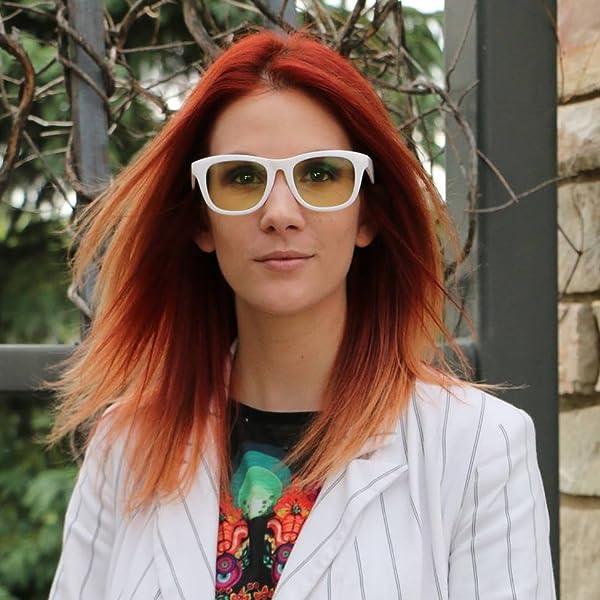 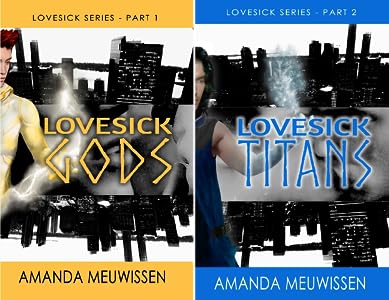 Amanda Meuwissen has been writing and posting online for many years, including maintaining the website and blog for the software company Outsell. She is an avid writer and consumer of fiction through film, prose, and video games, and is the author of the paranormal romance trilogy The Incubus Saga and young adult novel Life as a Teenage Vampire. Amanda lives in Minneapolis, MN, with her husband, John, and their two cats. --This text refers to the paperback edition.

Kristen Burns
5.0 out of 5 stars Mental Illness, Superpowers, Friends, Family, & Love!
Reviewed in the United States on June 7, 2018
*I received an ecopy of this book from the author. This has not influenced my review.*

The first book in this series surprised me with how much I loved it simply because I don't normally care for books about superheroes. But I quickly become invested in the characters and their relationship, and this continuation, which picked up right where the previous book left off, was just as wonderful. Now I'm kind of sad that this duology is over because I've grown so fond of these characters!

Look, I will admit this book had a few things I could complain about. There were things that pushed my suspension of disbelief, like some technology they had that made no sense. There were moments when the timing of things was just too perfect to be realistic. The characters could be rather dramatic with how they acted/reacted/drew things out.

And that relationship, as I said, it was not without its struggles and messed up moments, but these characters fought for each other. They cared about each other. They talked to and supported each other. And I could really feel the connection between them. They were just so beautiful together.

There was also just so much emotion in general. It was the kind of emotion that I could feel but that didn't actually bring me down. I just really wanted to give the characters hugs and make things right for them because I felt so bad for them.

Speaking of which, I felt especially bad for Danny, who was still struggling so much with depression and even suicidal thoughts. This story had a well-written, heart-tugging portrayal of depression, but also a great portrayal of the best, most fiercely supportive friends and family a person could have.

As for everything else... The writing itself was great and pulled me in. The characters were all lovable (except the antagonist, for obvious reasons). The plot was a good balance of high emotion moments, quiet downtime, and superpower-filled action.

Overall, this book took everything that had been building up in the first book, made it all explode in the characters' faces, but then wrapped everything up in a satisfying way and left me with a warm, happy feeling. This was a story of mental illness, superpowers, friends, family, and love, and I'm really glad I read it!

TLLUND
5.0 out of 5 stars Five Stars
Reviewed in the United States on May 10, 2018
Please make this available for purchase through Kindle...
Read more
Helpful
Comment Report abuse
See all reviews

Shari Sakurai
5.0 out of 5 stars This is a brilliant series and I cannot recommend it enough
Reviewed in the United Kingdom on July 28, 2018
Verified Purchase
*I received this book for free in exchange for an honest review*

Lovesick Titans is the second instalment of the Lovesick series and picks up right where Lovesick Gods left off. Still reeling from their confrontation with new supervillain Cassidy Ludgate – Hades – Danny and Mal soon find their new relationship under strain. Mal, having accepted that his feelings for Danny go way beyond that of a casual fling, wants to protect him, not only from Hades but also his own demons. However Mal is unaware that Danny is struggling with just more than the guilt and pain brought about by his final confrontation with Thanatos. Their entire relationship was built on a lie and Danny’s desire for revenge. Desperately wanting to tell the truth and also declare his love for Mal, Danny prepares to come clean but Mal learns of his deception before the hero can tell him himself. Delighted at the prospect of Zeus and Prometheus fighting each other rather than him, Hades seeks to take advantage of the situation as he steps up his plan for revenge.

I enjoyed the final part of the series just as much as the first novel. The fallout from Danny’s lies hit quite early on and as Danny struggles to try and make things right, Mal just wants to lash out and hurt him as he has been hurt. The families and friends from both sides quickly rally round, not only to offer support but to help in the coming battle against Hades.

As with the first novel this one tackles the issues of anxiety, depression and suicidal thoughts and does so in a very realistic manner which also draws great sympathy to what the characters are going through.

There is plenty of action throughout. The story is just as fast-paced and well-crafted as the first. The supporting characters fully come into their own as the two ‘sides’ merge and each one has something important to offer so none of them truly feel like merely ‘support’. Danny and Mal’s attempts to rebuild their relationship shows more tender moments and just how much they truly care for each other; emotions that you can really feel throughout the novel, even when they are fighting against each other.

The final battle against Hades is excellent and keeps you guessing right up the last second. I loved this series so much and was sad when I read the last page. Part of me does hope for a continuation so that we can see how Danny and Mal’s relationship develops further in the future, however it does end perfectly as it is.

This is a brilliant series and I cannot recommend it enough.
Read more
Report abuse
See all reviews