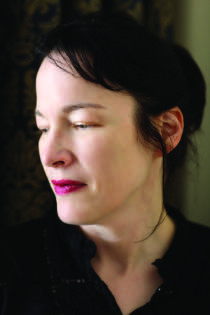 “An important book for learning to say ‘me too.'" -- Elena Ferrante

“A rueful, razor-sharp memoir…funnier than you’d think was possible....Sebold’s commanding skill as a narrator (at her best, describing the awful crime itself, she brings to mind a fierce young Joan Didion) forces you to relive her terror....This is a brave and modest work of demystification.... She tells what it’s like to go through a particular kind of nightmare in order to tell what it’s like—slowly, bumpily, triumphantly—to heal.”

"In the midst of each wrenching episode, from the initial attack to the ensuing courtroom drama, Sebold's wit is as powerful as her searing candor... a fiercely observed memoir about how an incident of such profound violence can change the course of one's life.", Publishers Weekly

"A stunningly crafted and unsparing account... a memoir that reads like detective fiction... told with mettle and intelligence, Sebold's story of fierce determination to wrest back her life from her rapist will inspire and challenge.", Kirkus Reviews

"Lucky-- which reads like a John Grisham page-turner-- can't help but haunt you... Sebold's is a story about having the courage to speak about the unspeakable."
-- Sheryl Altman, Biography

"Reading Lucky, which I did in a single sitting, I was struck by the awful solitude that violence brings, both at the moment and in its aftermath. In this brilliant, eloquent, funny, precise account of how she survived rape and the pursuit of justice, Alice Sebold has triumphantly broken that solitude. We, her readers, are the fortunate beneficiaries." -- Margot Livesey

"This book proves at once the astounding bravery of Alice Sebold in the face of dreadful circumstance and the extraordinary power of words to heal. Sebold has made beauty out of agony." -- Carolyn See

"Sharp-eyed and unsentimental... It's hard to believe that a book about brutal rape and its aftermath could actually be inspirational. But despite its disturbing subject, Alice Sebold's Lucky is exhilirating to read. Raped in a tunnel when she was a freshman at Syracuse University, the ironic, nervy Sebold refused to let the experience diminish her... or her sense of humor... Reading Lucky, you understand how Sebold succeeded in persuading a judge that what happened to her occurred precisely-- word for word, detail for detail-- the way she described it." -- Francine Prose, Elle

"This carefully detailed memoir is a tour de force of memory and rage.", Self

"A harrowing story that's still vibrating and flexible... Give Alice Sebold your attention for her first five pages and you're in for the whole ride." -- Sally Eckhoff, Salon

Enormously visceral, emotionally gripping, and imbued with the belief that justice is possible even after the most horrific of crimes, Alice Sebold's compelling memoir of her rape at the age of eighteen is a story that takes hold of you and won't let go.

Sebold fulfills a promise that she made to herself in the very tunnel where she was raped: someday she would write a book about her experience. With Lucky she delivers on that promise with mordant wit and an eye for life's absurdities, as she describes what she was like both as a young girl before the rape and how that rape changed but did not sink the woman she later became.

It is Alice's indomitable spirit that we come to know in these pages. The same young woman who sets her sights on becoming an Ethel Merman -- style diva one day (despite her braces, bad complexion, and extra weight) encounters what is still thought of today as the crime from which no woman can ever really recover. In an account that is at once heartrending and hilarious, we see Alice's spirit prevail as she struggles to have a normal college experience in the aftermath of this harrowing, life-changing event.

No less gripping is the almost unbelievable role that coincidence plays in the unfolding of Sebold's narrative. Her case, placed in the inactive file, is miraculously opened again six months later when she sees her rapist on the street. This begins the long road to what dominates these pages: the struggle for triumph and understanding -- in the courtroom and outside in the world.

Lucky is, quite simply, a real-life thriller. In its literary style and narrative tension we never lose sight of why this life story is worth reading. At the end we are leftstanding in the wake of devastating violence, and, like the writer, we have come to know what it means to survive.

Alice Sebold is the author of three #1 bestselling books, including Lucky, and the novels The Lovely Bones and The Almost Moon. Her work has been translated into more than fifty languages and has appeared in The New York Times and The Guardian, among other publications. She is a member of the National Leadership Council for RAINN.org (Rape, Abuse & Incest National Network). She lives in California.
Read more