Lucky and millions of other books are available for Amazon Kindle. Learn more

$23.17
+ Free Shipping
Sold by: californiabooks
Have one to sell?
Sell on Amazon 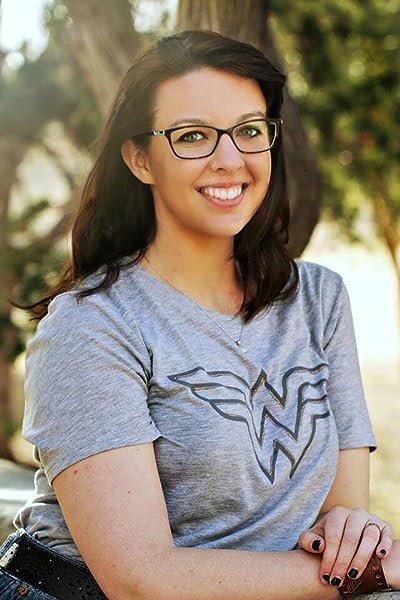 RH Webster grew up in rural Alabama, reading everything she could get her hands on. She started writing her first novel at the ripe old age of 13, and while that particular work remains incomplete, she never lost the dream to one day become a novelist. She now lives in sunny El Paso, Texas, with her other half and two adorable terrier mix rescue puppies, named Charlie and Rosie. Lucky is her first novel to be published.
Start reading Lucky on your Kindle in under a minute.

4.6 out of 5 stars
4.6 out of 5
24 global ratings
How are ratings calculated?
To calculate the overall star rating and percentage breakdown by star, we don’t use a simple average. Instead, our system considers things like how recent a review is and if the reviewer bought the item on Amazon. It also analyzes reviews to verify trustworthiness.

Æµ§œš¹
3.0 out of 5 stars A fun space romance
Reviewed in the United States on April 6, 2020
Verified Purchase
The eponymous character, Cassandra Luckenbach, has been stuck on the planet San Pedro after her anthropological thesis research funding ran out. She's finally able to afford a ticket to United Earth, but is commissioned to work as a secretary for Commander Donner (Trigg). They grow close during the trip. When they stop at Newport, they discover that their pilot, Tom Jackson, has been running drugs for the black market. They stop Jackson and fall in love. This wasn't a bad read, though I could tell that the focus was on the romantic tension between Trigg and Lucky because not much else was happening for most of the story. Looking at other takes on this book, a lot of people have described this as being like Firefly and I don't really see it. The crew doesn't have a close-knit dynamic, there's more characters, and I don't get a sense that these people are trying to skirt the law like with Firefly. I could say that it's like Star Trek with romance, but maybe we can just say that it's space romance. The story worked and I didn't mind that it was a low-stakes narrative that took place in space or that it wasn't a grand space opera adventure. I was a little thrown off that the first POV we get, that of Felina Sanchez, turns out to be someone who is not at all important to the rest of story.

I get the sense that the catapult system, which is how ships travel offworld, was inspired by a roller coaster ride.
Read more
One person found this helpful
Helpful
Report abuse

John Matlock
5.0 out of 5 stars A Delightful Read
Reviewed in the United States on June 11, 2020
Verified Purchase
This book reminded me a lot of the Heinlein book Podkayne of Mars. It's kind of a coming of age story. 'Lucky', graduate student Cassandra 'Lucky' Luckenbach, finds herself nearly broke working as essentially a secretary to the captain of a 'Tramp' space freighter going from planet to planet working her way back to Earth. But suddenly she is in the middle of excitement and adventure.

The one puzzlement I had was the introduction led me to believe that the lead character in the first chapter would be the main character in the book. She isn't, but don't worry, she'll be back eventually. It's a fairly short book, well maybe it isn't so short at 256 pages. Perhaps it just seemed that way as the book is so easy reading.

I recommend this book as a good start for a new and unknown (to me) author.

Kindle Customer
4.0 out of 5 stars Love and Duty
Reviewed in the United States on December 23, 2020
Verified Purchase
Lucky is a little more heavy on the romance than I'd expected, but that's not a knock on it. The chemistry between Trigg, Lucky, and the whole crew is fantastic. The world is dirty, gritty, and deadly. There's very much a Jane Austen feel to the story that revolves around Trigg and Lucky navigating their relationship both professionally and romantically. Eventually, a mystery enshrouds the crew, and that manages to throw in some nice twists to their dynamics. I love the blending of the southwest into the great expanse of space. Through dialogue and culture of the colonies especially, you get a real idea of how their world was built without stopping the adventure to info dump the history.
Read more
Helpful
Report abuse

Jon Perrotti
5.0 out of 5 stars Sci-fi/adventure-romance fusion in a light, fun mood
Reviewed in the United States on July 26, 2020
Verified Purchase
This upbeat space adventure-romance offers the reader a fun escape with plenty of wit, quirkiness, and warmth. It takes place in the region of space close to Earth where planet-colonies are included in busy routes for trade and travel. While many novels set in space will feature sleek and fabulous spaceships with pretentious explanations of futuristic technology, the merchant spaceship Rosebud is a kind of ramshackle clunker occupied by fun and interesting crew and passengers. The endearing Luckenbach is asked to help out on the Rosebud as a temporary crew member but soon becomes an indispensable member of the motley team. The ship’s commander, affectionately known as Trigg, has had bad luck with love in the past, but he is attracted to Lucky both physically and intellectually. The space colony of Newport, a kind of Wild West with corruption and outlaws, becomes the setting for the unraveling of a murderous smuggling operation. Thrown together to solve the mystery and confront the culprits, Lucky and Trigg find each other along with the way. The author reflects the influences of her west Texas home with Latinx characters and occasional Spanish phrases along with such unique details as a reference to the aroma of fresh tortillas in the markets of Newport. This anime-flavored tale is populated by colorful characters such as Giovanna Marino, who prays the rosary and beats everyone at chess, the tell-it-like-it-is canteen cook Miss Johnnie “from the southern part of the North American region called Georgia,” and the gullible Stubbs with his pet rocks. Lucky represents a fresh new avenue for sci-fi. No dark dystopia here—instead, look for flirting and grins and shots of Jack Daniel whiskey.
Read more
Helpful
Report abuse

Jane-Holly Meissner
5.0 out of 5 stars You’re gonna love this book
Reviewed in the United States on March 6, 2021
Verified Purchase
Webster has struck gold with Lucky. I am late to the party but once I started reading this book I could barely put it down! I adored the characters and the chemistry between Trigg and Lucky (and all the Rosebud’s crew members) is really fantastic. I could see this story as a movie! Such a great time following along with the Rosebud on a routine space journey that has some unexpected complications (romantic and otherwise).
Read more
Helpful
Report abuse

jdgriffith78
5.0 out of 5 stars A great space tale
Reviewed in the United States on March 21, 2018
Verified Purchase
A wonderful, well written story for those that enjoy a good syfy story with a dash of romance, and murderous betrayal. The story revolves around Lucky as she signs on to work on the freight ship Rosebud, in order to get back home on Earth. Things tale a turn as some of the crew members notice that things onboard aren't as they appear to be. I thoroughly enjoyed this story! With the ways the characters interacted on the Rosebud, it kept making me think of the show Firefly. I highly recommend this one!
Read more
2 people found this helpful
Helpful
Report abuse

acweston
4.0 out of 5 stars Everyone loves space westerns!!
Reviewed in the United States on March 21, 2018
Verified Purchase
"Space" and "western" come together delightfully in this space western - scruffy miners and barmaids and space marines mix together, sudden shoot-outs and problems with the gravity plates on the spaceship. The world-building is great, the characters are diverse and entertaining, and several moments made me gasp out loud. Highly enjoyed!
Read more
2 people found this helpful
Helpful
Report abuse
See all reviews
Back to top
Get to Know Us
Make Money with Us
Amazon Payment Products
Let Us Help You
EnglishChoose a language for shopping. United StatesChoose a country/region for shopping.
© 1996-2021, Amazon.com, Inc. or its affiliates