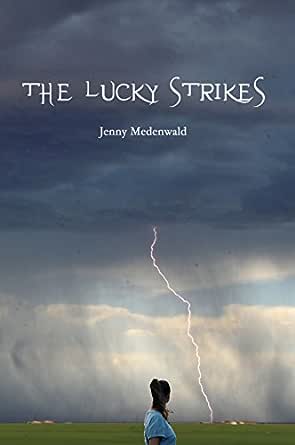 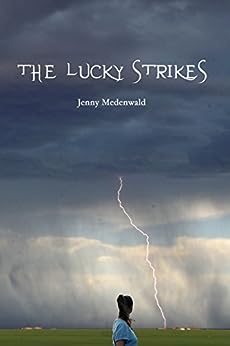 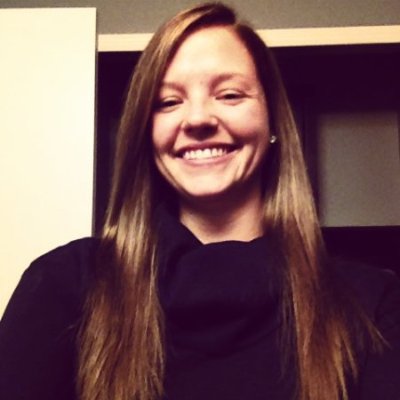 Jenny Medenwald was born and raised in the Midwest. She loves: coffee, the smell of fresh cut grass, red wine, winter, bonfires, rainy days curled up with a good book, tattoos, her husband and, of course, writing. Not necessarily in that order. She hates: obscenely hot weather, rude people, and bad grammar. Jenny started writing not long after graduating with an English degree from Indiana University. She has several young adult novels published on amazon.com with plans for many more. Jenny, her husband and Tyson call Indianapolis home. For more information visit her website at: jennymedenwald.com --This text refers to the paperback edition.

Happy Together
5.0 out of 5 stars Fresh. Real. Good writing and a compelling plot!
Reviewed in the United States on July 7, 2020
Verified Purchase
The Lucky Strikes, told through the protagonist’s voice of seventeen-year old Roxie, is a fresh and unique story about a girl and her father relocating in Florida.

“A fun fact I learned after we picked a location for our New Lives: Arcadia comes in first place as the one town in the U.S. that has the most people struck by lightning every year. Seriously, it’s actually in a section of Florida called Lightning Alley. Go figure. But that’s where we are, just barely into our New Lives. Finally managing to escape a special circle of hell and start fresh.”

And it is that “circle of hell” that the story is built on. The reader begins a journey of what it’s like to survive a lightning strike and suddenly becoming the “freak” at a new high school while trying to keep her true identity a secret. The author, Jenny Medenwald nails Roxie’s inner battle with her emotions that seem to change—blow in like a summer storm—and successfully portrays Roxie’s unbending nature of the interactions she has with the supporting characters in the story. The author’s portrayal of young Roxie not only shares the oddities of Mother Nature, she shares the oddity of Human Nature. Multifaceted and often times surprising the reader, it is the protagonist’s internal truthfulness, likeability that will draw you in and the question of why did they leave home keeps you invested in the story. The ending is perfect. Perfect in the sense of an independent teenager determined to find the place she belongs and can be herself.
A book targeted for the Teen and Young Adult, this story will resonate with any age. Keep in mind good writing is good writing. Believable characters and compelling plots are crucial regardless of who’s picking up the book. Jenny Medenwald has just shouted to the world that she is in fact an author. And a good one.

Author JB Richards
5.0 out of 5 stars A Superlative, Suspenseful Teen Psychological Thriller!
Reviewed in the United States on May 11, 2020
Verified Purchase
Overview: Teenager Roxie Bishop and her dad are desperate to escape an unfortunate past when they settle in Arcadia, Florida. While trying to blend in, Roxie suffers an unfortunate lightning strike, and a support group—The Lucky Strikes—becomes her haven. But, can Roxie trust her new friends not to betray her when the past suddenly catches up with her?

Author Jenny Medenwald writes a convincing and highly relatable story about the undying loyalty and love a daughter can have for her father as seen through the eyes of a likable but troubled teenage protagonist.

After being put through a series of bizarre circumstances, Roxie tries hard to keep her chin up, believing that she’s effectively dealing with the stress she’s suffered as she tries to adjust to a hurried move, a new school, tentative friendships, and an unfamiliar town. At stake is her and her father’s freedom from legal prosecution after fleeing with her from their old hometown. Author Medenwald builds a suspenseful plotline, concealing the actual reason for her characters’ flight, by adding thrills, chills, and paranoia worthy of a taut, best selling mystery novel as Roxie interprets the many threats intent on exposing her secret lurking around every corner.

For the majority of this read, Madenwald’s characters are all rather sketchy as she keeps a tight rein on each of their backgrounds, causing readers to choose, then negate, suspected lures and spies who would turn Roxie and her dad in to the authorities. But, should we even be on Roxie’s side? Who is this supposedly evil woman chasing down the Bishops? Is Roxie the victim of a would-be kidnapping or has she already been abducted? Readers will have a hard time deciding who is in the right and who is in the wrong as this compelling and riveting story continues.

At the time I read “The Lucky Strikes” on Kindle, the novel was classified as a Children’s Mystery, however, this story reflects the life of a seventeen-year-old girl who is anything but a child. The instances portrayed in this story deal with adult topics, including domestic violence and abuse, unwanted pregnancy, and child abduction. This tale is aimed at older teens and not younger minors under the age of thirteen. Survivors of the aforementioned situations should exercise discretion in selecting this novel since it may act as a trigger for certain individuals.

“The Lucky Strikes” is a fast-paced and engrossing story containing adult language and situations. It is a superlative and suspenseful teen psychological thriller that I highly recommend for anyone who loves teenage and young adult mystery novels.
Read more