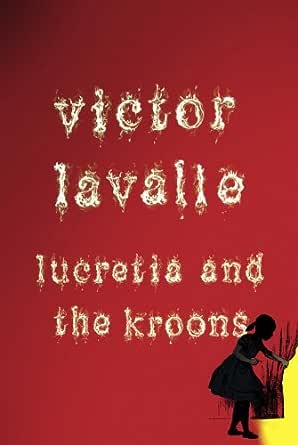 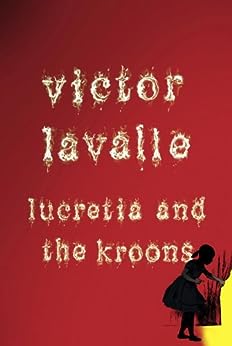 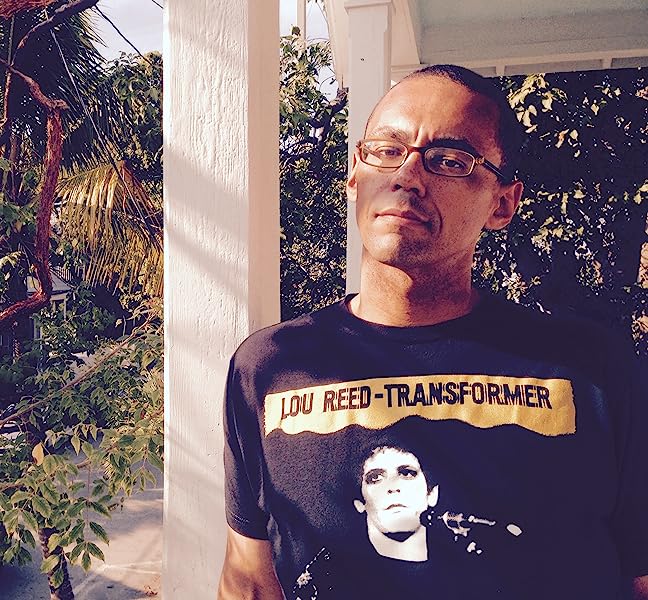 "Being young doesn't protect you. Horrors come for kids, too" is a lesson Lucretia "Loochie" Gardner learns the hard way in this gripping novella. Loochie is a plucky 12-year-old from Queens living in an apartment complex rife with rumored creatures from the underworld. She struggles to come to terms with her best friend Sunny's ongoing battle with cancer, as the two have been inseparable for years. When Sunny returns home from her latest round of treatment, the girls make a plan to hang out at Loochie's--without parental supervision. But Sunny doesn't show, and Loochie dives into twisted waters in her quest to find her best friend. This fantastical tale by widely-praised novelist Victor LaValle is about children, but markedly for grownups. The author writes as though he too has faced the sobering horrors that childhood can contain. LaValle allows Loochie's heroism real complexity. Encounters with demented crackheads, winged rats and haunted playgrounds push Loochie to confront her many fears, but none are quite as scary as knowing she may lose Sunny forever. --Raya Jalabi

3.8 out of 5 stars
3.8 out of 5
53 global ratings
How are ratings calculated?
To calculate the overall star rating and percentage breakdown by star, we don’t use a simple average. Instead, our system considers things like how recent a review is and if the reviewer bought the item on Amazon. It also analyzes reviews to verify trustworthiness.
Top reviews

unilion513
5.0 out of 5 stars You gotta read about Loochie
Reviewed in the United States on May 31, 2017
Verified Purchase
I am new to Victor Lavalle. Threads of searching through 'you might also like this' we're what I followed to get to here. Straying off track is something I excel at.

But mental illness is a family trait, and reading other stories, fiction or not, intrigue me.

I bought a used copy of The Devil In Silver. Loochie is a part of it, and so I wanted to read her story. Our realities are subjective. There is Dark Matter, and The God Particle, and quantum physics messing up rules some of us know have never been true rules at all.

As Loochie is to learn all on her own. Humanity is chaos; Our Creator's spoke in the wheel. You simply Cannot put us into specially labeled boxes.
Read this story for its hope. And its courage.
Read more
2 people found this helpful
Helpful
Comment Report abuse

Michelle R.
4.0 out of 5 stars Immediately Purchased the Author's Novel After Reading This...
Reviewed in the United States on September 27, 2012
Verified Purchase
One of the best experiences for a reader is to discover a new author. While this was not a 5 star read for me, there was so much good here, and I felt so connected to the words -- they spoke to me, no pun intended -- that I immediately and unhesitatingly purchased  The Devil in Silver: A Novel .

I believed Lucretia's world, even when it broke from reality, or *maybe* broke from reality. I believed Lucretia believed everything, and I remembered what it felt like to be a young and sensitive girl in a big, sometimes scart, city. (In my case, Detroit.) The setting of this book incorporates the best and the worst of urban life -- the wondrous and the gritty, and is seen through the eyes of a child learning that the world is a dangerous place, even for children. (Perhaps especially for children.)

I think there is also something interesting to be said about perception being reality. Whether Lucretia's experiences are objectively real or not doesn't matter; all of this is *real to her,* and so it's all real to the reader.

Mr. LaValle has a wonderful instinct for storytelling, and I found myself in the happy situation of the language and plot flowing so smoothly that I floated along, never noticing how far I had drifted from the shore, or -- perhaps more accurately -- how deep into the park I'd wandered with Loochie!

(I'm about 6% into Devil in Silver, and enjoying it quite a bit!)
Read more
2 people found this helpful
Helpful
Comment Report abuse

Craig C
3.0 out of 5 stars Loochie
Reviewed in the United States on February 1, 2019
Verified Purchase
So I thought I would like this better than I did. I felt in many was Lucretia was a better character than Pepper in The Devil in Silver. But instead of a character portrayal that shows perhaps the beginning of mental illness it tells the story of some version of the afterlife and how it's perceived in a horror story that is far too short to really have any character arc.
Because of how grounded in reality the Devil in Silver ends up being I don't really understand how this short story fits in.
If you didn't find the main novel entertaining I would give this sorry a pass as well.
Read more
Helpful
Comment Report abuse

Darryl R. Morris
3.0 out of 5 stars An interesting horror story and prequel to a superb novel
Reviewed in the United States on August 23, 2012
Verified Purchase
This novella, which serves as a prequel to LaValle's latest novel "The Devil in Silver", is about Lucretia ("Loochie") Granger, a girl who lives with her mother in an apartment in Queens, NY at the turn of the millenium. Her 12th birthday party was ruined by three mean girls from her school who were unwanted guests invited by Loochie's mother. Her best friend Sunny, a girl who lives in the same building, was undergoing treatment for cancer at St. Jude Children's Research Hospital in Memphis at that time. Loochie saves a portion of her ice cream birthday cake and plans a private birthday party for herself and Sunny once she returns to Queens two months later. Unfortunately on the day of the party Sunny has apparently been kidnapped by the Kroons, the "neighbors" in a sealed off apartment just above Loochie's home, who are the survivors of a family of crackheads that terrorized the children of the neighborhood in the 1980s and 1990s. Loochie climbs the fire escape to rescue her friend, but she is forced to flee for her own life from the murderous, zombie-like Kroons. She enters a bizarre version of Flushing Meadows Park, the site of the two previous World's Fairs in NYC, through a room in the apartment, while the Kroons are in hot pursuit of her.

This was an interesting horror story, but it isn't essential to a reading of "The Devil in Silver", and it wasn't nearly as good as that very enjoyable novel.
Read more
Helpful
Comment Report abuse

William Merrill
VINE VOICE
3.0 out of 5 stars A relatively worthy kid’s fantasy story
Reviewed in the United States on January 11, 2018
Verified Purchase
(3 & 1/2 stars)
This is middle-grade fantasy story with a bit of foul language. I largely enjoyed the book, divided into “grim reality” and “alternative fantasy world” (my own descriptions). The grim reality section goes on too long in the first part of the novel, to the point where I thought that’s all it would be about. Then it abruptly moves to the fantasy world, and the story gets much more interesting. However, the depressing reality of the “our world” part of the book was not something I liked reading.
Read more
Helpful
Comment Report abuse

Calvin B.
4.0 out of 5 stars A truely great book
Reviewed in the United States on July 17, 2018
Verified Purchase
I really liked this book.
I liked how it explored feels of death and social angst through the depiction of a young black girl and her friends. How she grows and struggles through the span of the fictionally created world in just a few hours is illustrated beautifully.
Despite its near fairytale feel, this is deep story that is fun and stimulating to read.
Well worth reading.
Read more
Helpful
Comment Report abuse

Mai in Wonderland
4.0 out of 5 stars Tuff Stuff
Reviewed in the United States on August 27, 2019
Verified Purchase
Let's be real. I didn't really know what I was getting into when I started this. It's about a little girl losing her best friend to illness and how she processes it.

I love the Lucretia and the book but it's a bit rough. (on the emotions)
Read more
Helpful
Comment Report abuse

Rob
5.0 out of 5 stars Painful for those of you who experienced loss and suffering as children.
Reviewed in the United States on December 31, 2018
Verified Purchase
Early review, I'm about halfway through. I love Lavalle's work, so I will admit to bias. I'm reading this slow as I typically read literature as opposed to pulp. LaValle is masterful when it comes to writing Lit. In such a way. So far, I've found the story heartbreaking. Loochie was a great character and having her backstory is heart wrenching. I will update the review on completion.
Read more
Helpful
Comment Report abuse
See all reviews