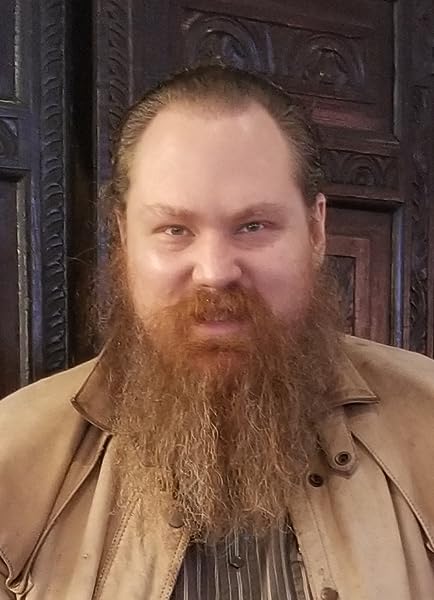 The Luddite's Guide to Technology: The Past Writes Back to Humane Tech! (Best Works)

The Luddite's Guide to Technology: The Past Writes Back to Humane Tech! comes from the "Major Works" series by C.J.S. Hayward and blends philosophical inspection with science, Luddite orthodoxy, and a curious blend of life inspection. It romps through the world of new devices with a clever eye towards considering the guideposts of technology choices.

In the discipline of ethics, the Golden Rule represents a feat in formulating ethics: a single, short criterion that sheds light on many situations, and Hayward takes a cue, opening with a formulation of a "Silicon Rule" of "What do Silicon Valley technology executives choose for their children?" with a surprising answer: Steve Jobs did not give his children iPhones and iPads but walls of paper books and animated discussions with them. This single criterion unfolds at length in variations on the theme of right use of technology.

C.J.S. Hayward (abbreviated "CSH" for "C.S. Hayward" on Facebook) adopts a revealing, chatty tone that winds intellectual debate, spiritual reflection, and cultural and social analysis in a curious, compelling manner. While this tone might not be for all readers, it will prove exceptionally fun and thought-provoking for those who relish both humor and a spiritual/philosophical style of inspection: "I remember, on environmental issues, someone talking softly about how "subdue the earth" in Genesis 1 originally meant a very gentle mastery. That was everything I wanted to believe, and I'd still like it to be true, but it has been said that the Hebrew has the force of, "trample it under foot!" Should we lord it over the earth? That's one thing I think we have done disproportionately well. However, I bring this up for a reason. I believe we can, should, and perhaps need to lord it over technology, and the basis for our interactions, above the assumed life in the Church and frequent reception of sacraments, is the bedrock to how we should relate to technology. We should reject most use of technology along marketing propositions."

Indeed, it is the Orthodox reader versed in this discipline and Biblical references and inspections who will most likely be fascinated by the technological probe Hayward undertakes here. This audience will also appreciate the scholarly yet accessible inspections that consider such elements as 'porn mode' in a browser, Newtonian physics, the pros and cons of assistive technologies, and how technology shifts the mindsets of children and adults alike, as in the Lego scenario: "Charles Baudelaire, in his "la Morale du Joujou" ("the moral of the toy") talks about toys and the fact that the best toys leave something to the imagination. Children at play will imagine that a bar of soap is a car; girls playing with dolls will play the same imagined drama with rag dolls as they will with dolls worth hundreds of dollars. There has been a shift, where Lego sets have shifted from providing raw material to being a specific model, made of specialized pieces, that the child is not supposed to imagine, only to assemble."...

The result is a literary blend of spiritual, social, and technological reflection wound in an overlay of tongue-in-cheek wry humor. Besides Eastern Orthodox and those interested in Eastern Orthodoxy, the work commends itself to those interested in the social dimensions of technology, including those drawn to the Lead Pencil Society and the Humane Tech movement, and the Nature Connection movement. The Luddite's Guide to Technology will especially appeal to intellectual thinkers interested in the intersection between orthodox beliefs and technology's allure.

Midwest Book Review
The Luddite's Guide to Technology represents the collected works of CJS Hayward, and is especially recommended for any who have either not read Hayward before, or have had singular or limited access to his writings. It's a gathering of reflections on how technology and science can not only intrigue and involve people, but absorb them to the point that the barriers between humanity and technology become blurred.

There are numerous essays here, from a reflection on technology and faith in 'Religion and Science Is Not Just Intelligent Design vs. Evolution' to 'Plato: The Allegory of...the Flickering Screen', which connects ancient philosophy to modern screen-oriented approaches to life.

Essay titles are contemporary and catchy ('Veni, Vidi, Vomi: A Look at, "Do You Want to Date My Avatar"?' and the title piece 'The Luddite's Guide to Technology') and invite readers to understand the fine line between Biblical and spiritual approaches and technological perspectives.

The author is himself an IT pro, so his approach isn't anti-science; but rather represents a modified view of the perils and potentials of technology and the user's role and experience in handling it: "...I haven't laid the reins on the horse's neck. I only use a well-chosen fragment of my iPhone's capabilities, and I try not to use it too much: I like to be able to use the web without speed being much of an issue, but I'm not on the web all the time. And I have never thought 'My wheels are my freedom;' I try to drive insofar as it advances some particular goal."

As the essays unfold, readers comes to realize that the author is in fact advocating a kind of detachment - and stepping back - from the potentials of technology in order to regain social and spiritual perspectives and values that don't always lie on screen.

From amassing wealth in the face of poverty to what happens when the desire for technology's benefits supersedes and changes the structure and beliefs of religion itself, The Luddite's Guide to Technology identifies widespread and dangerous trends in the worship of technology - and offers Hayward's own clues on how to effect personal, spiritual and social change to counter these trends.

What keeps these writings engrossing and charged is Hayward's vivid language and descriptive choices: "The marketing proposition of texting is an intravenous drip of noise. IM's are similar, if not always as mobile as cell phones, and email is a weaker form of the drug that youth are abandoning for a stronger version."

There are solid political insights as well: "But for all of these things, GPSes, as well as cell phones in general, provide one more means for Big Brother (and possibly more than one Big Brother) to know exactly where you go, when you go there, what the patterns are, and other things where Big Brother will keep closer tabs on your whereabouts and activities than your spouse or parent."

And lest you think these reflections to be solely intellectual or spiritual in nature, the topics offer a surprising range of applications; from surveys of the changing hospitality industry and heating and air conditioning world to business ("There are a number of technologies whose marketing proposition is as a noise delivery system.")

Expect a wide-ranging series of discussions that link technology to values, social and spiritual issues, politics and business, and the changing value in everyday life. Also expect an incredibly lively read, drawing on Orthodoxy and spiced with Hayward's astute observations of worlds modern and past and his own interconnectedness with technology and religious values.

The Luddite's Guide to Technology should be in the hands of any who want to re-consider their use of and approaches to technology in a changing world, and is a top recommendation.

Start reading The Luddite's Guide to Technology on your Kindle in under a minute.

1.8 out of 5 stars
1.8 out of 5
2 global ratings
How are ratings calculated?
To calculate the overall star rating and percentage breakdown by star, we don’t use a simple average. Instead, our system considers things like how recent a review is and if the reviewer bought the item on Amazon. It also analyzes reviews to verify trustworthiness.
Top reviews

“Religion without Bounds of Amusement” was another great article, a satire really, and one that works to get the author’s point across. “Singularity”, a few articles later, was another eye-opener. The book ends with “The Luddite’s Guide to Technology”, a solid article raising some valid points. I received a free copy of this book in exchange for an honest review.
Read more
2 people found this helpful
Helpful
Comment Report abuse
See all reviews