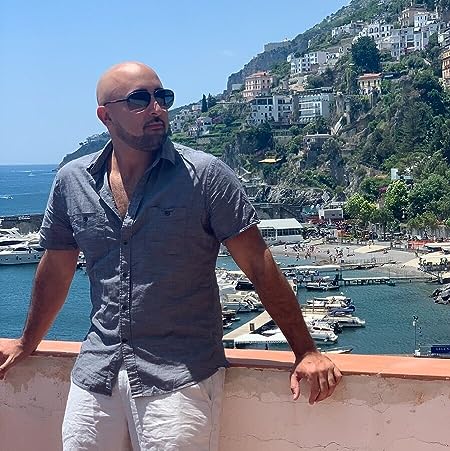 Luis Diaz is a Puerto Rican author residing in Fernandina Beach, FL. He currently works as an air traffic controller after serving four years in the Navy and contracting in Afghanistan and Guantanamo Bay for almost three years. He is a world traveler, having visited at least 25 countries and loves to learn and embrace other cultures while also being very proud of his Puerto Rican heritage and representing it across the globe. He is married to his high school crush, Krystal Diaz and they are expecting their first child, Gabriela Rose, April 2022. Their family is also accompanied by Rocky, the coolest golden doodle on the planet, if you ask him yourself.

Luis began writing in October 2021 after many years of contemplating when to begin, as most authors do. His first book, WHAT'$ ¥OUR NUMB€R?, is set to be released in March 2022 with plans for a sequel, WHAT'$ ¥OUR NUMB2R?, already under way. But first, he will write a novel he's been extremely passionate about, Not Lost, Not Found... A story about a military veteran, who after a traumatic event in war, attempts to find his way in life while dealing with his PTSD as he travels the globe. Expected release date, Veteran's Day 2022. 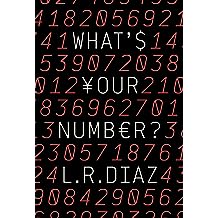 How much money would it take for you to drop everything and live the life you’ve always dreamed of?

After a hypothetical conversation at work, Luis is prompted to purchase a lottery ticket to one of the biggest jackpots in recent history. Luck had always been on his side throughout life as he’d been fortunate enough to reconnect with an old crush, Krystal, a decade after initially meeting her. The beautiful marriage that ensued, brought along many travels and adventures, including a set of twins. Having established careers, afforded them the luxury of living a more than comfortable lifestyle. Life was good, until a bit of luck changed everything…

Upon his return from a celebratory guys’ trip to the Bahamas, everything back at home started to crumble. Having spent some time with a wealthy top model and entrepreneur, Jasmine, he’d met during the trip, Luis began to look at life through a different lens. A much wealthier one. He craved a lavish and more opulent lifestyle and temptations slowly turned Luis into a person his family and friends could no longer recognize. What was supposed to be a life-changing lottery prize for the better, had instead created a great deal of turmoil as he fights a battle of morality with himself, while setting off across the world’s most luxurious cities. A story about how a fortune could turn a family man’s life upside down, for better or for worse, will have you asking yourself, WHAT’$ ¥OUR NUMB€R?


ABOUT THE AUTHOR
L.R. Diaz is a Puerto Rican author who currently resides in Fernandina Beach, FL. He has traveled to over 25 countries and loves to get lost in other cultures, while studying their way of life. Luis is a Navy veteran and air traffic controller, and is expecting his first child, Gabriela, with his beloved wife of five years, Krystal. They also have a goldendoodle named Rocky, who also loves books…as chew toys.