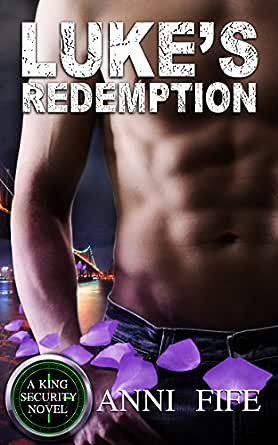 You've subscribed to A King Security Novel! We will preorder your items within 24 hours of when they become available. When new books are released, we'll charge your default payment method for the lowest price available during the pre-order period.
Update your device or payment method, cancel individual pre-orders or your subscription at
Your Memberships & Subscriptions
There was an error. We were unable to process your subscription due to an error. Please refresh and try again. 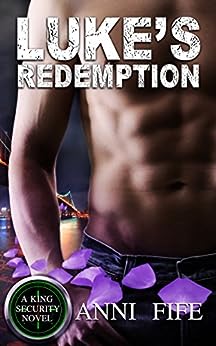 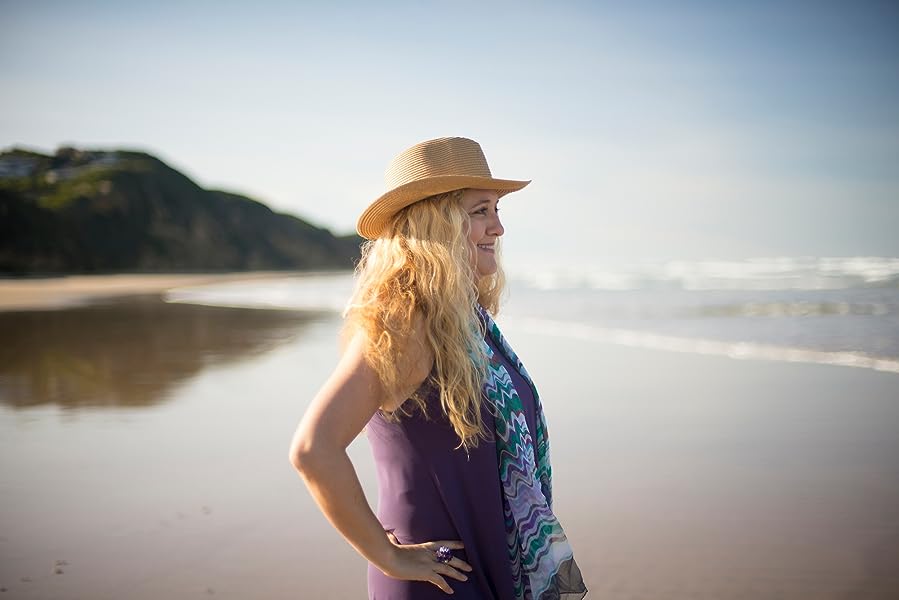 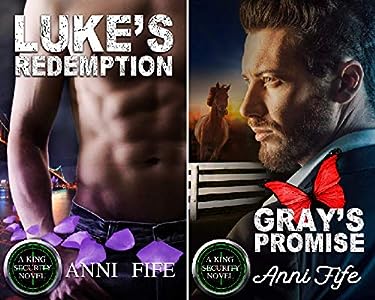 "Luke's Redemption has Alpha males in spades! ... fans of this genre will not be disappointed." - InDtale Magazine

"Anni Fife has scored a homerun." - Read Your Writes Blog

Up 'Til Dawn Book Blog
4.0 out of 5 stars When secrecy brings you together then rips you apart...
Reviewed in the United States on November 22, 2016
**Disclaimer: I received a complimentary copy of this book in exchange for honest review.**

Katya wants out. Out of her father's grasp and away from his criminal empire. After hearing of his plans to marry her off to a man she despises, Katya has no choice but to flee. But on the way out, she takes a flash drive for insurance. Little does she know, but her father isn't the only one interested in the drive.

Luke is just doing his job. He's the good guy, working hard to put criminals behind bars. At least, that's what he keeps telling himself. His new assignment of retrieving the flash drive is becoming a disaster-in-the-making as he feels himself quickly falling for Katya's sweet smile and sugar coated lips.

After one amazing night together, neither of their lives will ever be the same. But when the sun rises, the sting of betrayal leaves Katya with a broken heart and Luke with instant regret. With thousands of miles between them, years pass by. Then Luke and Katya somehow find themselves back together, again, desperately trying to mend their hearts and survive the turmoil of a vengeful nemesis, painful memories, and secrets galore.

This book had a lot to offer. There was romance, mystery, and action. A few surprises and twists, too. Several of the secondary characters were entertaining and the love scenes had plenty of spice. Once I started reading this book, I had a hard time putting it down.

I was completely on board with the story for at least the first three-quarters of the book. Then, I noticed some repetition and plotlines that dragged on, almost as if the story got away from the author a bit. I think there could have been a satisfactory ending about 50 pages earlier, completely omitting the entire scene with Julian. It's just my personal opinion, as my enjoyment tends to wane if a story goes too long and delays conclusion.

Despite that, I really enjoyed this book. The first half left me on the edge of my seat, watching our couple meet, separate, and come together, again. I actually liked the way the POV changed from first-person when with Katya to third-person when it was Luke's side of the story. That was something I hadn't really seen before.

In closing...
It looks like Luke's best bud, Gray, will be next to have his story told. I am looking forward to it! Four suns!
Read more
2 people found this helpful
Helpful
Comment Report abuse

Carmen Stefanescu
5.0 out of 5 stars Nonstop action, characters you can relate to
Reviewed in the United States on November 23, 2016
Great Anni Fife debut story with a surprising ending, and great characters . Luke’s Redemption is a wonderfully imaginative tale that blends action, romance, and modern day drama into a captivating story where Katya must keep on running from her mob father, from his partners in crime, from her sad past and from her present wounded heart.

Nobody is who they claim to be, a thing that complicates things and turns the book into a fast paced thriller/romance.

I was unsure at the beginning of Luke’s Redemption as to how I would like it, but I found myself addicted to the story and I could not put the book down. I had to force myself a times to just take a step back, a breath and relax before continuing on with the book as I was so very caught up in the plot. What a fast paced page turner! I loved every dark angsty emotional minute of this book! Excellent HEA!

The story goes on a roller coaster ride of emotions for both Katya and Michael/Luke. As he himself states somewhere in the story :”Over the last days she had been put through the wringer. Most people would have curled up and died.

I passed through different stages of emotion regarding the main character - curiosity, empathy, rolling up my eyes in frustration at many of Katya’s moments of stubbornness. I would have boxed her ears.

You'll love the setting, the characters, the hints and secrets. The secondary characters are well-developed and interesting,too, and the story doesn't go anywhere near where I thought it was going. I love that! It's hard to gush without giving away spoilers or I'd be listing all the specific things that I loved, so I'll just say, "
If you want nonstop action, characters you can relate to (but don’t clog up the plot) read this book!"
Recommend!
I received an ARC copy in exchange for an honest review.
Read more
Helpful
Comment Report abuse

JudyB
4.0 out of 5 stars Really liked this book
Reviewed in the United States on December 21, 2017
Verified Purchase
4.5 Stars for me. Finally a really good contemporary romance with believable characters and a host of hot alpha males. I really liked the slow build up and even the six year break in the relationship. I actually felt Luke and Katya's distress, regret and deep feelings of love. Yes, there were some inconsistencies in the book that made you stop and think but they didn't override the love story between the two main characters for me. There's drama galore with Katya being chased by the criminals and with a family member who wants Katya's part of the family inheritance but she's always saved by Luke.
At times Katya comes across as a spoiled princess. Yes she feels unloved by her criminal underworld father but in the end realizes things are not as they always seem. Luke makes two serious mistakes in the relationship but finally realizes the girls in his life come before his responsibilities to his job. There's a HEA and while both had relationships during the years of separation there's no cheating once they are committed.
This is this author's first book and I think she did an amazing job. I've already one clicked the second book in the series about Gray and at 30% I'm also enjoying it. I look forward to reading about all of the characters that were introduced in this first book
Read more
One person found this helpful
Helpful
Comment Report abuse

Amazon Customer
5.0 out of 5 stars A delightful holiday read
Reviewed in the United States on July 2, 2017
Verified Purchase
This book is the perfect "forget-the-world-and-relax" read. Okay, maybe add in a bit of drool :-) as the characters are sexy and intriguing. I got so involved with the characters, I even dreamt of them ;-) I was amazed that this is her first novel. Off to a great start, I can't wait for the next one!
Read more
One person found this helpful
Helpful
Comment Report abuse

D KLEIN
5.0 out of 5 stars LOVED IT
Reviewed in the United Kingdom on January 30, 2017
Verified Purchase
I love finding a new author in the HOT romance genre and Anni Fife definitely delivers. The story of Luke and Katya comes with twists and turns leaving you waiting until the very last page. I also really loved the way Anni develops the secondary characters and I'm excited to see how Grey's story turns out.
Read more
Report abuse

Krassy
5.0 out of 5 stars Unputdownable!
Reviewed in the United Kingdom on January 14, 2017
Verified Purchase
Loved this book. Could not put it down! So much action, heart ache, twists and brilliant characters. Really enjoyed it. Is there a sequel? Can't wait!
Read more
Report abuse

Marianne Pearson
5.0 out of 5 stars Good Read
Reviewed in the United Kingdom on December 8, 2017
Verified Purchase
Enjoyed the book from start to finish, romantic, hot passion, and tells a good story. Looking forward to the next book "Gray's Promise".
Read more
Report abuse
See all reviews